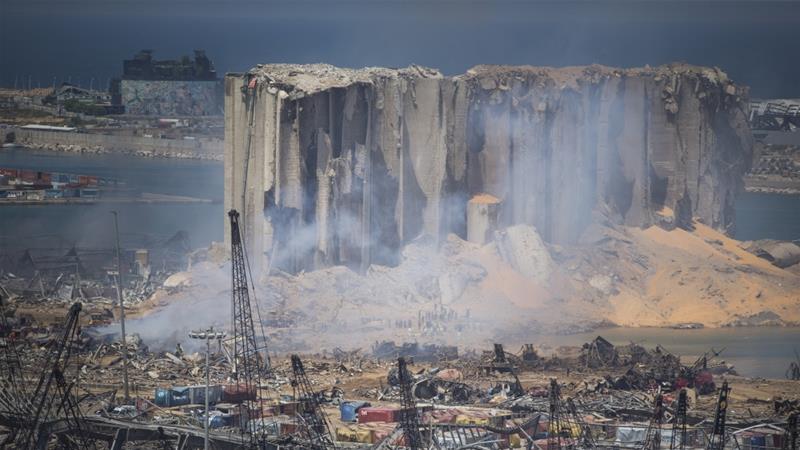 The Lebanese government has declared a two-week state of emergency in Beirut, effectively giving the military full powers, after a massive explosion devastated Lebanon’s capital and killed at least 135 people.

About 5,000 people were wounded in the blast and rescue workers continued the search for survivors on Wednesday, combing through the wreckage of buildings. Dozens of people remained missing and the death toll was expected to rise.

The cause of the explosion was not immediately clear but officials have linked it to a large stockpile of ammonium nitrate that was stored at the port for years.

After an emergency Cabinet meeting on Wednesday, the government said it would place an unspecified number of Beirut port officials under house arrest pending an investigation into how the highly explosive material came to be stored at the port.

The government said the military would oversee the house arrest of those responsible for storage and guarding at the Beirut port from June 2014 until the explosion.

The responsible officials would be put under house arrest “as soon as possible” after their identities were determined by an investigative committee headed by the justice minister and including the prime minister and the heads of major security agencies, Information Minister Manal Abdelsamad said.

The house arrest would be done “within the next five days”, the period given for the investigative committee to conclude its findings and hand them over to the judiciary, the minister said.

State prosecutor Ghassan Oueidat ordered security agencies to start an immediate investigation and collect all reports and letters related to the materials stored at the port as well as lists of people in charge of maintenance, storage and protection of the hangar.

President Michel Aoun said 2,750 tonnes of ammonium nitrate, used in fertilisers and bombs, had been stored for six years at the port without safety measures.

He said in a national address that the government was “determined to investigate and expose what happened as soon as possible, to hold the responsible and the negligent accountable.”

The explosion on Tuesday destroyed much of the port, damaging buildings across the capital and sending a giant mushroom cloud into the sky.

“Families are searching for answers … dozens of families do not know the fate of their loved ones,”  she said on Tuesday.

The explosion, hitting with the force of a 3.5-magnitude earthquake, was the biggest ever seen in Beirut, a city rocked by a 1975-1990 civil war and bombarded in conflicts with Israel.

Lebanon, an eastern Mediterranean nation of six million people, is in the throes of an economic meltdown that has crushed businesses, thrown tens of thousands of people out of work and led the currency to dramatically depreciate.

Those hardships have only intensified in the wake of the coronavirus pandemic.