The iconic children’s toy maker Lego is now targeting adults looking to find release from the stresses of daily life.

A promotional video released by the brand shows a young woman trying to find peace through yoga. But she gives up on the exercise as she finds it too taxing – and reaches for Lego instead.

The targeted advert then tells social media users and internet browsers that ‘building with Lego bricks reduces stress and improves your wellbeing’.

It comes after the toy giant launched crowdfunded sets in which adults are invited to build the skeleton and customise with skin. 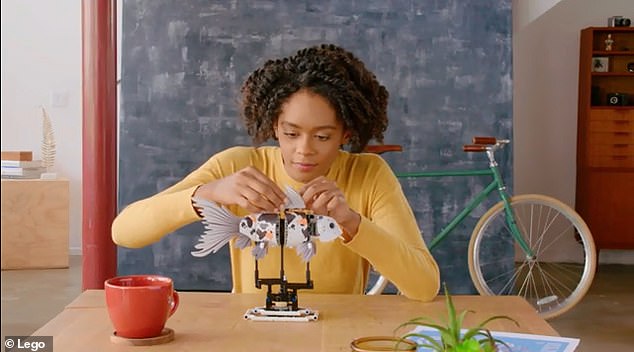 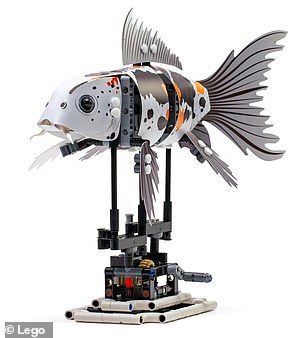 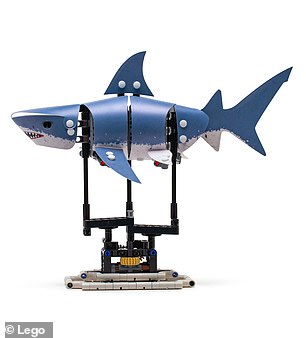 The Lego Forma range (pictured) allows people to build the skeleton and then colour in the skin. The Crowdfunded toys were launched last year

The skin can be coloured in after building and the fish even swims when you turn its crank.

The range – called Lego Forma – aims to show consumers the ‘simple satisfaction of building with your hands’ and was launched on indiegogo last year.

Lego’s push into the adult market follows a rise in the enjoyment of jigsaws as well as colouring in among older consumers.

Vice President of the company’s Creative Play Lab, Tom Donaldson, told Wired that in a world of smartphones there is a desire to retreat to the more hands-on and physical. 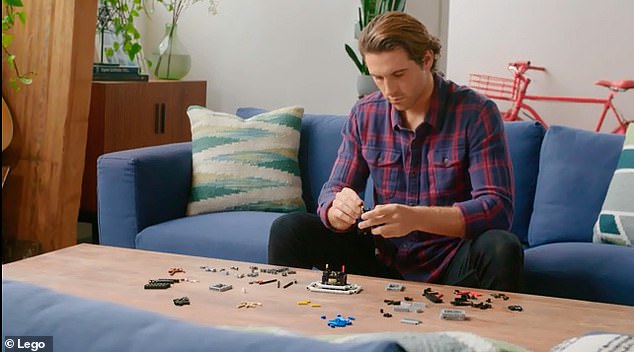 For every £9 spent on toys, £1 is by adults buying one for themselves, analysts at NPD found.

Spending on toys by adults buying for themselves has increased by £30million since 2016, with building sets to most popular items among older consumers.

Millennials are behind the trend, with more than half of the spending coming from people aged 18 to 34.

Research by Lego showed that 91 per cent of adults said playing improved their wellbeing, with 86 per cent saying it made them more relaxed.

A spokesperson for the company said it has ‘a strong adult fan base’ and says its adult sets offer ‘creative projects for adults allowing for a few hours of off-screen me-time’.