The Unite boss – whose left-wing views has seen him dubbed ‘Red Len’ – says many MPs think they have a job for life and have become unaccountable to their members.

He said local activists should be able to kick ‘Corbyn haters’ out of office if they follow the right procedures.

And Mr McCluskey, a close Corbyn ally, said he would welcome the departure of moderate MPs who are a thorn in the side of the leadership, saying ‘good riddance’. 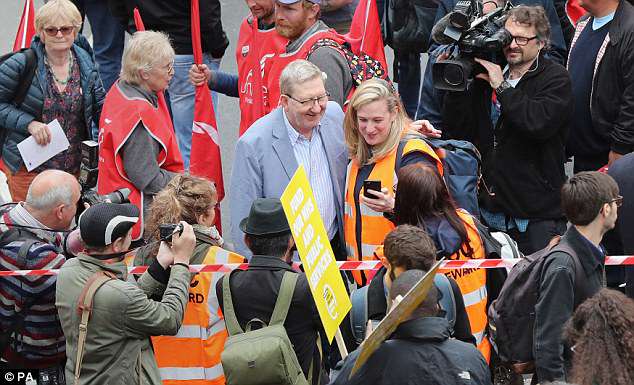 His comments will renew fears activists and their trade union allies are mobilising to purge MPs who criticise the radical  turn to the left Mr Corbyn is taking the party down.

And they were slammed by Labour deputy leader Tom Watson who warned it would be a ‘mistake’ to oust hardworking MPs.

In an interview with the BBC, Mr McCluskey said: ‘I’m a great believer in accountability and Labour MPs over a number of years have become a little stale in terms of accountability.

‘It is as though they have a job for life and they don’t have to respond to anyone.

‘Well if their local party members decide they don’t want them to represent them anymore and use the appropriate procedures the they should leave and I wont cry over it.

‘Good riddance in a sense.’

Mr McCluskey insisted the MPs who criticise Mr Corbyn  are ‘not moderates but right-wingers – there’s a small rump of them’. 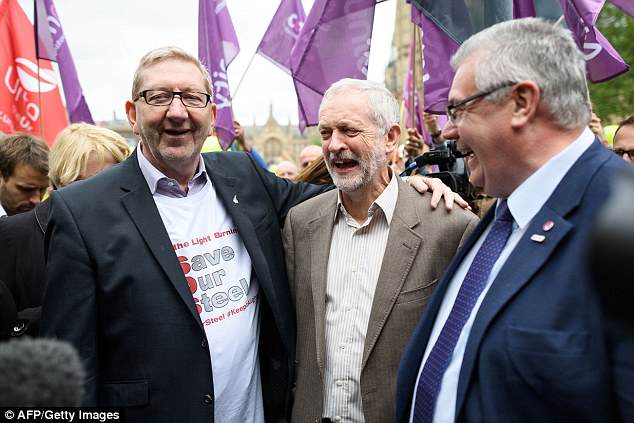 He added: ‘They want to criticise Corbyn on anything and everything.’

And he also scrambled to defend Mr Corbyn over claims he has been far to slow in tackling anti-Semitism among his supporters.

The Unite boss branded the criticisms  ‘grossly unfair’, and accused ‘forces inside Labour headquarters’ of deliberately dragging their feet in handling complaints to embarrass their leader.

But speaking today, Mr Watson slapped down the union boss over the call to deselect Labour MPs.

He said: ‘If he’s saying that he thinks we should start removing hard-working Labour MPs from office then I think that would be a mistake.’

He added:  ‘I think it would be a diversion from our ability to campaign against Tory austerity, which is what I assume Mr McCluskey wants Labour MPs to be doing.’