Leonardo da Vinci is widely considered to be one of the brightest intellects in the history of mankind. Today, there are fewer than 20 pieces of his known work in circulation, with the last piece – which sold for half a billion dollars – being discovered back in 2005. However, after taking a closer look at one of his unfinished pieces, researchers may have discovered the first self-portrait of the 15th-century genius.

The Adoration of the Madi is one of the earliest paintings produced by da Vinci and hangs – unfinished – at the Uffizi Gallery in Florence, Italy.

BBC presenter Fiona Bruce visited the city in 2011 as part of the “Da Vinci: The Lost Treasures” series and left with more questions than answers.

She told viewers: “This painting in Uffizi is unfinished and, at first glance, looks a bit of a mess.

“It’s so dark and jumbled, it’s hard to even know what is going on. 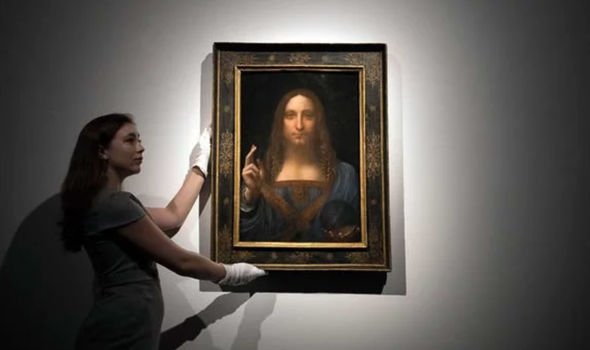 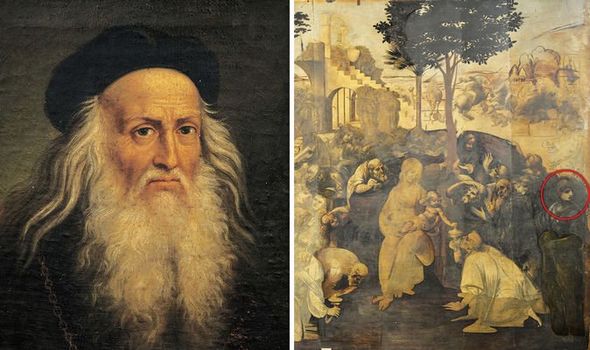 If that’s true, it may be the only image we have of Leonardo as a young man

“It’s a common religious subject – the moment when the three wise men come to pay homage to the infant Christ.

“Instead of the usual group of static, silent reverential worshippers though, there is something completely different going on.

“The only still figure at the centre is Mary and baby Jesus.”

However, Ms Bruce went on to suggest that one figure appeared different from its peers, suggesting it could be da Vinci himself.

She added: “Around her (Mary), there is life, vitality, chaos – there’s even something slightly threatening about the way the crowd is pressing in on her and the faces – some of them even skull-like. 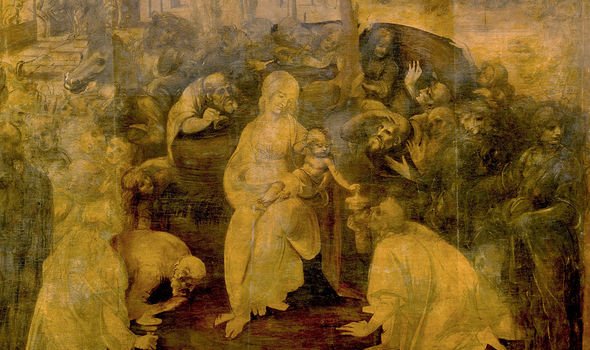 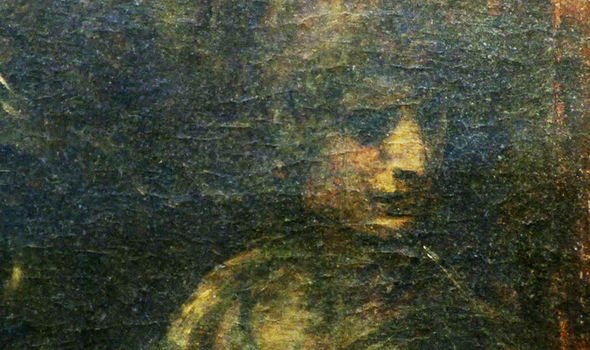 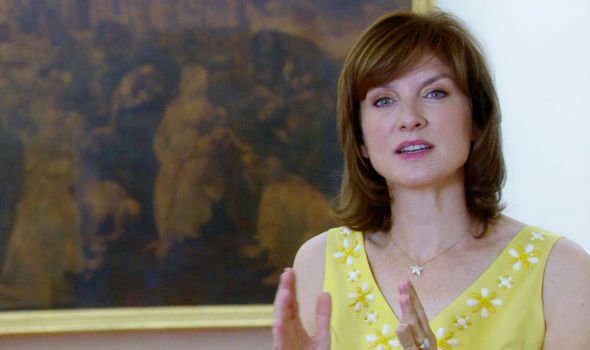 “However, there is one interesting detail to the right of the picture – the one figure who is standing looking away from the action.

“Many artists at the time would put a self-portrait in their work and it is believed that is, in fact, a portrait of Leonardo himself.

“If that’s true, it may be the only image we have of Leonardo as a young man.

“It is not known why Leonardo didn’t finish the painting, but he became notorious for abandoning projects halfway through.”