Lesbian woman, 20, is left bloodied and bruised after ‘being battered to the floor in attack by homophobic thugs’

A lesbian woman has been left bloodied and bruised after she was attacked by a stranger who reigned punches on the terrified 20-year-old from behind.

Charlie Graham had been on her way to meet a friend in Sunderland on Saturday morning when she was struck from behind.

She was attacked by two homophobic thugs and has been left shaken by the attack.

Charlie has now posted the images online in a bid to track down the attackers who she claimed pushed her to the ground, before fleeing from the scene. 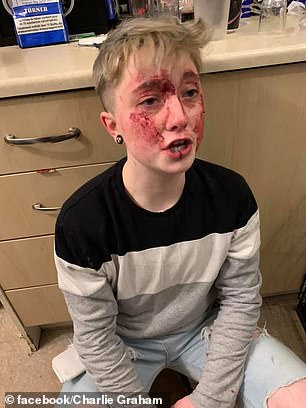 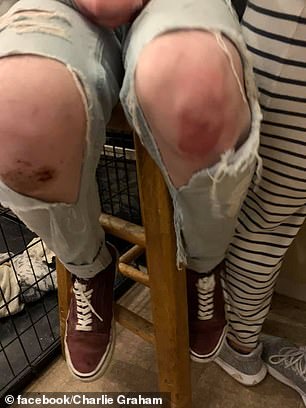 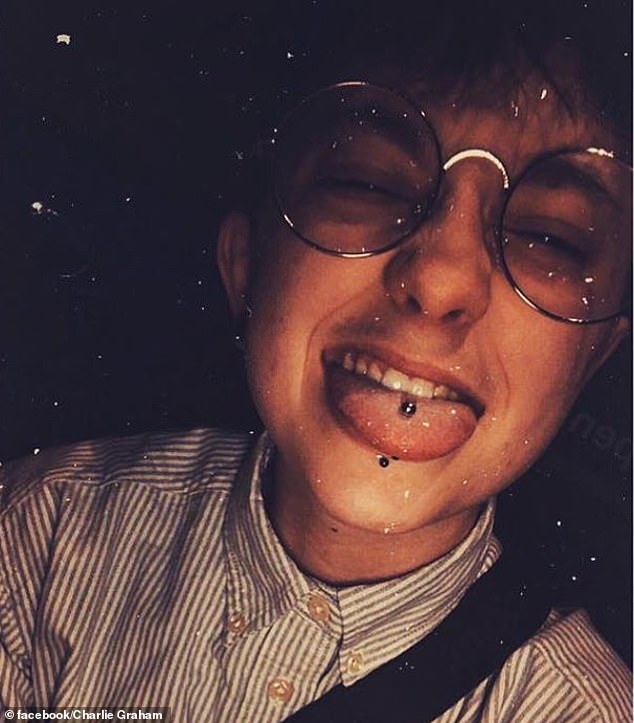 Speaking to the Daily Star Online she said she was hit on the back of her head before she fell to the ground, hurting her legs and face.

‘I tried to get back up, but they pushed me back to the ground and the two guys ran off. I was left bleeding and scared.’

She says it is the fifth time she has been targeted for her sexuality and now suffers from panic attacks and is too nervous to leave the house.

Charlie said she had previously been attacked and believes it is not the last time this will happen.

She said it has knocked her confidence and added that she no longer goes anywhere on her own, as she only feels comfortable at her mother’s house.

‘I have panic attacks and anxiety attacks just thinking about going home in case they find out where I live and decide to come through the door, or I get attacked in my own home.

‘I have had people threatening to come through my door and smash the windows in.’

She now says that she has had to accept homophobia as a fact of life and added that people should be proud of who they are.

Charlie said people should be accepted and that she has tried to not let the incidents ‘beat her up’. 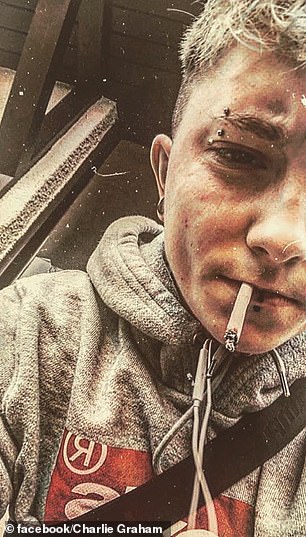 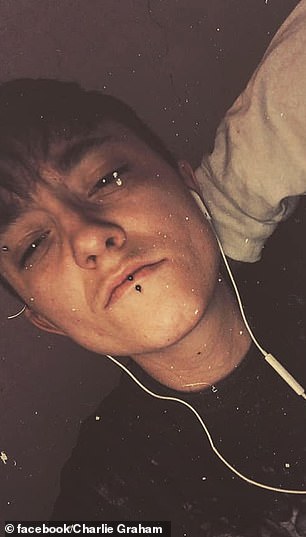 Charlie, who says she ‘acts like a boy’, has accepted homophobia as a fact of life.

‘I do worry if it happens again that it is worse than it was before. It did scare me, but I thought ‘it’s just one of those things… it’s happened again. What am I supposed to do about it? It happens everywhere. It’s my bad luck’.

She added that she ‘does look and act like a boy’, but said her lack of femininity does not mean she is an aggressive person.

After the incident her aunt Natalie Singh helped her clean up. She said Charlie was ‘dazed and her eyes were rolling into the back of her head’.

This is while her mother Michelle Storey, 47, said her daughter often faces abuse and that at times they can laugh about it.

She added that it doesn’t matter to her what Charlie’s sexuality is ‘as long as she is happy and loved’.

Detectives have since confirmed they are treating the incident as a hate crime.

A Northumbria Police spokesman said: ‘We can confirm we are investigating a report of an assault on Blackwood Road in the Town End Farm area of Sunderland at about 00.50am on Saturday morning.

‘It was reported that a 20-year-old woman was walking home when she was subjected to homophobic abuse and assaulted by two males.

‘She was not seriously injured during the incident but was very shaken up by the attack. Enquiries to identify those responsible is ongoing but this is being treated as a hate crime by police.’

Anyone who witnessed the attack on Charlie, or has information that could help police, should call officers on 101 quoting log 46 11/01/20.