Lewis Hamilton favourite for BBC Sports Personality of the Year

Lewis Hamilton is the odds-on favourite to be named BBC Sports Personality of the Year as tonight’s ceremony gets underway – with performances coming up from Celeste and Rick Astley.

After winning his seventh Formula 1 world championship, Lewis Hamilton is favourite to win Sports Personality of the Year.

Tyson Fury failed to appear on the show after demanding he be removed from this year’s list, saying he was the ‘people’s champion’.

Gabby Logan told viewers: ‘As you may have heard, Tyson has asked that people do not vote for him.

‘He’s decided not to engage with the show or accept any award and that is Tyson’s choice.’ 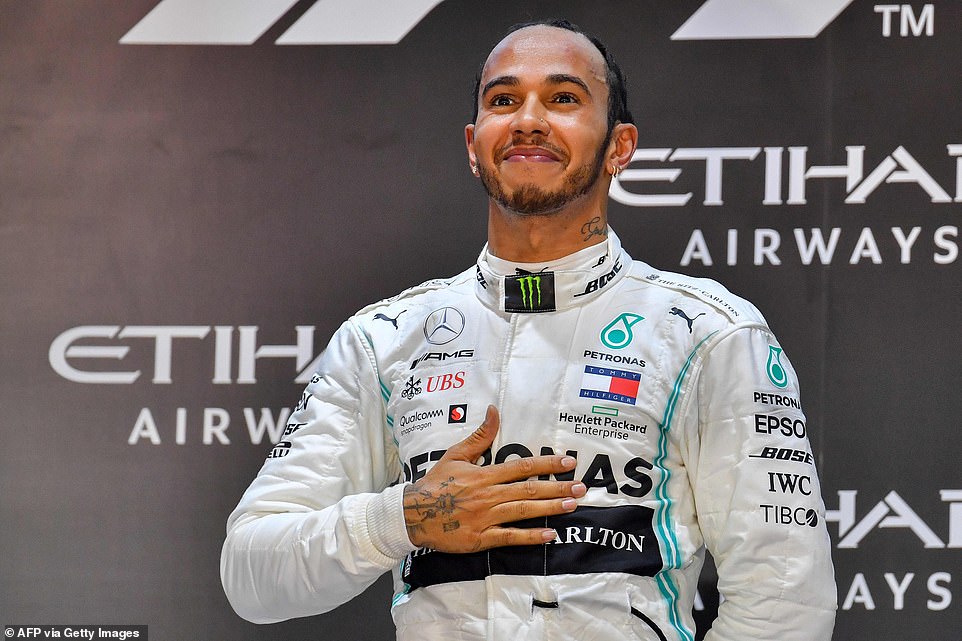 Gary Lineker said Fury was chosen as a finalist ‘on the strength of his sporting achievements in 2020’.

After introducing this year’s ceremony, Captain Tom Moore, 100, who raised millions for the NHS in the early months of the pandemic has given his name to a new prize.

The Captain Tom: Young Unsung Hero award saw the Second World War veteran honour a youngster for their contribution to the community.

Olympian Jessica Ennis-Hill handed the award to nine-year-old Tobias Weller, who has cerebral palsy and autism, after he walked at least 50 metres every day on his street, raising more than £150,000 for Sheffield Children’s Hospital and Paces School

Captain Tom told the youngster: ‘You’re a marvellous young man, this is a great honour that you’re getting and congratulations I’m absolutely thrilled.’

Tobias said it was ‘awesome,’ to meet Captain Tom, saying he was ‘inspirational’.

Captain Tom was presented with the Helen Rollason award, which honours outstanding achievement in the face of adversity. 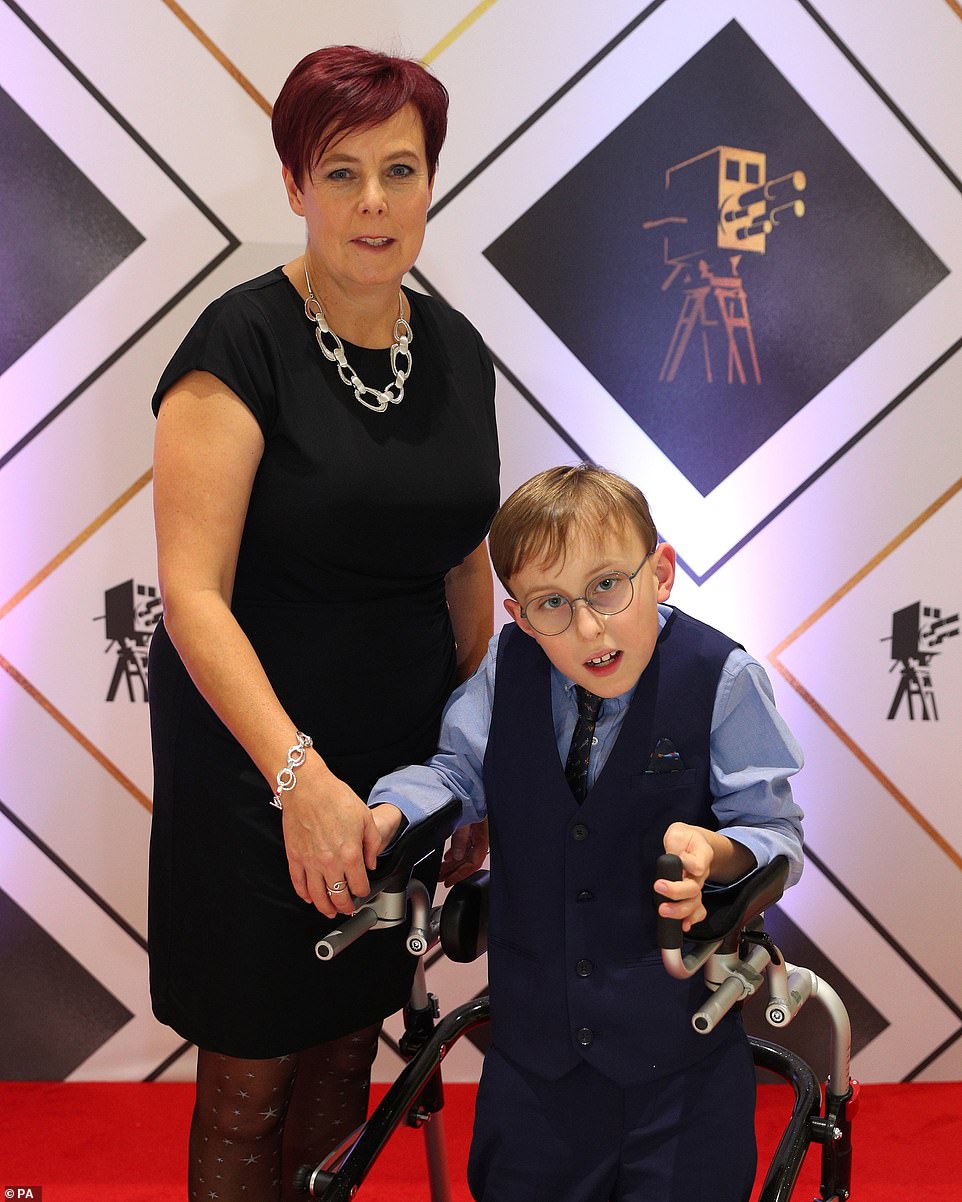 Nine-year-old Tobias Weller became the first ever winner of the The Captain Tom: Young Unsung Hero after raising thousands of pounds for two charities by walking outside his home during lockdown. Captain Tom Moore described Tobias as a ‘marvellous young man’ 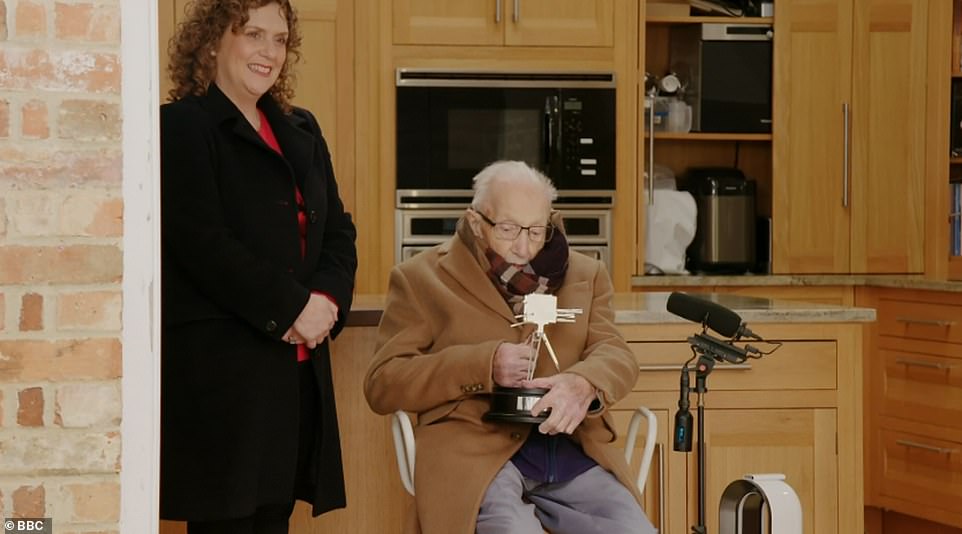 Marcus Rashford was presented the Helen Rollason award for outstanding achievement in the face of adversity. The Second World War veteran raised millions to support the NHS by walking up and down his garden in the weeks before his 100th birthday 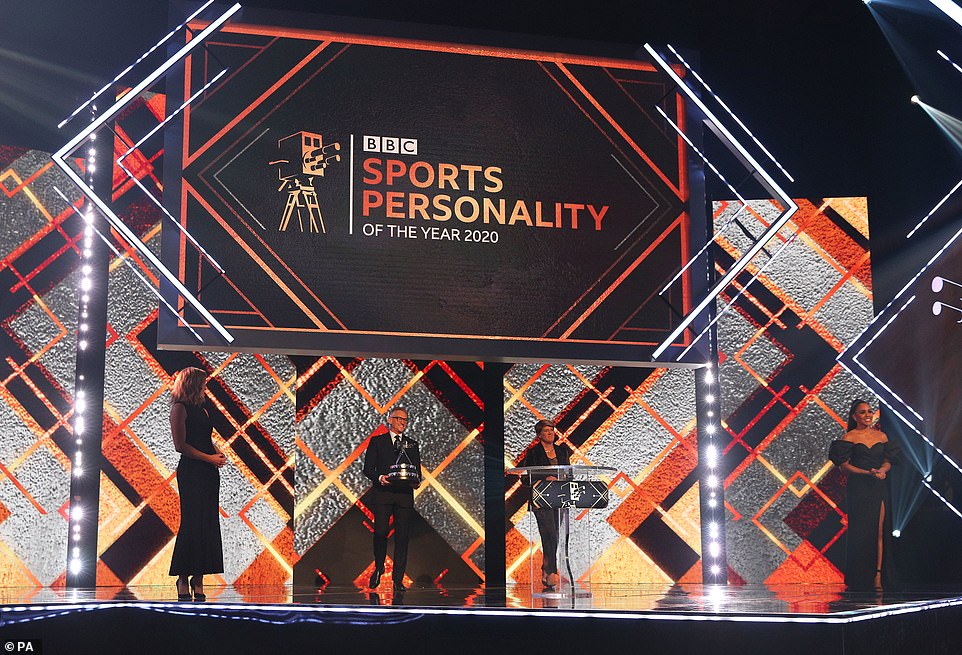 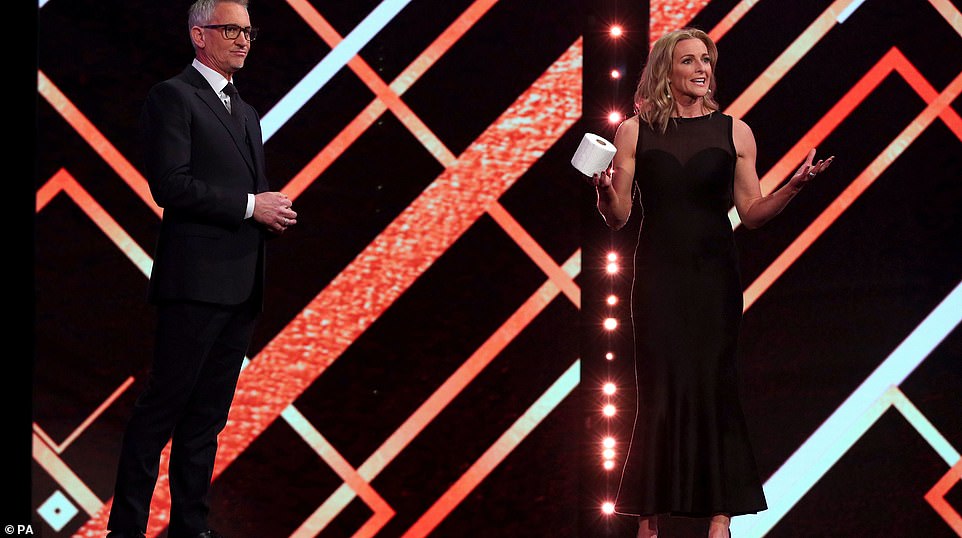 There was an awkward start to proceedings as Gary Lineker (left) and Gabby Logan were forced to explain why Tyson Fury was not appearing for an interview, saying he ‘decided not to engage’ with producers

Diver Andrea Spendolini-Sirieix, 16, was presented with the Young Sports Personality of the Year award on Blue Peter 10 days ago.

Speaking at tonight’s ceremony, the youngster, who has dreams of competing at the Olympics for Team GB, said: ‘It’s so wonderful to think such amazing sporting legends have won it and I’m following in their footsteps.’

Voting for this year’s winner is set to open later tonight, with the ceremony lasting until 10pm.

This year’s ceremony is being presented in front of a virtual crowd, while Rick Astley and Celeste are set to perform.

Manchester United star Marcus Rashford will be presented with a special award for his campaigning this year to help hungry children from poor backgrounds receive free school meals.

He said: ‘To use your platform to help for the better is really important, Marcus Rashford’s a perfect example I think what he’s doing is incredible. The more people like him the better.’ 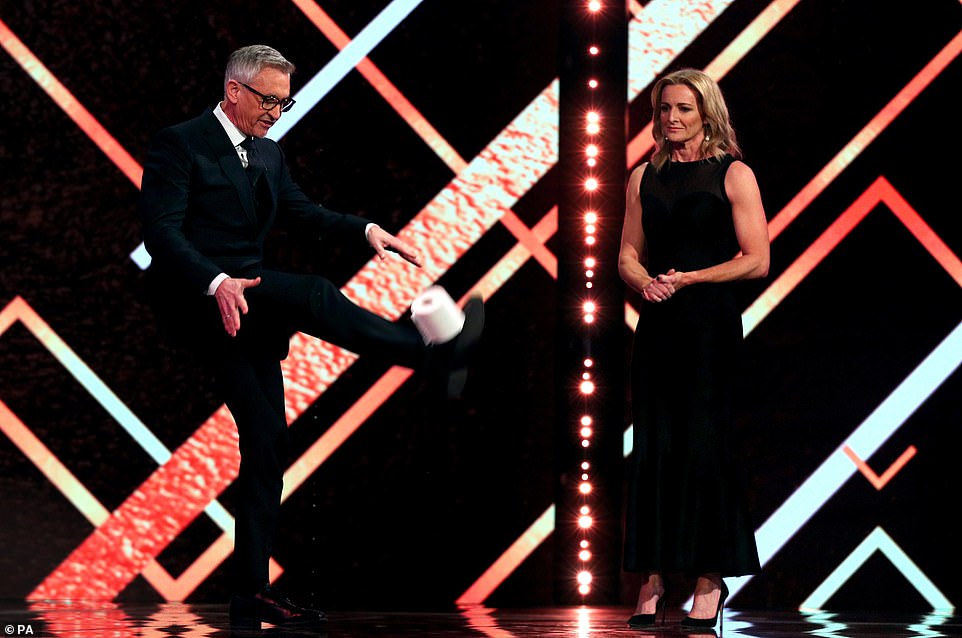 There was time for a couple of jokes as the ceremony got underway, as former England striker Gary Lineker made a poor attempt at juggling a toilet roll with his feet 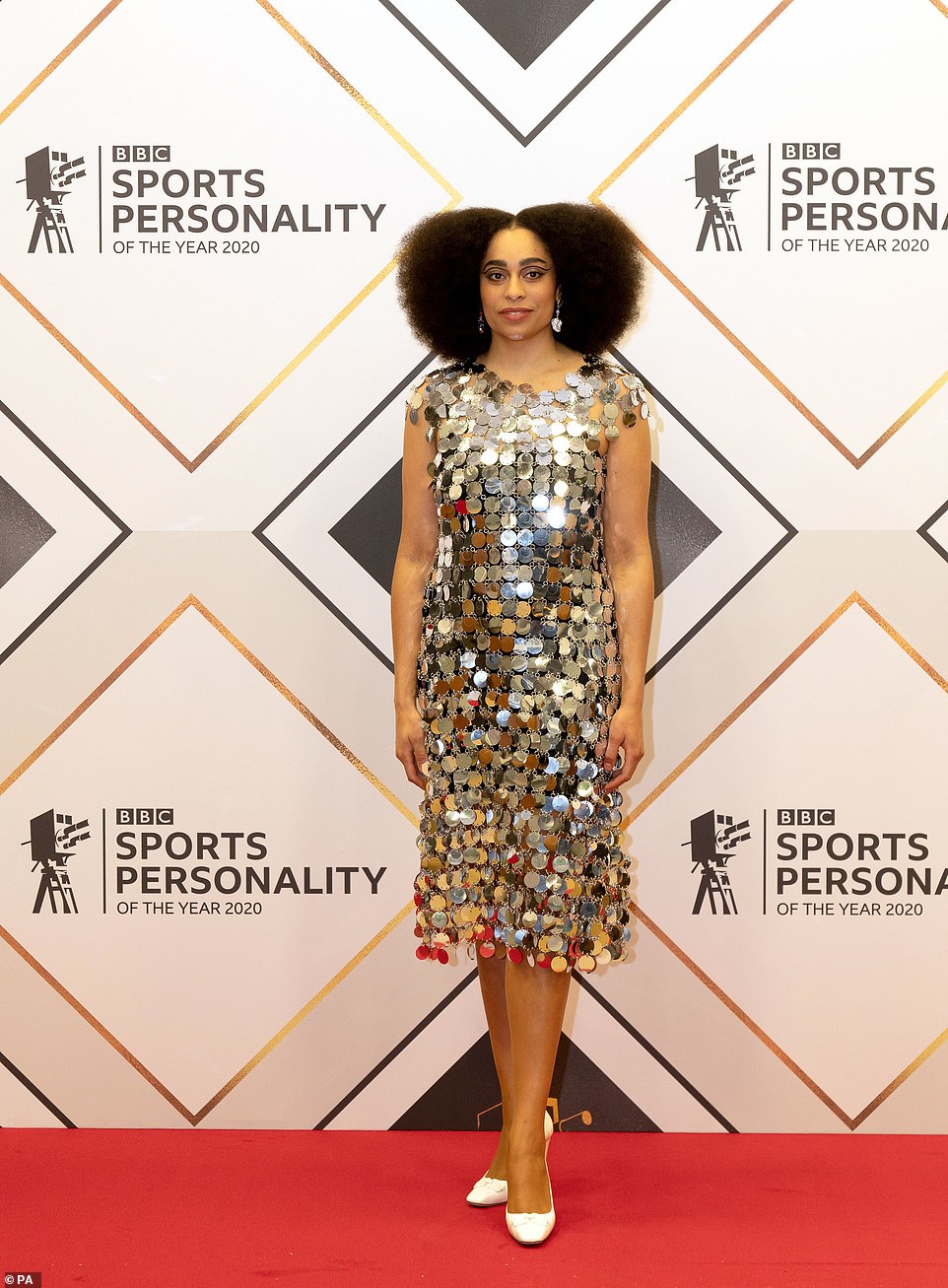 Singer Celeste opened this year’s ceremony and will perform Nat King Cole’s Smile later in the show, which will last until 10pm

The World Sports Star of the Year has already been announced, with UFC lightweight champion Khabib Nurmagomedov, receiving the title after retiring following an undefeated career. 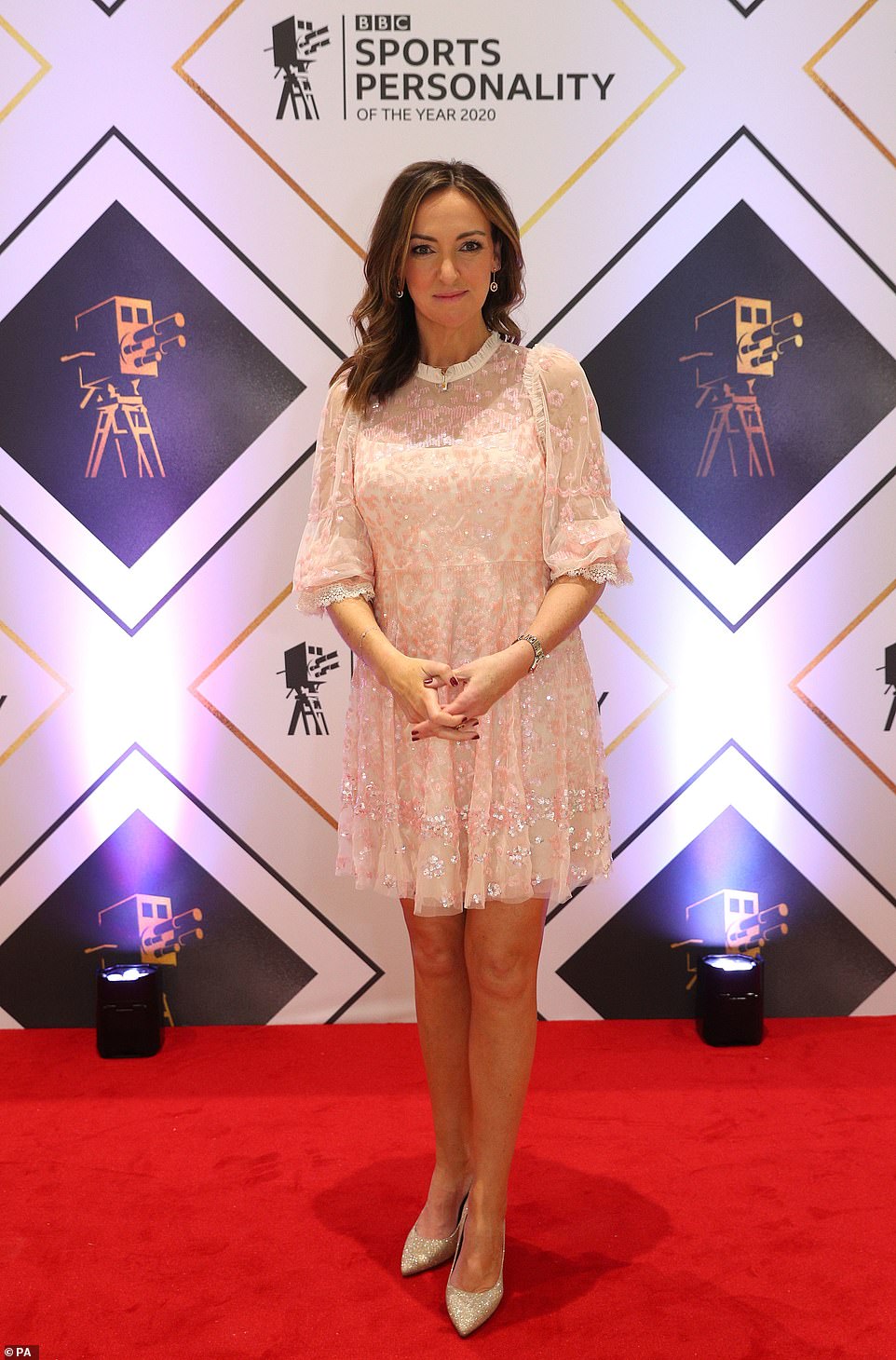 BBC journalist Sally Hughes arrived at this year’s SPOTY awards in Salford, voting for this year’s winner is set to open later tonight 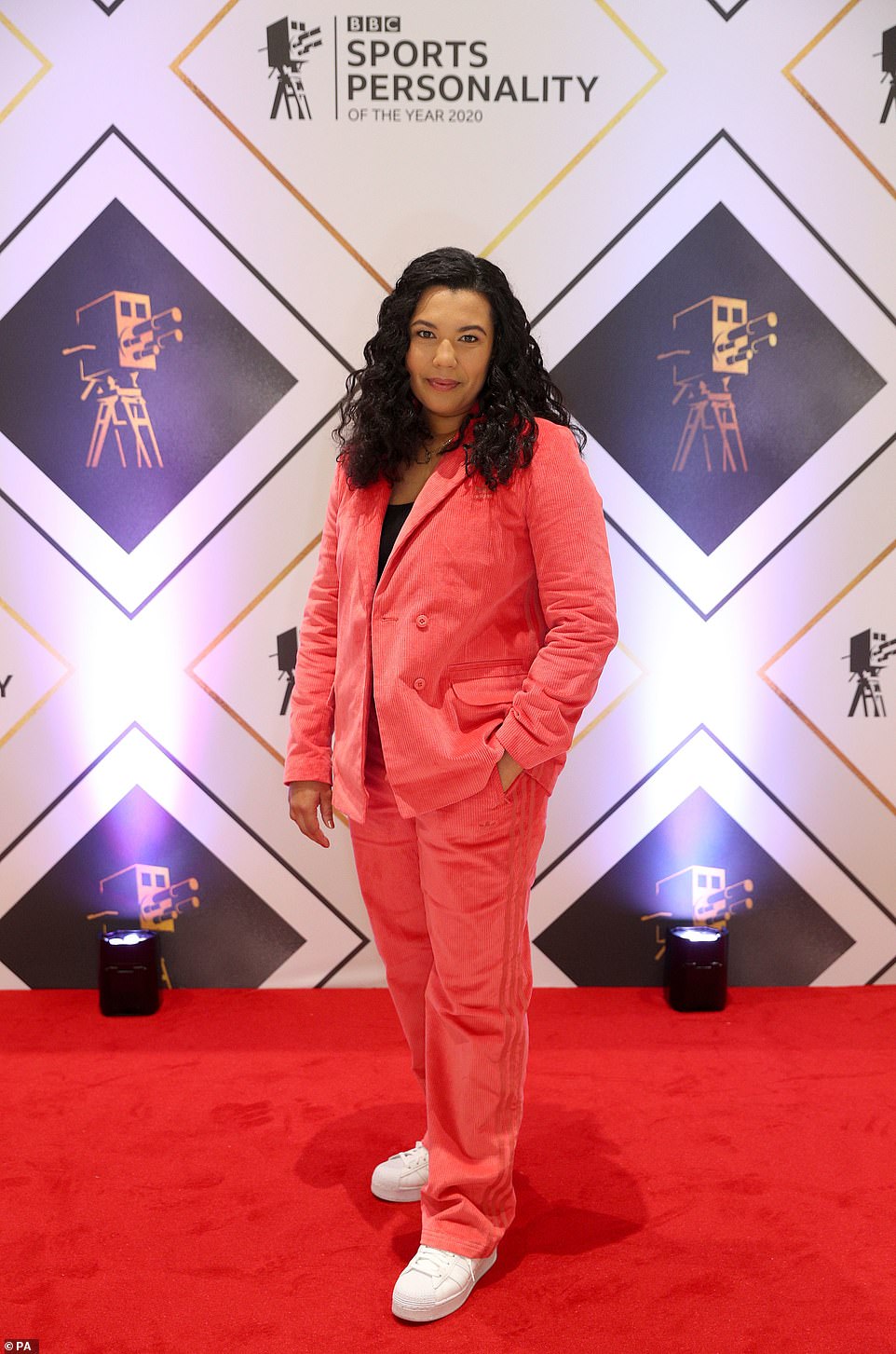 Actor and poet Deanna Rodger was among the personalities to attend this year’s ceremony, which has been organised to comply with social distancing measures