THE election campaign is now well underway and the political parties will soon be releasing their manifestos.

Here's everything you need to know about what to expect from the Liberal Democrats. 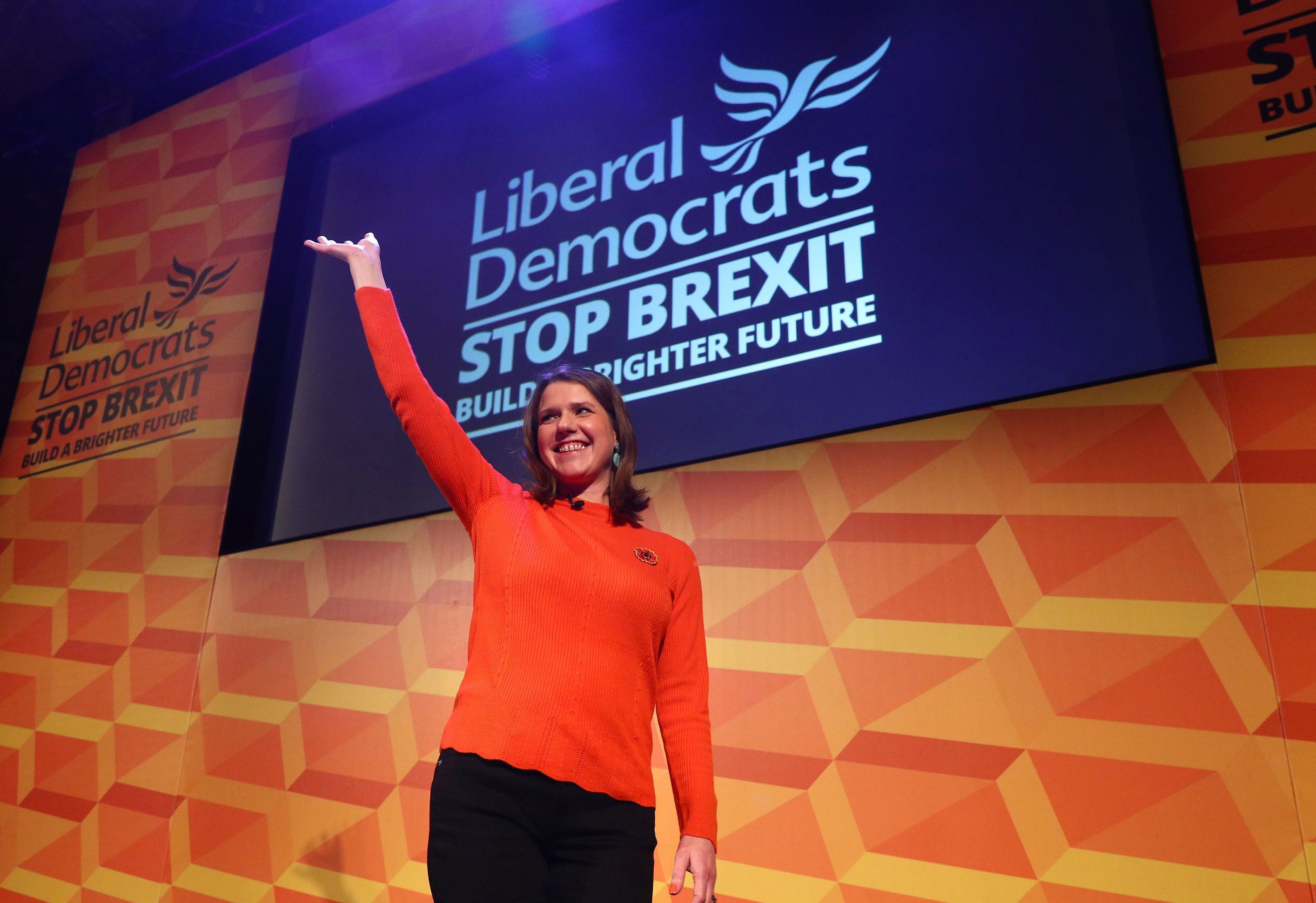 When will the Lib Dem manifesto come out?

The Liberal Democrats haven't released their manifesto yet, but are expected to do so either this or next week.

The party has begun announcing a series of individual pledges on Brexit, the economy, and tackling climate change.

You can sign up to hear about new pledges as they're announced using a form on the party's website.

What have the Lib Dems announced so far?

The Lib Dem platform in this campaign – and for much for much of the last three years – has focused on their opposition to Brexit.

They continue to back calls for a second referendum, but have said they would revoke article 50 without one should they win a majority.

They have also pledged to invest the £50bn they say cancelling Brexit would save in public services and tackling inequality.

Key policies policies include 35 hours per week of free childcare from nine months and the recruitment of 20,000 more teachers as part of a £10bn-a-year investment in schools.

They also wanted to improve access to lifelong learning by making available £10,000 to every adult to be spent on skills and training.

They say they would tackle climate change by insulating all low-income households by 2025, and would aim for the UK to be generating 80 percent of its electricity from renewable by 2030.

They have also reiterated a long-held commitment to achieving parity in the treatment of mental and physical health, and say they'll invest £11bn in mental health services.

What else can we expect?

The Lib Dems have set out to distinguish themselves from the two biggest parties.

They have attacked both Boris Johnson and Jeremy Corbyn over their stances on Brexit, and accused them of having "failed Britain".

They are also campaigning on the other areas with which voters are most likely to associate them, like mental health, climate change, and centrist economics.

This is ground they are likely to try to build on between now and December 12.

What do the polls say?

Support for the Lib Dems has remained steady between seven and nine percent since the last election, but has risen sharply in recent months.

Polling company Britain Elects, whose poll tracker provides an average figure from a range of polls, currently gives the party support of 16.1 per cent, behind Labour on 28.6 and the Tories on 37.2 per cent.

The party has so far resisted calls to enter into any election pact with Labour, and will be hoping to pick up anti-Brexit votes in a number of marginal seats around the country.

They this week announced they would be taking legal action against ITV over a decision not to include leader Jo Swinson in a debate between Jeremy Corbyn and Boris Johnson, and their biggest battle could prove to be the fight for exposure with their two bigger rivals.