A SEVEN-YEAR-OLD boy is today fighting for life after falling 15ft from a rollercoaster at Lightwater Valley theme park.

The schoolboy suffered head injuries when he fell from the Twister Ride yesterday, with police confirming his condition had worsened overnight. 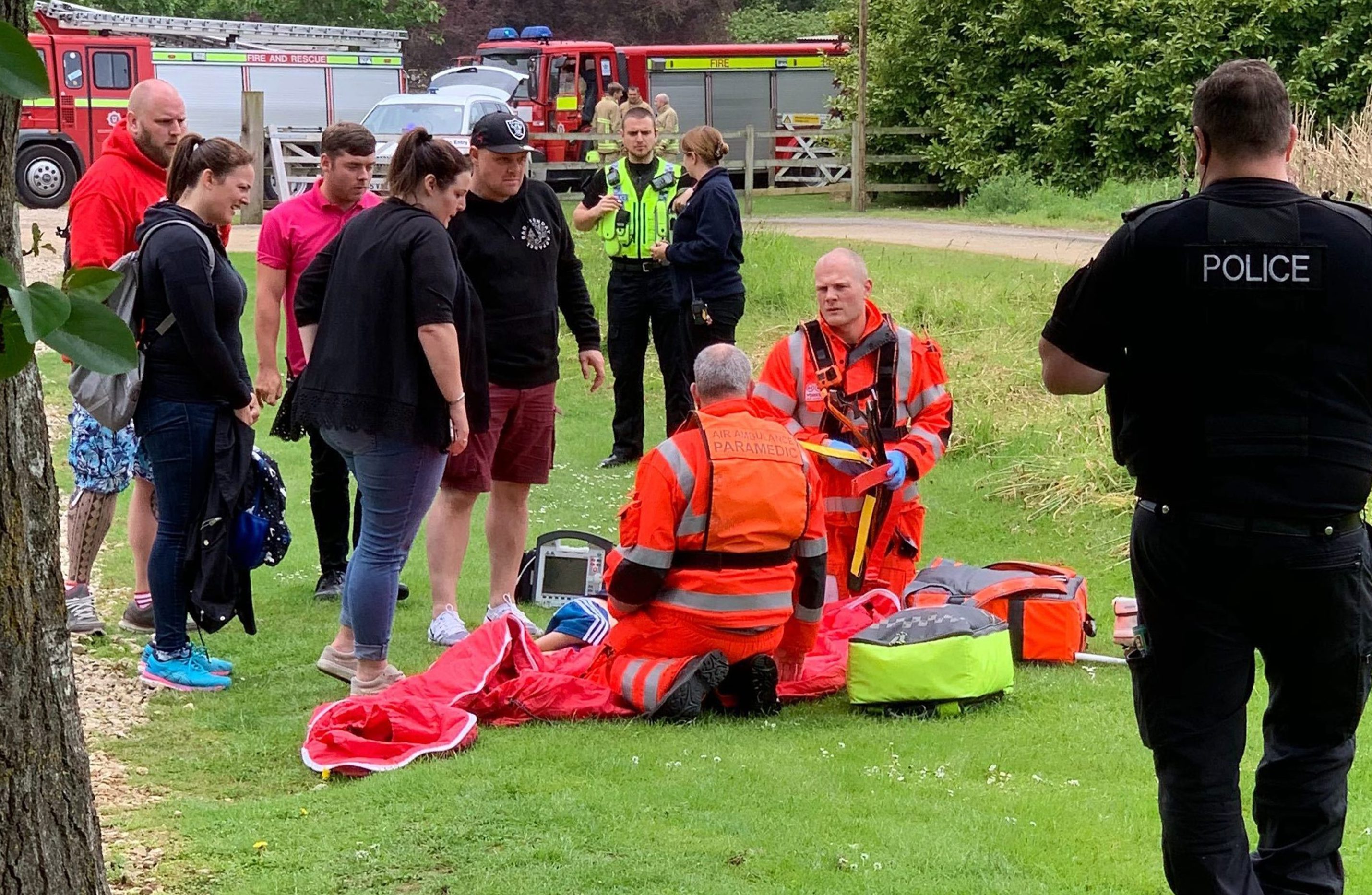 Witnesses had recounted how the youngster "slid out and over the top of the carriage" at the theme park near Ripon, North Yorks.

A woman believed to be his mother was seen "screaming hysterically" as he hung backwards out of the carriage before plummeting to the ground.

He was flown by air ambulance to hospital, with his condition deteriorating from non-life threatening to critical overnight.

A North Yorkshire Police spokesperson today said: "The boy was taken to Leeds General Infirmary with head injuries following the incident where he currently remains.

"However, his condition is now described as critical."