Global warming is posing such wide-ranging risks to humanity, involving so many types of phenomena, that by the end of this century some parts of the world could face as many as six climate-related crises at the same time, researchers say.

This chilling prospect is described in a paper published Monday in Nature Climate Change, a respected academic journal, that shows the effects of climate change across a broad spectrum of problems, including heat waves, wildfires, sea level rise, hurricanes, flooding, drought and shortages of clean water.

Such problems are already coming in combination, said the lead author, Camilo Mora of the University of Hawaii at Manoa. He noted that Florida had recently experienced extreme drought, record high temperatures and wildfires — and also Hurricane Michael, the powerful Category 4 storm that slammed into the Panhandle this summer. Similarly, California is suffering through the worst wildfires the state has ever seen, as well as drought, extreme heat waves and degraded air quality that threatens the health of residents.

Things will get worse, the authors wrote. The paper projects future trends and suggests that, by 2100, unless humanity takes forceful action to curb the greenhouse gas emissions that drive climate change, some tropical coastal areas of the planet, like the Atlantic coast of South and Central America, could be hit by as many as six crises at a time.

That prospect is “like a terror movie that is real,” Dr. Mora said.

The authors include a list of caveats about the research: Since it is a review of papers, it will reflect some of the potential biases of science in this area, which include the possibility that scientists might focus on negative effects more than positive ones; there is also a margin of uncertainty involved in discerning the imprint of climate change from natural variability. 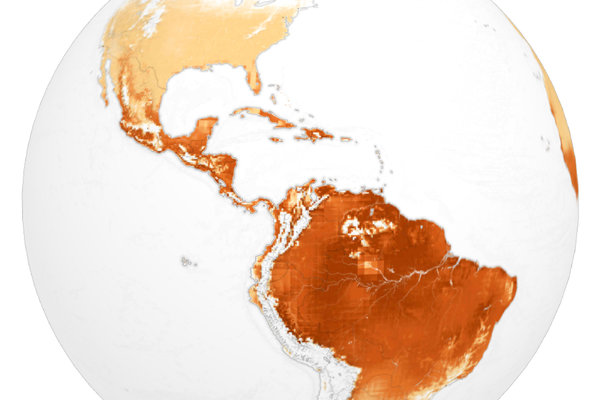 How Much Hotter Is Your Hometown Than When You Were Born?

See how days at or above 90 degrees Fahrenheit have changed in your lifetime and how much hotter it could get.

New York can expect to be hit by four climate crises at a time by 2100 if carbon emissions continue at their current pace, the study says, but if emissions are cut significantly that number could be reduced to one. The troubled regions of the coastal tropics could see their number of concurrent hazards reduced from six to three.

The paper explores the ways that climate change intensifies hazards and describes the interconnected nature of such crises. Greenhouse gas emissions, by warming the atmosphere, can enhance drought in places that are normally dry, “ripening conditions for wildfires and heat waves,” the researchers say. In wetter areas, a warmer atmosphere retains more moisture and strengthens downpours, while higher sea levels increase storm surge and warmer ocean waters can contribute to the overall destructiveness of storms. 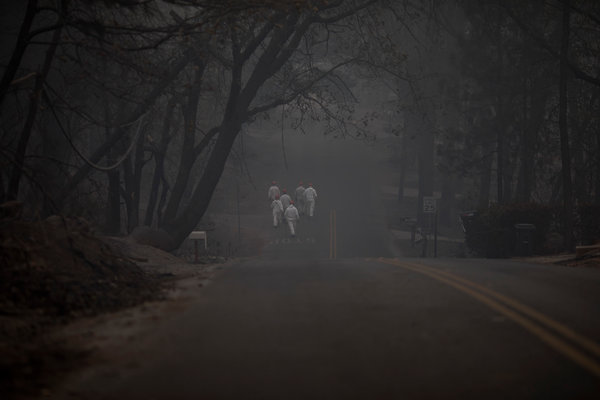 In a scientific world marked by specialization and siloed research, this multidisciplinary effort by 23 authors reviewed more than 3,000 papers on various effects of climate change. The authors determined 467 ways in which those changes in climate affect human physical and mental health, food security, water availability, infrastructure and other facets of life on Earth.

The paper concludes that traditional research into one element of climate change and its effects can miss the bigger picture of interrelation and risk.

Climate change also has different ramifications for the world’s haves and have-nots, the authors found: “The largest losses of human life during extreme climatic events occurred in developing nations, whereas developed nations commonly face a high economic burden of damages and requirements for adaptation.”

People are not generally attuned to dealing with problems like climate change, Dr. Mora said. “We as humans don’t feel the pain of people who are far away or far into the future,” he said. “We normally care about people who are close to us or that are impacting us, or things that will happen tomorrow.”

And so, he said, people tend to look at events far in the future and tell themselves, “We can deal with these things later, we have more pressing problems now.” But, he added, this research “documented how bad this already is.”

The paper includes an interactive map of the various hazards under different emissions scenarios for any location in the world, produced by Esri, which develops geographic information systems. “We see that climate change is literally redrawing the lines on the map, and revealing the threats that our world faces at every level,” said Dawn Wright, the company’s chief scientist.

Michael E. Mann, a climate scientist at Pennsylvania State University who was not involved in the paper, said it underscored the urgency for action to curb the effects of climate change and showed that “the costs of inaction greatly outweigh the costs of taking action.”

Dr. Mann published a recent paper suggesting that climate change effects on the jet stream are contributing to a range of extreme summer weather events, such as heat waves in North America, Europe and Asia, wildfires in California and flooding in Japan. The new study, he said, dovetails with that research, and “is, if anything, overly conservative” — that is, it may underestimate the threats and costs associated with human-caused climate change.

Climate Change Is Complex. We’ve Got Answers to Your Questions.

We know. Global warming is daunting. So here’s a place to start: 17 often-asked questions with some straightforward answers.

A co-author of the new paper, Kerry Emanuel of the Massachusetts Institute of Technology, hailed its interdisciplinary approach. “There’s more than one kind of risk out there,” he said, but scientists tend to focus on their area of research. “Nations, societies in general, have to deal with multiple hazards, and it’s important to put the whole picture together.”

Like military leaders developing the capability to fight wars on more than one front, governments have to be ready to face more than one climate crisis at a time, Dr. Emanuel said.

Dr. Mora said he had considered writing a book or a movie that would reflect the frightening results of the research. His working title, which describes how dire the situation is for humanity, is unprintable here. His alternate title, he said, is “We Told You So.”

John Schwartz is part of the climate team. Since joining The Times in 2000, he has covered science, law, technology, the space program and more, and has written for almost every section. @jswatz • Facebook