NASSAU, Bahamas (Reuters) – Thousands of displaced people are living in “rapidly deteriorating” conditions in the worst-hit parts of the Bahamas six days after Hurricane Dorian made landfall, the United Nations World Food Programme warned on Saturday. 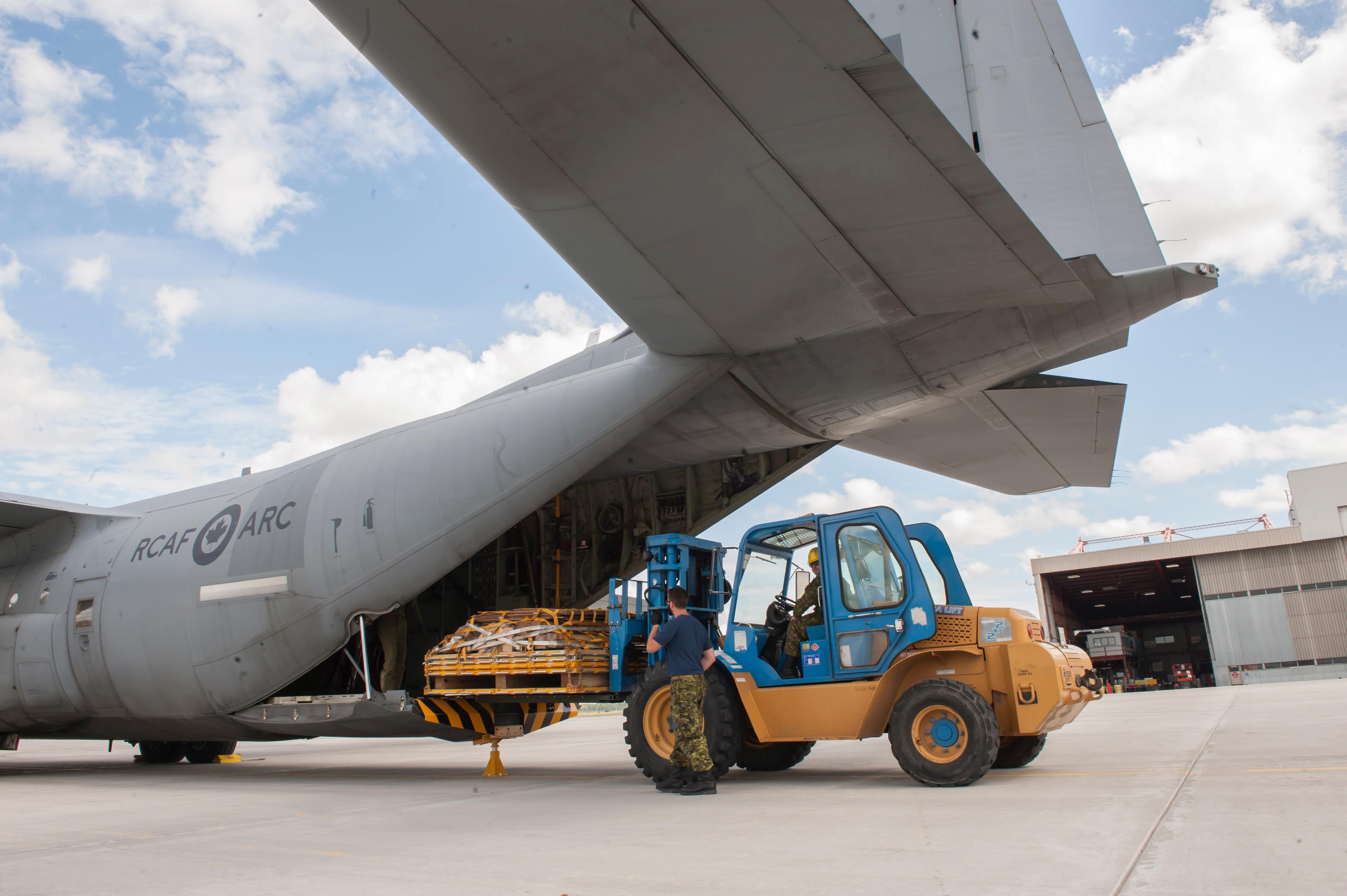 The warning came as aid groups rushed emergency aid to the storm-ravaged islands and officials warned that an official death toll of 43 was likely to spike higher as the number of missing among the archipelago nation’s 400,000 residents becomes clear.

Even as the aid ships and aircraft headed in, thousands fled the devastation, some abandoning hard-hit Great Abaco Island to seek safety in the capital, Nassau, and others heading to Florida for shelter, supplies and perhaps jobs.

Some 90 percent of the homes, buildings and infrastructure in Marsh Harbour, where Dorian rampaged for almost two full days as one of the strongest Caribbean hurricanes on record, were damaged, the World Food Programme said. It noted that thousands of people were living in a government building, a medical center and an Anglican church that survived the storms, but had little to no access to water, power and sanitary facilities.

One of those who fled Abaco was 19-year-old Isaiah Johnson, who staying in a hotel in Nassau with his mother and three sisters after the storm’s 200 mile per hour (320 kph) winds destroyed their homes.

A wealthy friend had paid for a two-week stay, but after that it was unclear where they would go.

His mother was already searching for work in the United States, Johnson said, reckoning that jobs would be hard to find in Nassau.

“Two weeks might be enough time for me to figure things out,” Johnson said on Saturday. “For my mom, I’m not so sure.”

The U.S. Coast Guard and Navy were shipping in relief supplies and had already rescued some 290 people from isolated areas in the islands hard-hit by the storm.

Some 70,000 people were in need of food and shelter, the WFP estimated, and private forecasters estimated that some $3 billion in insured property was destroyed or damaged in the Caribbean.

Dorian also pounded parts of North Carolina’s Outer Banks Islands on Friday and it continued to push northward along the U.S. Atlantic coast on Saturday.

It brought tropical storm force winds to southeastern Massachusetts and Nantucket Island and Martha’s Vineyard on Saturday before charging on towards Canada, according to an advisory from the Miami-based National Hurricane Center.

It is expected to make landfall in Nova Scotia province on Saturday night with winds of about 85 mph (137 kph) and leave up to 7 inches of rain.

The medical chief of staff at Princess Margaret Hospital in Nassau said two refrigerated, 40-foot trucks would be needed to hold the “staggering” number of bodies that were expected to be found. “We’ve ordered lots of body bags,” said Dr. Caroline Burnett-Garraway.

The American Red Cross said it had committed an initial $2 million help the Bahamas recover from the hurricane, with food, water and shelter and other necessities.

“Our relief operation is growing, but we are also facing serious challenges in terms of delivering aid,” Red Cross spokeswoman Jennifer Eli said. “Even search-and-rescue choppers haven’t been able to reach some people because there’s no place to land. These challenges are affecting everyone.”

Near an area called The Mudd in Marsh Harbour, a commercial hub, a Reuters witness reported most houses leveled, the body of a man lying near a main street and dead dogs floating in water. Some residents were leaving the area with meager possessions, while others were determined to remain.

Relief groups were focusing on getting doctors, nurses and medical supplies into the hardest-hit areas and helping survivors get food and safe drinking water.

The risk of outbreaks of diarrhea and waterborne diseases is high as drinking water may be tainted with sewage, according to the Pan American Health Organization. 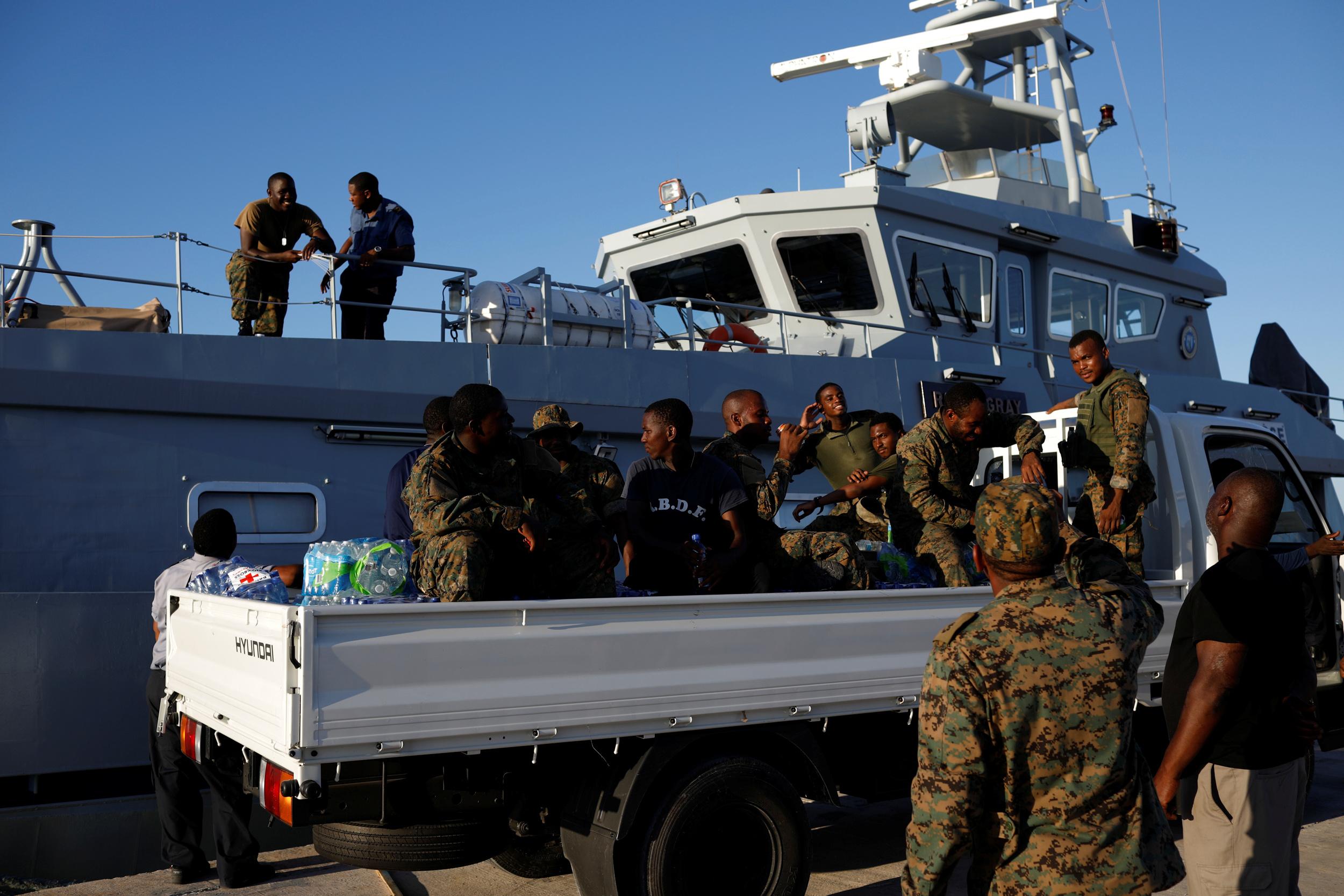 Travis Newton, a 32-year-old carpenter who survived the storm in Marsh Harbour, said he arrived in Nassau on Saturday morning with his family, trying to find a safe place to live.

He said residents of the town foraged for food and water in the wreckage of damaged stores after the storm passed.

“We had to survive we had to make it happen, we had to find food, water, where we were aid couldn’t get to us, we had to find what we could from the damaged stores,” Newton said. “Everybody needs to get out of that place.”