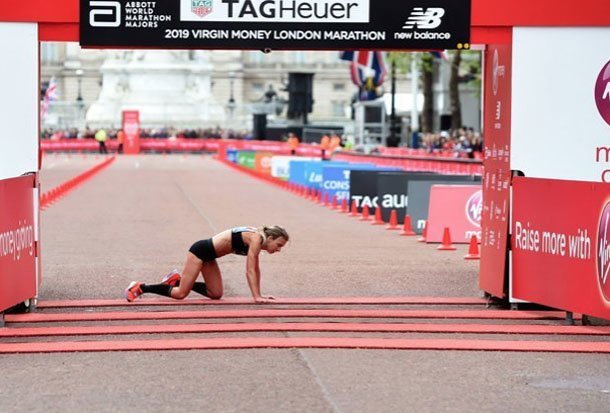 Luckily she was so close to the line that she was able to lift herself over it.

Marshalls rushed to her aid once she had finished.

“Hayley has just run a personal best, she’s okay, she knows she has to get across the line.

“She’s run two and half minutes quicker than she’s ever done – what a brave effort.” 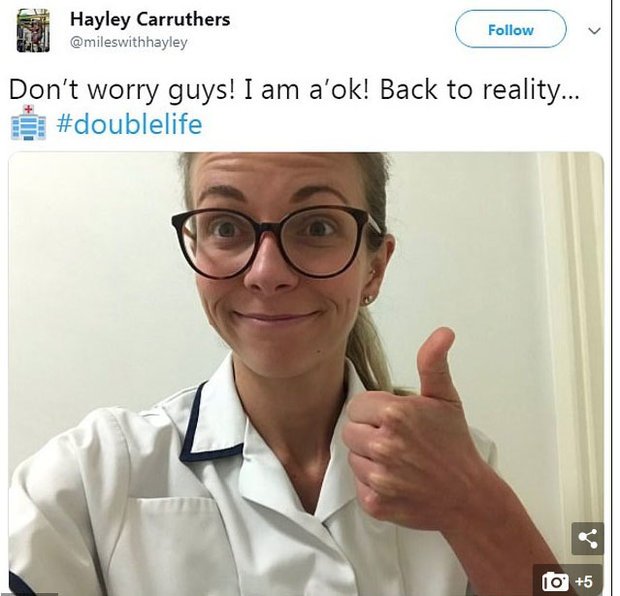 Afterwards she revealed her injuries with a Twitter pic.

She wrote: “Today I learnt how NOT to run a marathon!

The women’s race was won by Kenya’s Brigid Kosgei having been a runner up last year.

Three-times London Marathon winner Mary Keitany was down in fifth.

In the men’s race Eliud Kipchoge, also of Kenya, won for the second year in a row and Mo Farah was in fifth.