Weather forecasters expect significant snowfall this weekend for much of the UK. Brits experienced their first snow days of 2021 at the end of January, with thick coverings descending over much of the country. Londoners can expect more of the same starting this Saturday, but this time there will be more snow than before as a Scandinavian blast hits the UK, bringing chilling temperatures and heavy snow.

Where will it snow in London this weekend?

Snowfall in London is a rare sight, with little more than a flurry in the UK capital during the winter months.

Londoners felt an Arctic presence at the end of January when weather systems deposited an inch of snow over the city in just one day.

Forecasters warn they can expect the same this weekend with the rest of the UK. 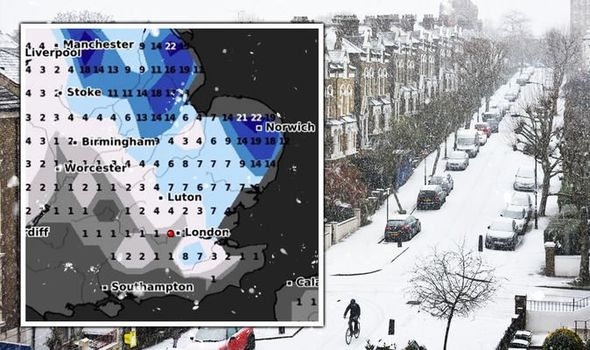 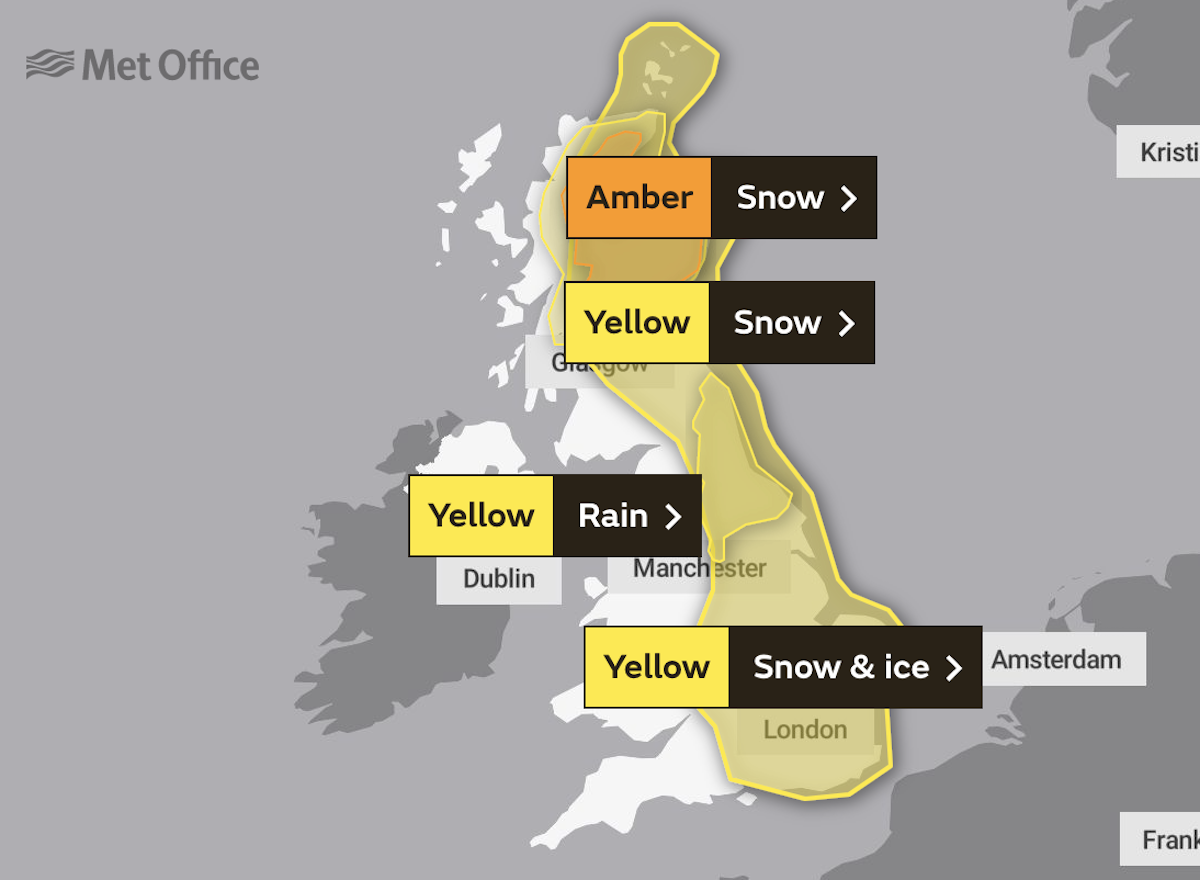 The Met Office has unleashed several weather warnings for snow and ice, starting from today for some parts of the country and continuing into next week.

Scotland faces amber snow alerts, while the rest of the country, London included, has yellow warnings starting from Saturday, February 6.

They almost entirely cover the country’s east coast from Scotland to London until Monday, February 8. 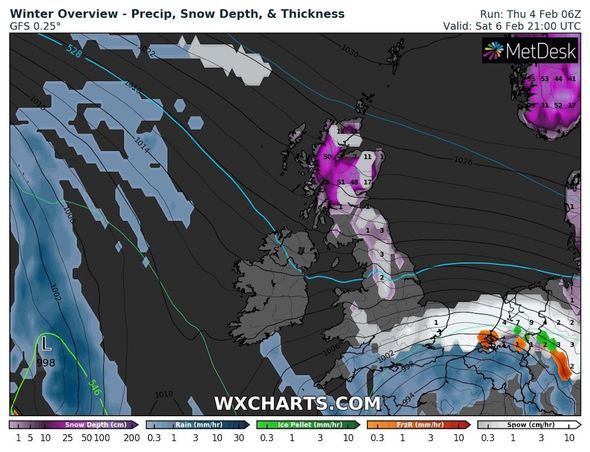 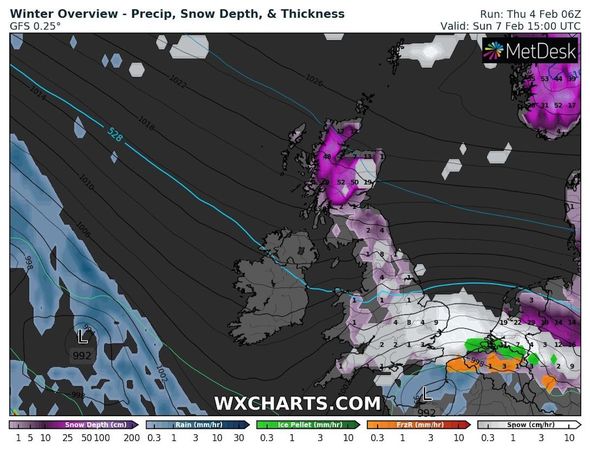 For most, snowfall will start in the early hours, between 12am, and 3am, and continue for 15 to 24 hours.

Weather forecasters said it is possible some locations within the warning may not experience any snow, however.

The Met Office said: “Cold air, along with snow showers to low levels pushing inland from the North Sea, is expected to spread south during the weekend.

“Not all locations will see snow, with the showers likely to miss some places altogether. 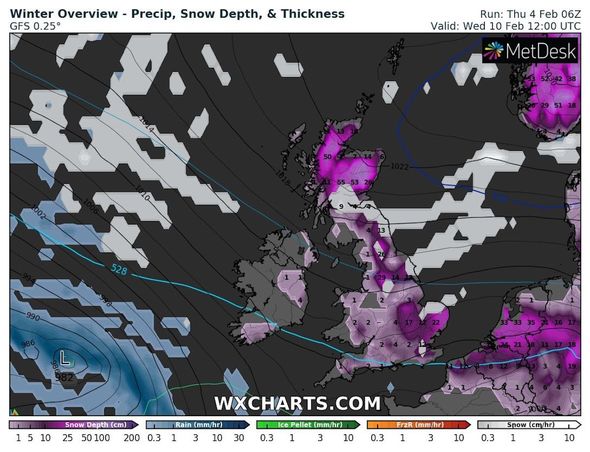 “In addition to the showers, there is a chance that an extended period of more persistent snowfall could impact parts of the Midlands and southeast England overnight Saturday and through Sunday.

“This is all likely to bring areas of accumulating snow through the period with some icy stretches developing, with some parts seeing five to 10cm, possibly 15cm of snow.

“Although disruption from this event could occur anywhere within this region, the Midlands and southeast England is the area most likely to see disruptive snow accumulating more widely, from later Saturday until the middle of Sunday.”

The final snow warning for the east coast expires at 11.59pm on February 8.

Snow could fall at the following locations: