Horrified witnesses could be heard urging the badly injured man to stay awake as they desperately tried to stem the blood pouring from the 22-year-old's wounds as he lay on the ground. 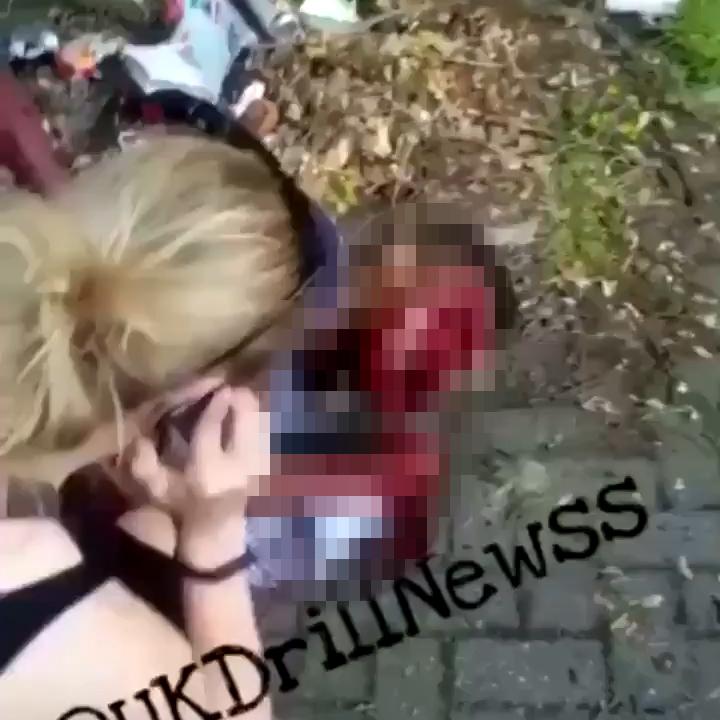 The unverified footage shows a crowd gathered on a street, trying to comfort the injured man as they called emergency services for help.

One man in a white shirt was covered in blood as he sat by the injured man's side.

It is the latest violent incident on London's streets, with the capital gripped by a terrifying rise in knife and gun crime.

Police imposed emergency stop and search powers in the area as they combed it for evidence. 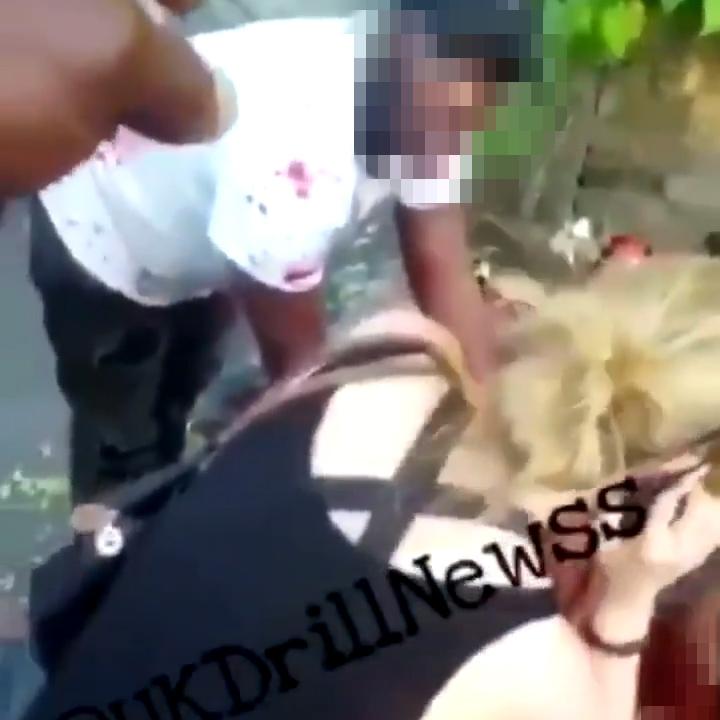 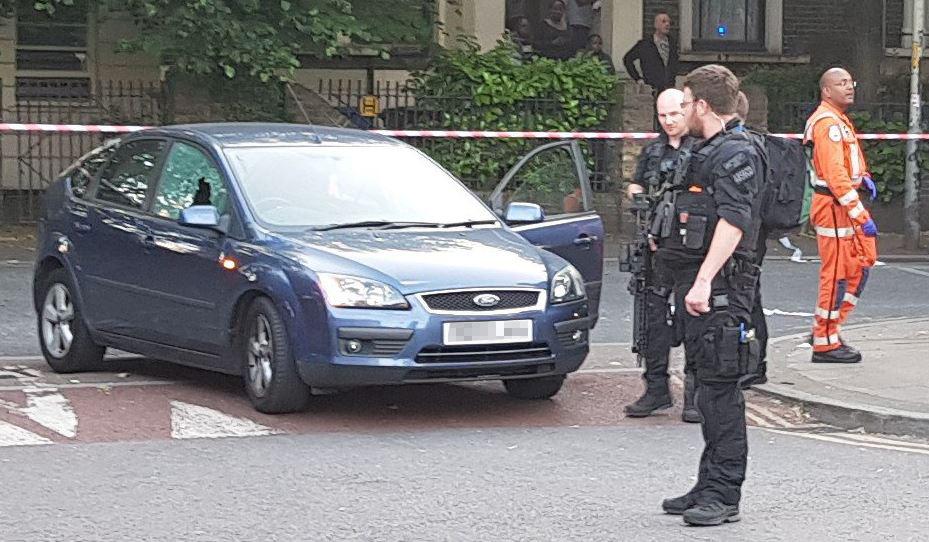 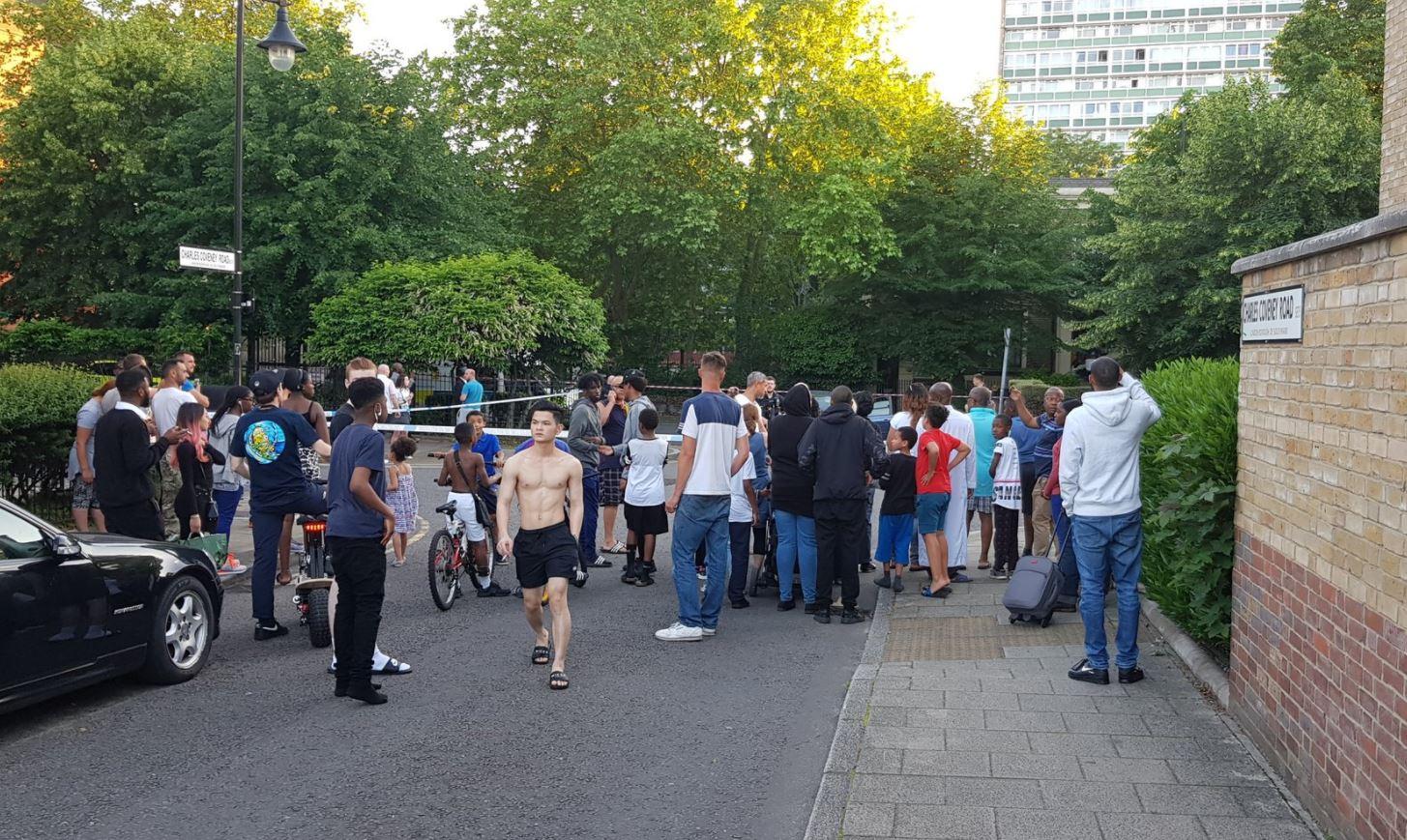 Both victims were taken to central London hospitals.

The 22-year-old man remains in a critical condition, while a second victim, a 25-year-old man, suffered non-life-threatening injuries.

Photographs at the scene show a blue car appearing to have a shattered window.

Detectives are now investigating the shooting, which unfolded on Wodehouse Avenue in South East London just before 8pm on Saturday. 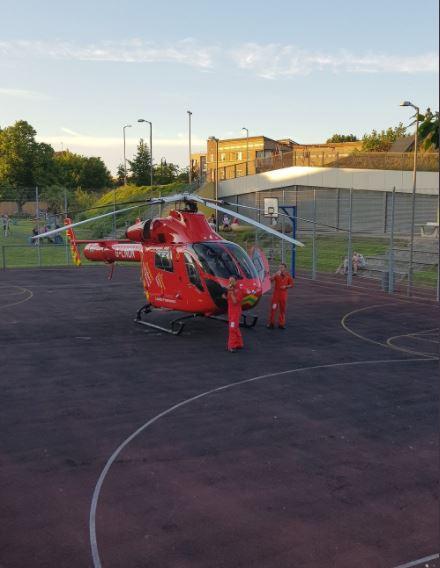 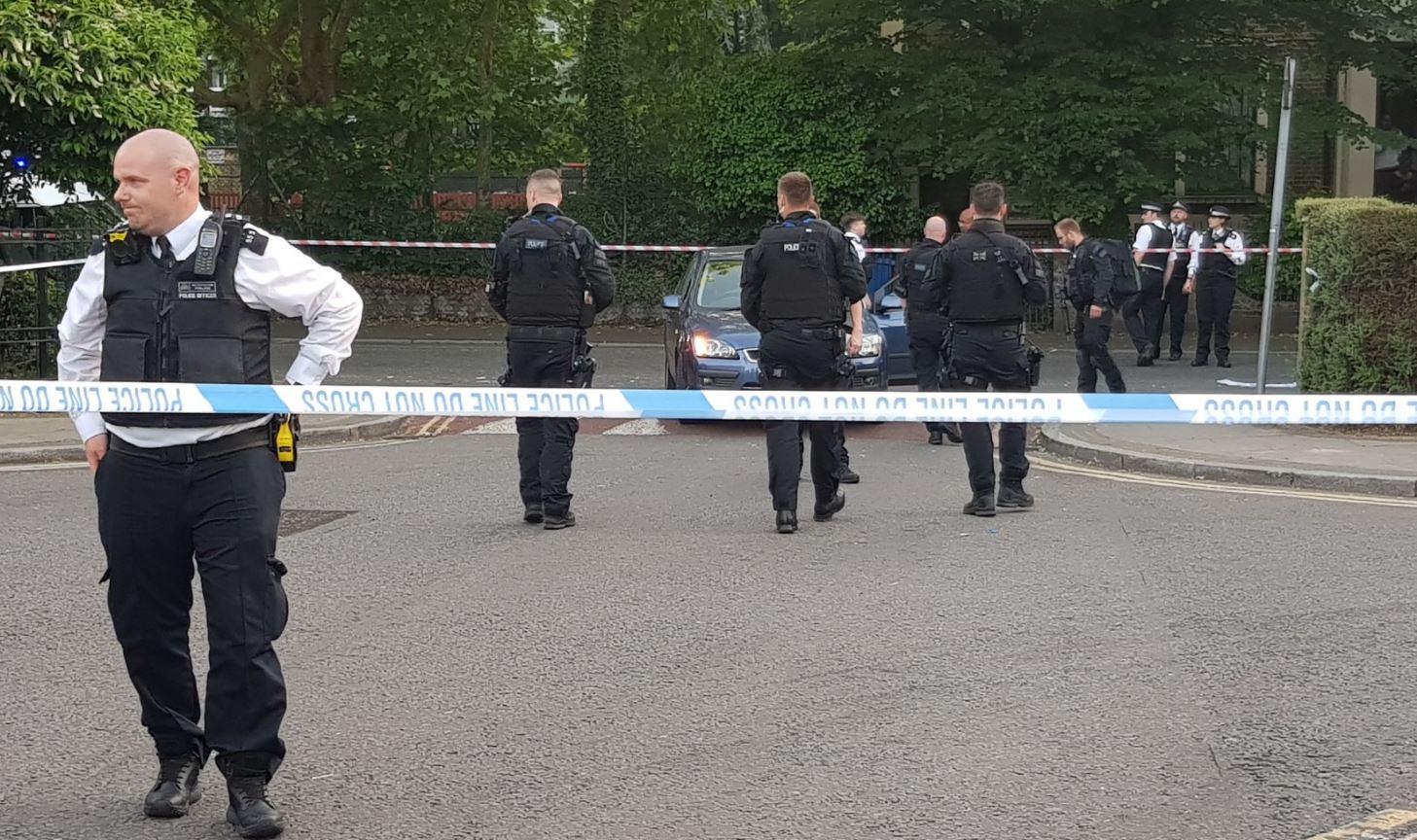 "Both males were taken by London Ambulance Service to central London hospitals where the 22-year-old man's condition remains critical.

"There have been no arrests. Enquiries continue."

It was another night of bloodshed on London's streets last night, with police also called to a stabbing in South East London.

A man, believed to be in his 40s, suffered multiple stab wounds in Claremont Street, Greenwich, just before 7pm.

He was taken to a South London hospital for treatment. 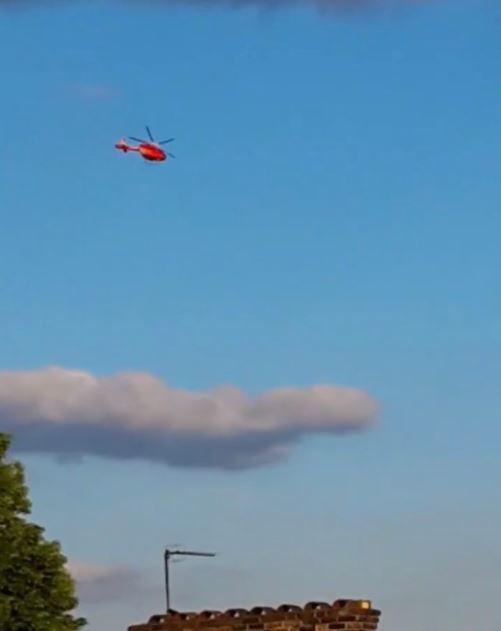 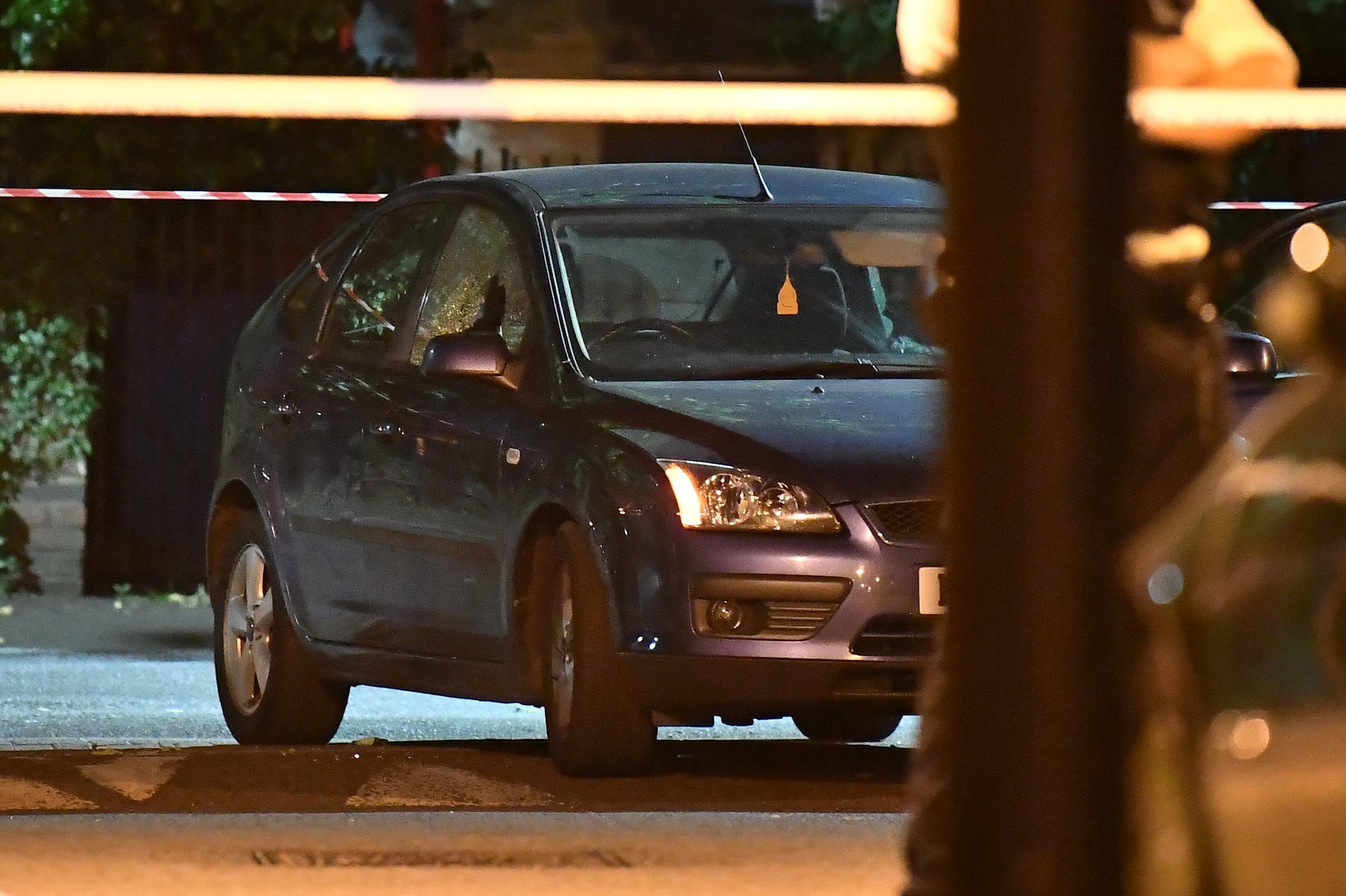 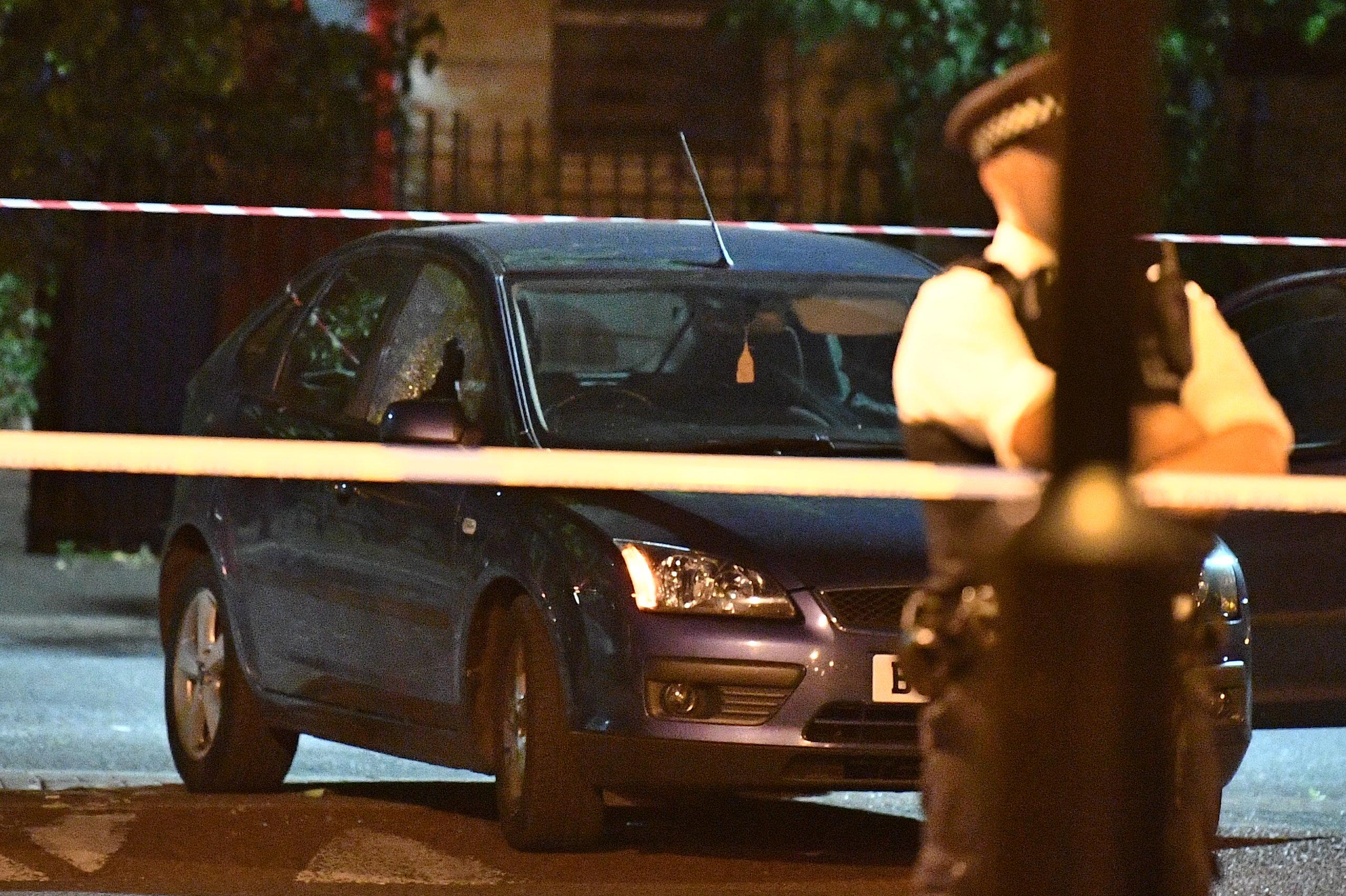 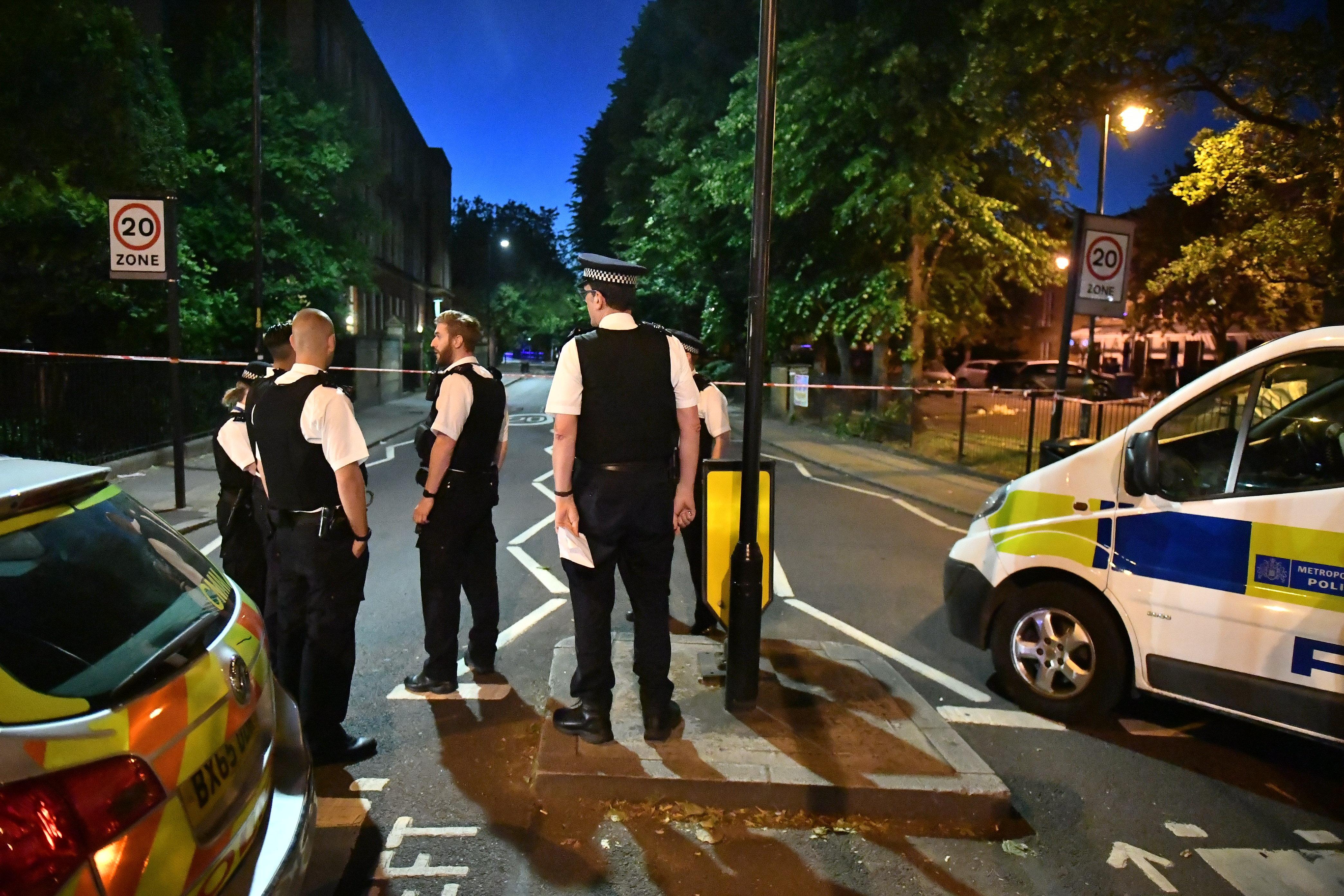 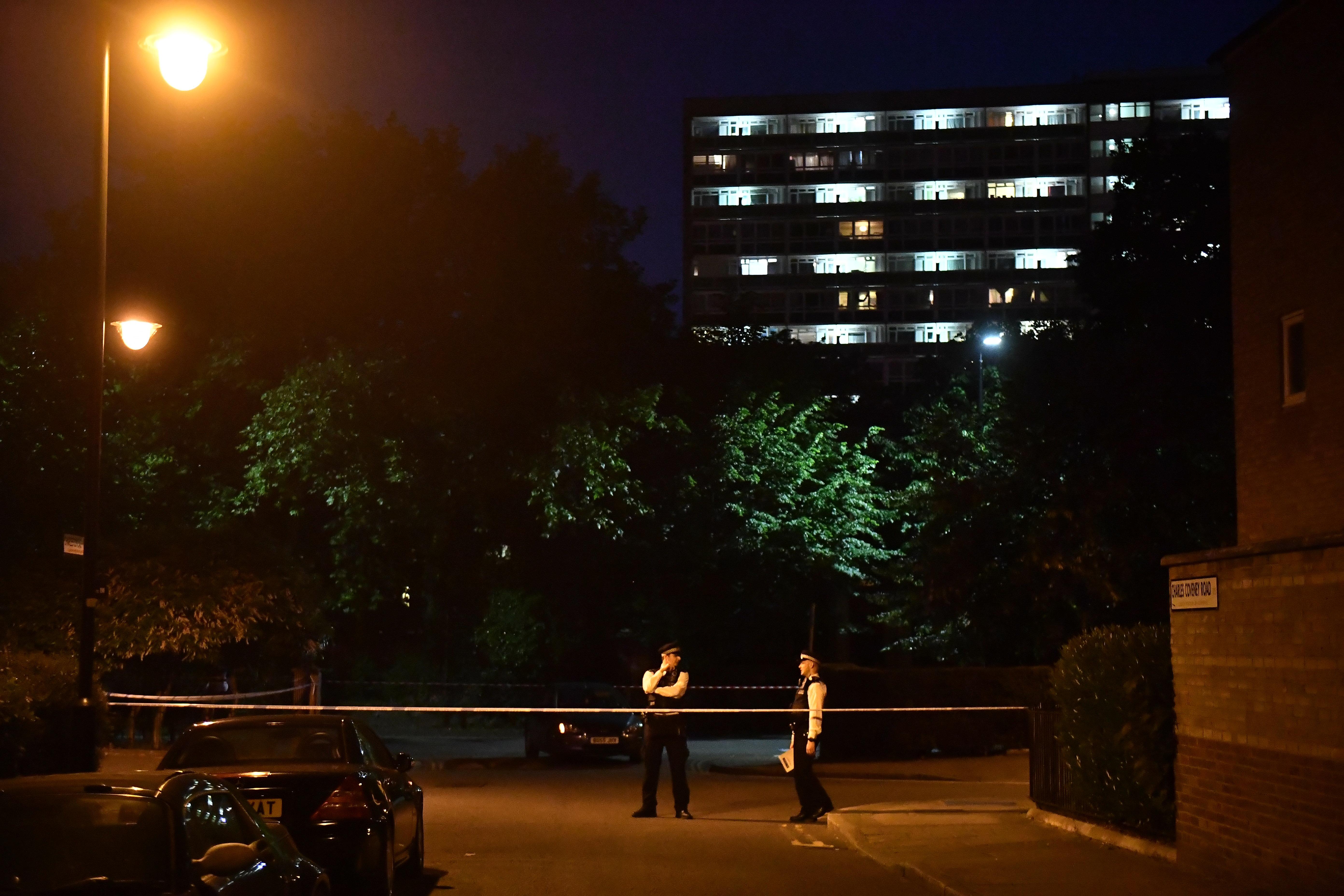 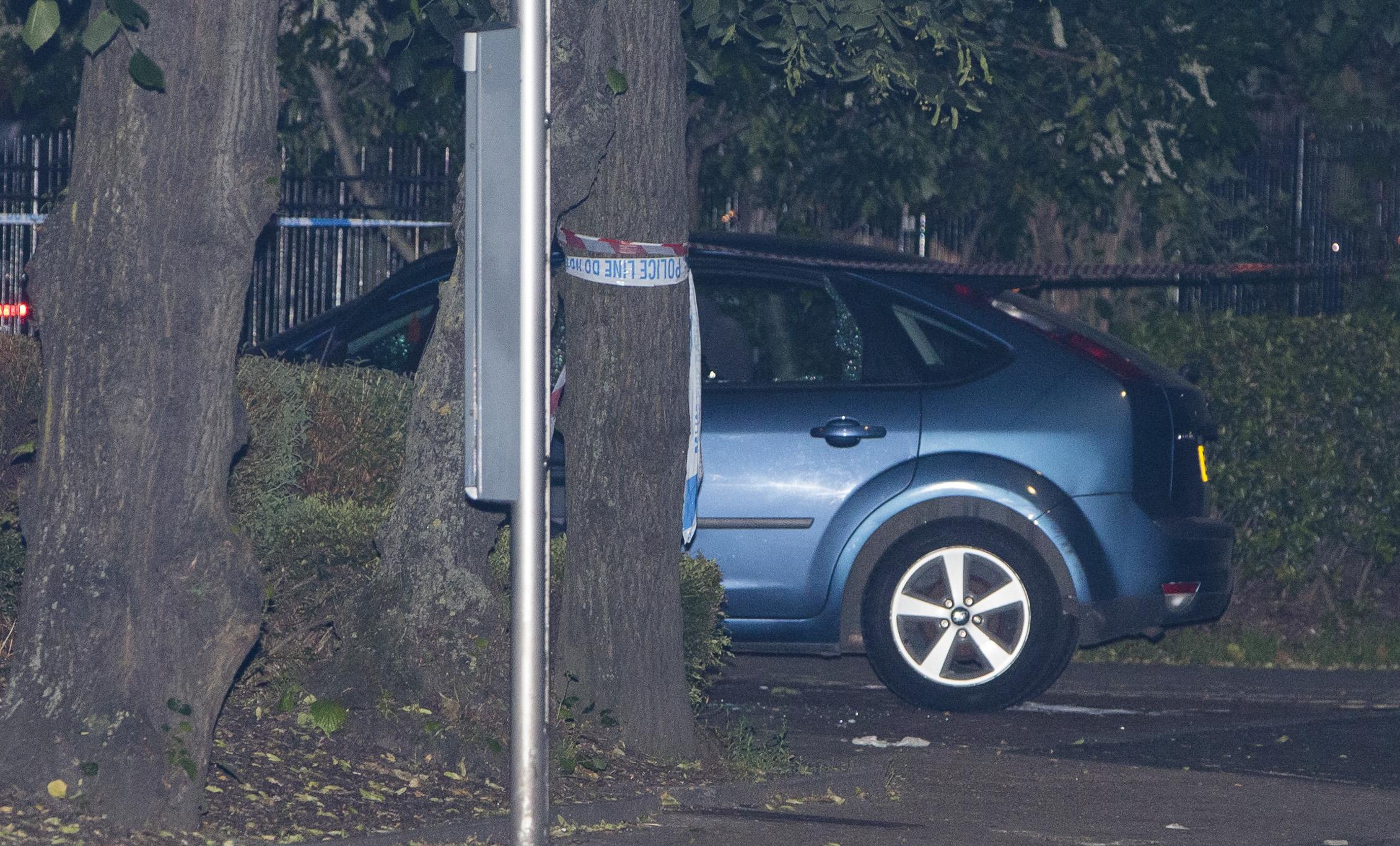 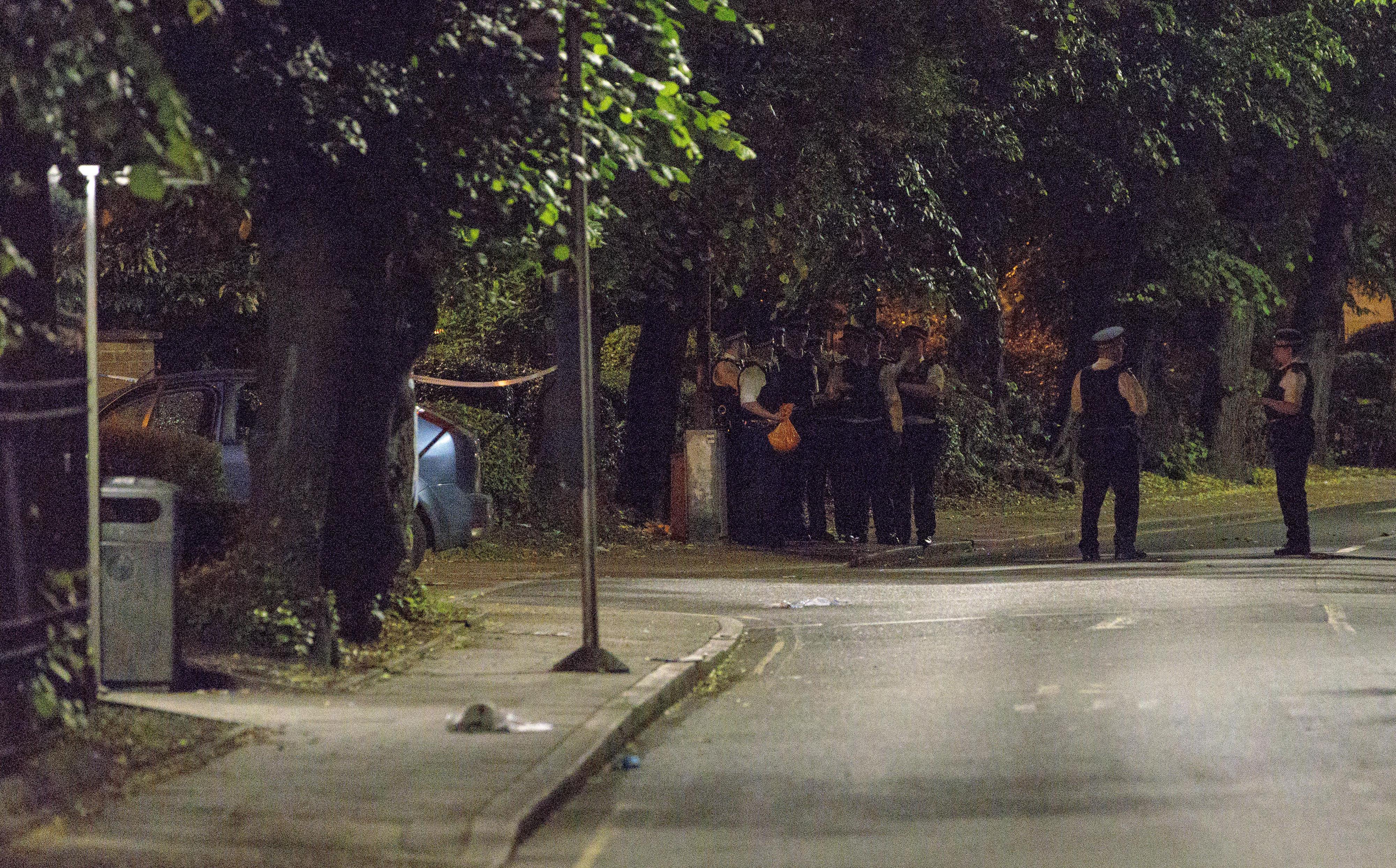 Police confirmed they had found the man badly injured, with London Ambulance Service also called to the scene.

In a statement, police said: "The injured man – believed to be aged in his forties – was taken by LAS to a south London hospital.

"A crime scene is in place. No arrests have been made. Enquiries continue. "

The victim's current condition is unknown. 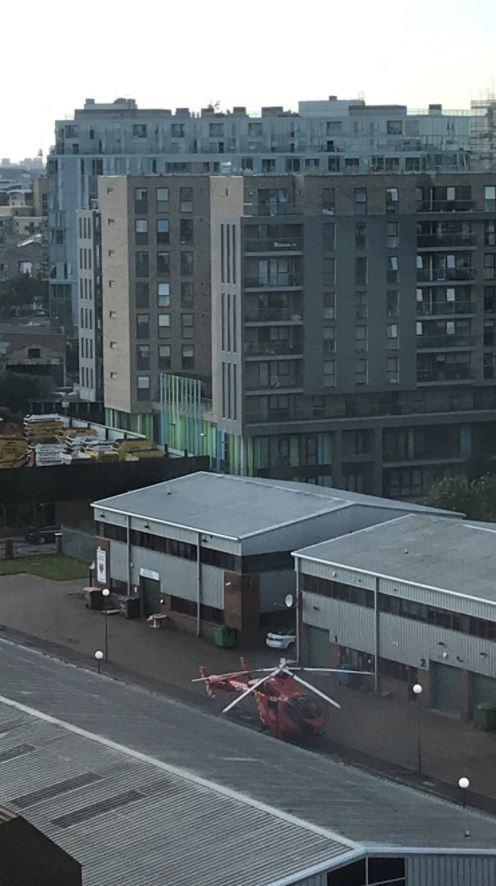 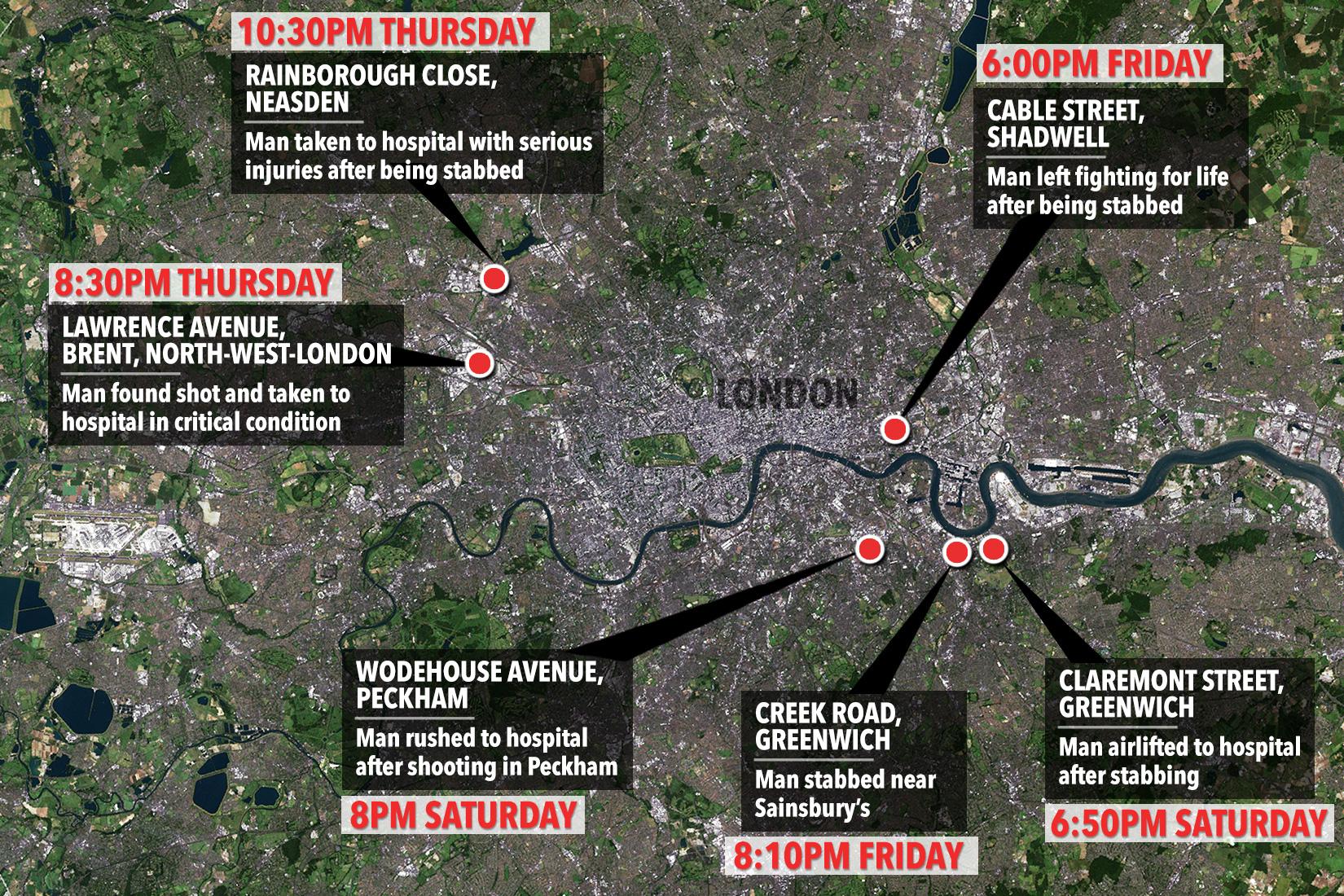 Police also launched an attempted murder investigation after a 22-year-old man was found suffering from multiple stab wounds in Shadwell on Friday.

One man, aged 23, has been arrested on suspicion of attempted murder and taken to an east London police station for questioning. Enquiries are ongoing.

DC Megan Bushell from Tower Hamlets CID said:“We have made one arrest and continue to build a picture the attack which unfolded.

"I would appeal to anyone who saw a confrontation in the area before the attack and anyone who witnessed people running from the scene after the stabbing to come forward.

"Your information could prove vital to our investigation."

Police were called to Creek Road, Greenwich – just yards away from Saturday's stabbing incident – after a man was found collapsed near a Sainsbury's shortly after 8pm on Thursday.

The victim was taken to hospital with non-life threatening injuries.

Also on Thursday night, a woman was stabbed to death and a young man was fighting for his life after allegedly being sprayed with bullets from a machine gun in Brent, North-West London.

There have been more than 70 murders in London so far this year.