Scores of train services were left running behind or cancelled after a passenger was killed at nearby Clapham Junction station on Wednesday. 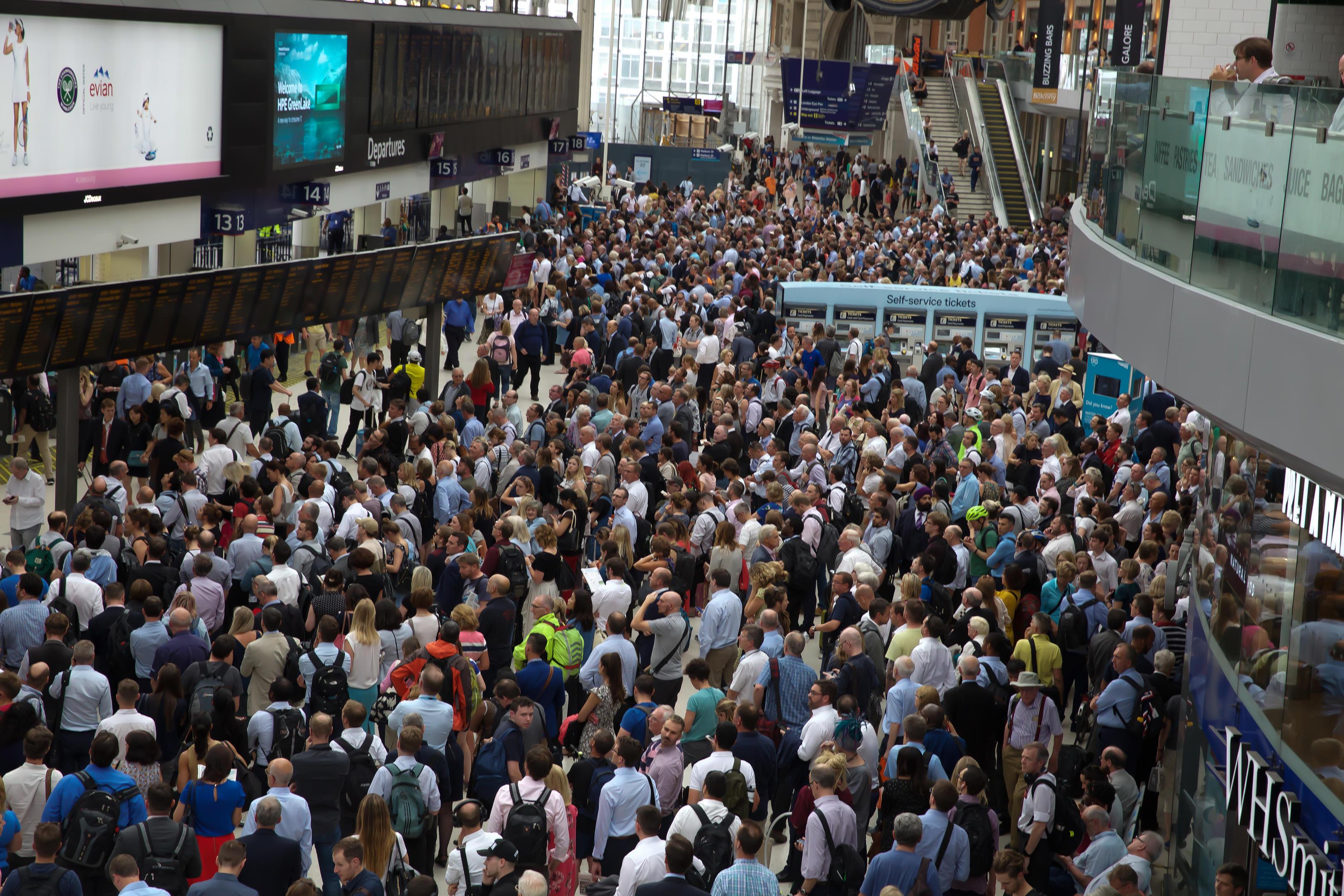 Paramedics rushed to save the man who was hit by a train – but he was pronounced dead at the scene.

The tragic incident has left services in and out of Waterloo in turmoil at the height of rush hour.

Southeastern told customers to expect up to 60 minutes of delays, while Southern Trains warned the disruption would last up until 9pm.

Pictures of the chaos showed crowds of frustrated commuters staring up at departure boards at Waterloo station and glaring at their phones as they stand in the roads outside.

One fumed: "Been sat outside London Waterloo for 40 minuets on a @SW_Railway train. What the f*** is going on?!"

One joked: "Roses are red.. Violets are blue.. Another @SW_Help delay.. At Waterloo."

A statement from South Western Railway later said all lines were back up and running.

A spokesman said: "Following the emergency services dealing with an incident between London Waterloo and Wimbledon earlier today, all lines have now reopened.

“Trains are now able to run on all lines however, as a result of the earlier disruption, trains may still be delayed by up to 60 minutes or revised at short notice.”