Lord Darroch, 66, said that Mr Trump’s brush with Covid-19 will remind American voters of how badly he has managed the pandemic.

Mr Trump, 74, announced that he and first lady Melania had tested positive for Covid overnight on Thursday and was moved to Walter Reed Military Medical Centre on Friday.

It appears the initial event that could have caused the outbreak is the Rose Garden event last Saturday where Trump announced Amy Coney Barrett as his nominee for the Supreme Court. 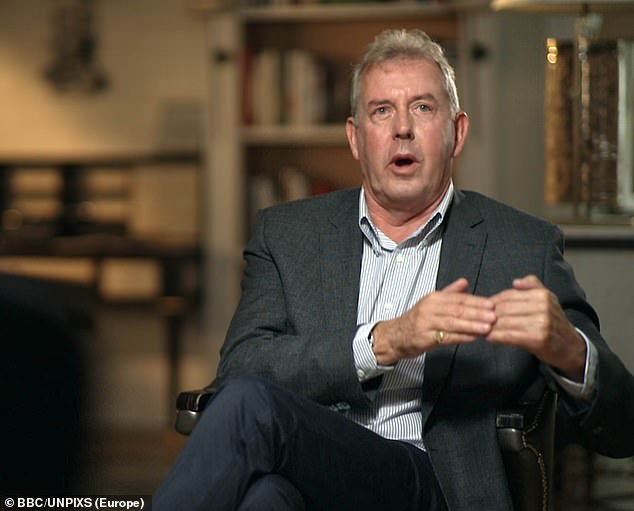 Lord Darroch has now said that with US politics so polarised, Mr Trump’s diagnosis will focus the remaining weeks of the campaign on his handling of the crisis.

The former ambassador, who resigned from his role in 2019 after emails were leaked in which he called the Trump administration ‘clumsy and inept’, said: ‘I think it’s probably just in sort of cold calculating terms of the election, it’s probably a very bad thing for the president.

‘One because it keeps the virus – because he’s caught it – on the front pages and the lead story for at least another couple of weeks and maybe longer if that’s how long it takes to recover.

‘He doesn’t want the narrative to be about coronavirus because the polls will tell you most Americans think he has not handled it well.

‘He wants the narrative to be about the ultra-left, radical-left Democrats and Joe Biden and as he would say a weak leader who will not be able to control them.

‘It will remind people of the particular view that Donald Trump took over the pandemic and how it has turned out. 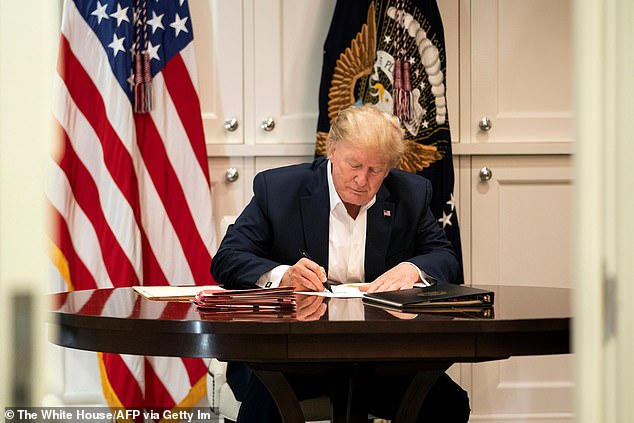 Mr Trump, 74, announced that he and first lady Melania had tested positive for Covid overnight on Thursday and was moved to Walter Reed Military Medical Centre (above) on Friday

Luna, who is responsible for handling Trump’s papers and speech texts, is the latest in a string of Trump’s inner circle who have tested positive for coronavirus this week.

Lord Darroch added that Mr Trump has recovered politically from other previous setbacks, including the Access Hollywood scandal in which a tape was published weeks before the 2016 election of him talking about assaulting women.

‘If he springs from his hospital bed like Superman in about five or six days’ time and is back on the campaign trail that will remind people of his terminator-like indestructibility and that could play for him but I’d be very surprised if that’s actually what happens,’ he said.

‘I think it’s more likely that you will not see any more debates and you wouldn’t see very much of President Trump before election day.’

Lord Darroch’s comments came when he was speaking at the Cheltenham Literature Festival to promote his new book Collateral Damage: Britain, America, And Europe In The Age of Trump.

The former ambassador also said that Mr Trump would take legal action in November’s election was as close as 2016 with Joe Biden being narrowly ahead. 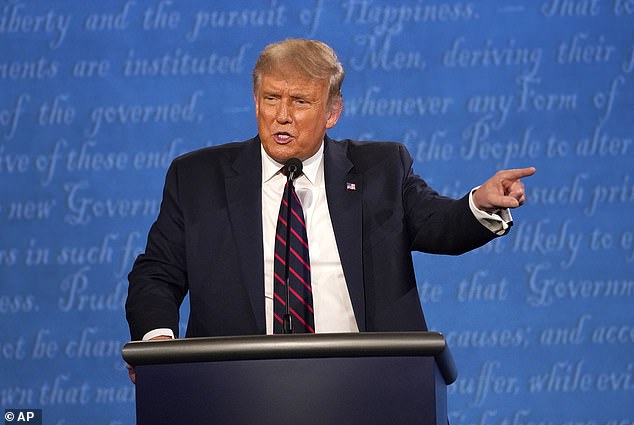 He added: ‘There’s lots of outrage in America when he refuses to say that he will definitely go if he loses the election.’

Lord Darroch specifically cited the 2000 presidential election, which ended in court over claims of irregularities in Florida.

He explained: ‘The 2016 election was won by 70,000 votes across three states and if it is as close as that again, but Biden is out ahead, I would be astonished if Trump didn’t go to court.

‘The preparations are already there, and they have teams of lawyers in all of these battleground marginal states ready to contest the results.

‘That likelihood is increased by the fact there will be more postal ballots than ever before this time.