Lord Heseltine says the ‘battle’ is on for the Conservative party

Tory grandee Lord Heseltine said the battle is on for the ‘soul of the Conservative Party’ as he criticised the ‘ruthlessness’ of Boris Johnson’s government.

The former deputy prime minister, a committed pro-European, said there was ‘deep unease’ with the way the Prime Minister and his ‘zealot’ advisers were behaving.

Mr Johnson has repeatedly vowed to take Britain out of the European Union, deal or no deal, by October 31, and would rather ‘die in a ditch’ than ask the EU for another extension.

But on Monday MPs are expected to pass an act of law compelling the Prime Minister to stop a no-deal Brexit and ask the EU for another extension to the UK’s withdrawal, taking it from October 31 to January 31 2020. 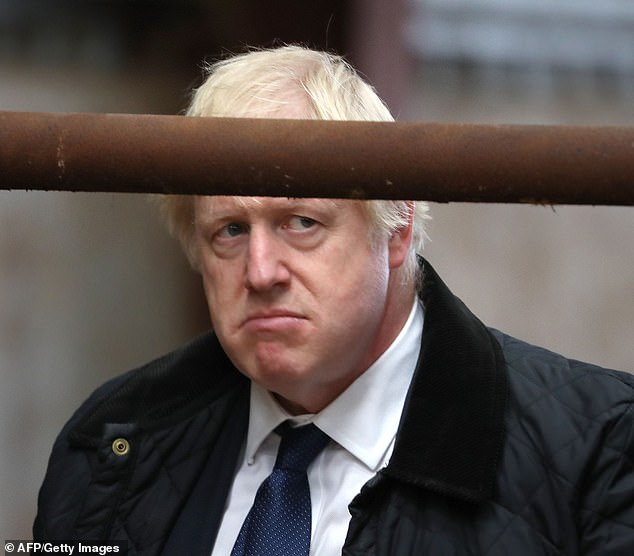 Hilary Benn MP, who instigated the bill, said he will go to the courts if Mr Johnson does not comply with the law.

Speaking after Mr Benn at the same anti-Brexit rally in Leeds, Lord Heseltine said: ‘I think there are two very dramatic issues, both interlocked.

‘One is the appalling danger of a no-deal Brexit and the economic consequences.

‘But I think this is now interwoven with the battle for the soul of the Conservative Party.’

Lord Heseltine said the proroguing of Parliament, employees being ‘marched out of Downing Street’ under police escort and the sacking of 21 Tory MPs he ‘hugely admired’ showed a ‘ruthlessness has been injected into the conduct of affairs’. 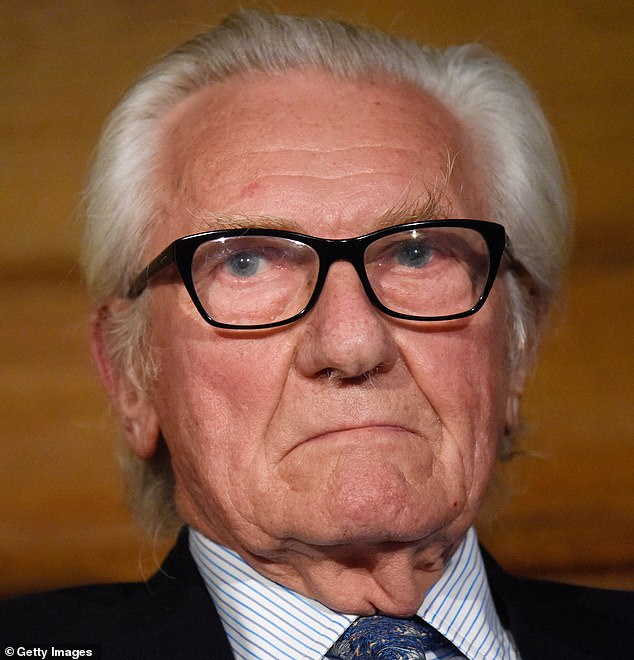 He said: ‘This has been an extraordinary week.

‘Of course I would not like to see the British Prime Minister taken to court, but it doesn’t matter a toss whether I like or dislike, that’s not the question.

‘The question is, is the British Prime Minister subject to the law and the answer is black and white, yes.

‘I hope that he will see sense.

‘These are fundamental issues about what sort of Conservative Party it is.

‘Who is running it? For what purpose? 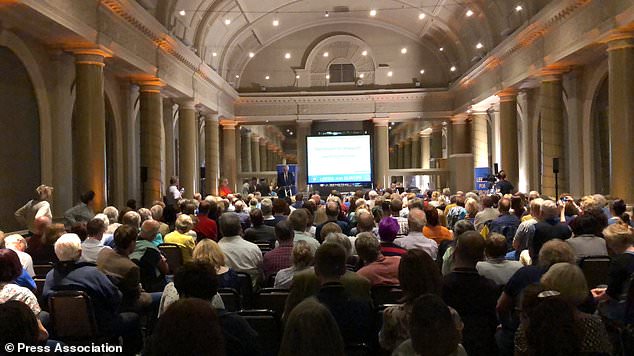 ‘There is a battle now for the soul of the Conservative Party.

‘The stakes could not be higher.’

Lord Heseltine said it would now be difficult for the Prime Minister to get a deal with the EU because of ‘hardline’ anti-EU Tory MPs and the ‘significant hold’ the Brexit Party had over the Tory Party. 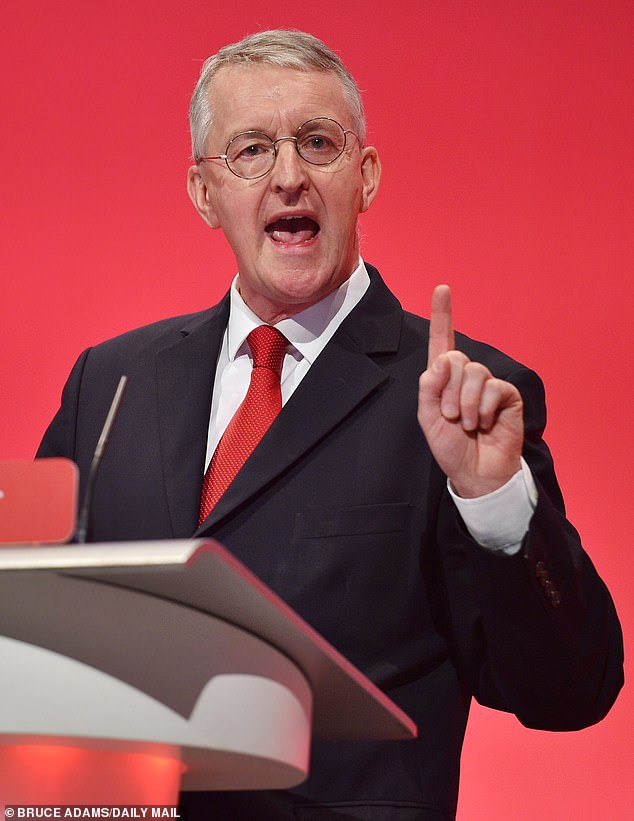 Lord Heseltine was joined in Leeds by Labour MP and Chair of the Exiting the European Union Select Committee, Hilary Benn

He said Mr Johnson’s plan was to threaten a general election and use Labour leader Jeremy Corbyn as the ‘reds under the bed bogey man’.

‘The plan has blown up in their face,’ he added.

‘Without plan A they have no plan B.

‘I am deeply concerned. I am depressed because I think the Tory Party is at risk of a fracture, a party to which I have given my life with pride and energy.

‘The prime ministers I’ve worked for, every one of them since Winston Churchill, all that they stood for, all they argued for, all they achieved, at risk on a final throw of the dice, to placate Nigel Farage.’