Love-struck GP, 41, who bombarded female patient with romantic messages and flowers is suspended from practising for extra 12 months 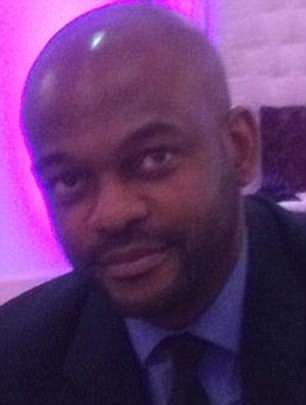 A love-struck doctor who bombarded a pretty female patient with romantic messages and flowers has been suspended for 12 months.

The Manchester tribunal heard he was working as a locum GP at Murdishaw Health Centre, in Runcorn, Cheshire, when he met unnamed woman ‘Patient A’.

Uzoh secretly accessed the woman’s personal records to obtain her phone number and address and sent her bouquets of blooms and messages of love.

One message read: ‘My heart is pure, I care, I hope it would be possible to make you mine someday.’

He admitted to the General Medical Council he persisted in bombarding her with messages as ‘I thought she was playing hard to get.’

In May 2017 it was found his actions were ‘sexually motivated’ and he was suspended for a year – now after a review he’s been suspended for another year.

The MPTS review on June 5th found his fitness to practise still remains impaired and decided it was necessary to keep him off the medical register.

The single dad, who lives in Great Sankey, Warrington, Cheshire, told the tribunal he could not attend the hearing because he was unable to leave his two young children alone.

Last year the tribunal heard that the doctor accessed a female patient’s medical records to obtain her personal details.

Dr Uzoh sent the patient a text within 30 minutes of their first appointment at his surgery on March 22nd, 2016.

The doctor told her: ‘I saw you and I liked you and thought maybe we could go on a date. 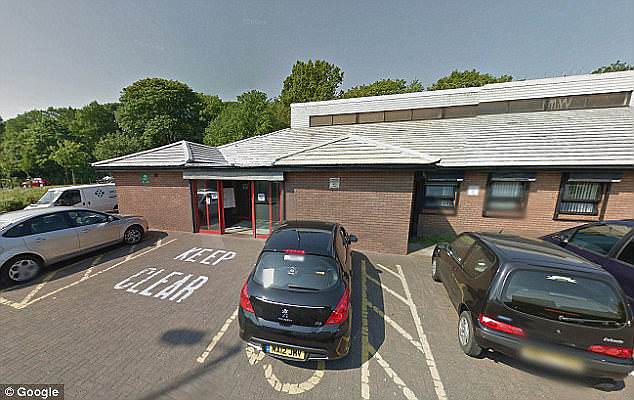 The Manchester tribunal heard he was working as a locum GP at Murdishaw Health Centre, in Runcorn, Cheshire, when he met unnamed woman ‘Patient A’

‘I am single and looking for a serious relationship and not intending to mess about.’

The besotted doctor sent her 20 texts, called her mobile phone and left voicemail messages, between March and May, 2016, the hearing was told.

He also posted a card with flowers to her home address, with a message saying: ‘My heart is pure, I care, I hope it would be possible to make you mine someday.’

Dr Uzoh spent six weeks pestering the woman to try and get a date and told her that he had ‘huge earning potential’.

He also claimed to be ‘the best in his medical school’ as well as having written ‘several well cited scientific publications’.

He even left her a voicemail saying he wanted to ‘hear her voice before he went to work’.

Dr Uzoh later sent her another text saying: ‘I’ve been feeling like a schoolboy meeting a girl he fancied for the first time. I haven’t felt this way in a while.’ 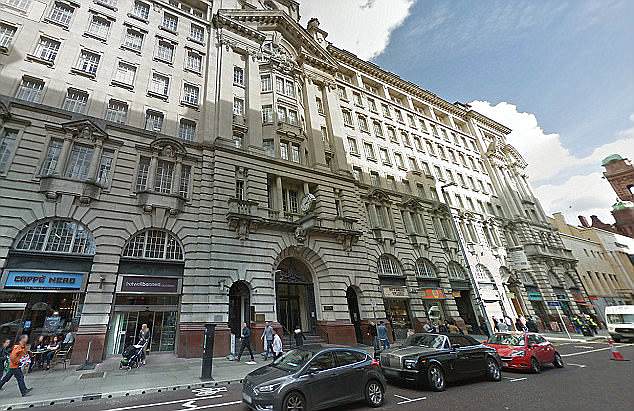 The besotted doctor sent her 20 texts, called her mobile phone and left voicemail messages, between March and May, 2016, the hearing was told

The medic continued to pursue the woman after she asked him to stop. Patient A said his relentless infatuation left her ‘scared’.

She told the GMC: ‘I was really shocked to get that initial message from him because I trusted him as a doctor.

‘If I got that message now there is no way I would respond.

‘Everyday I looked at my phone there was something from him whether it be a text message, missed call or a voicemail message.

‘As soon as I knew the flowers had been sent I knew that they would be from Dr Uzoh – there weren’t many people who knew my address at the time.

‘I felt sick because I live on my own and I was scared because he had got my records so what was to say he wouldn’t turn up at my door?’

One reply from Patient A back Dr Uzoh read: ‘I feel you went too far with getting my address without my permission.

‘It scared me – the thought of someone getting it so easily when I have put my trust in doctors is unnerving.

‘Thank you for the flowers but I would appreciate it if you didn’t do that again.’

Another to him said: ‘You’re being too full on – I’ve only met you once and I was your patient!’

But a year on, the General Medical Council (GMC) said it had received little evidence that Dr Uzoh understood the impact of his wrongdoing.

They also said they have not had any reassurance from him that he would not repeat this sort of behaviour.

The GMC added it was disappointed Dr Uzoh had not shown any sign of addressing his failings nor kept his medical knowledge and skills up to date.

Ms Goring, counsel for the GMC, said: ‘Dr Uzoh does not appreciate the gravity of his offence.

‘Particularly in relation to his misuse of patient records and his actions being sexually motivated.

‘Patients would be placed at risk if Dr Uzoh returned to practice.’

In a letter dated April 2018, Dr Uzoh told the GMC he was ‘still at a loss as to how the GMC managed to determine that this matter was of a sexual nature.’

Dr Uzoh said he was not lewd with the patient, did not touch her inappropriately and did not write or say any lewd words to her.

The GP told the GMC: ‘I became attracted to a young lady I met whilst locuming.

‘Knowing full well that I was leaving the UK and the GMC forbids doctors from having relations with their patients I made my intentions known to her.

‘I was seeking something long term only after I stopped working in the UK. I persisted in contacting her only because I thought she was playing hard to get. But I stopped when I realised she was serious and was distressed by it all.

‘There was nothing sexual about my intentions as I was then a single dad and was hoping to find a partner. She had told me she loved kids and was working with children at a school.

‘I was interested in her for this reason considering I had at the time a six-year old and a four-year-old who I had been raising all by myself for four years.’

Dr Uzoh explained his family live in North America and after finishing GP training in August 2015 he secured a job offer – which he never took up – in Canada.

At the time of the case he was already scheduled to leave the UK and was undertaking locum positions.

Dr Uzoh apologised if this behaviour fell far below the standard expected of a medical practitioner but he said his intentions were ‘honourable’.

He added: ‘As a flawed human being, I made a mistake by contacting a patient when I shouldn’t have. Having said this I know doctors who are married to their patients. My intentions were noble.

‘I wish the patient all the best as I have no malice towards her. I heard she contacted the police I wonder why. I only cared about her. I was never going to harm her.

‘When it turned out she wasn’t interested I sent her flowers to apologise for my actions.’