Lucozade has been forced to stop selling several flavours due to a shortage of plastic bottles – leaving drinkers scrambling for alternative ways to ease their New Year hangovers.

The energy drink brand has temporarily stopped producing the flavours Caribbean Crush, Apple Blast and Wild Cherry due to production issues at its bottle supplier.

It comes at a time when the Lucozade is typically in high demand as a hangover ‘cure’ for festive revellers.

The brand’s owner said it was ‘working hard’ to resolve the issues’ and get the flavours back on the shelves. 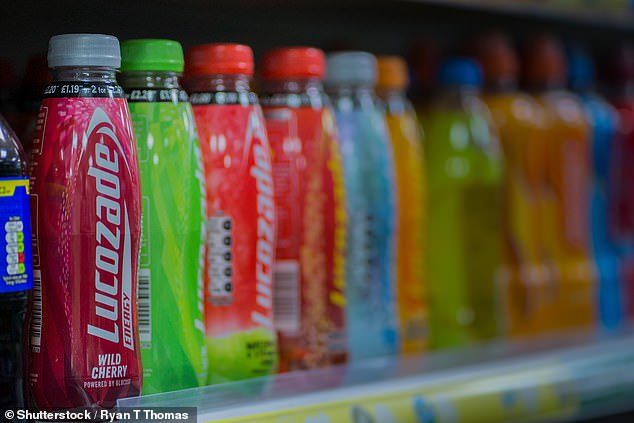 The energy drink brand has temporarily stopped producing the flavours Caribbean Crush, Apple Blast and Wild Cherry due to production issues at its bottle supplier

How Lucozade pulled its branding from the Qatar world cup 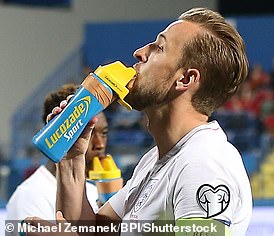 ‘The plant is based within our factory and is our sole supplier of bottles, a fact that enables us to streamline our packaging transportation requirements and therefore reduce CO2 emissions and allows for close synchronisation with our production needs.

‘While we are working at speed to rectify this issue, we have taken the difficult decision to prioritise the production of our core Lucozade Energy Original, Orange and Lucozade Zero drinks over other Lucozade Energy flavours.

‘Lucozade Sport and Ribena remain unaffected and we anticipate production of our Lucozade Energy flavours recommencing in Q1 2023.’

Lucozade is the UK’s top-selling energy and sports drink.

Previously owned by British pharmaceutical giant GSK, it was bought by Japanese beverage group Suntory in 2013.

Lucozade also experienced supply issues in April, with the company telling The Grocer that the issue was down to ‘extraordinary demand’ after the easing of Covid restrictions.

The brand made the headlines again in November when it announced it had pulled advertising from the Qatar World Cup.

The company confirmed their bottles won’t be seen at matches, in training or during press conferences throughout the duration of the tournament.

Lucozade has supplied the English national team since 2008, with their branding regularly seen in connection with the Three Lions.

The drink began as ‘Glucozade’ and was first brewed in 1927 by William Owen, a chemist in Newcastle.

It was Mr Owen’s answer to tiredness for people suffering from the flu or a common cold.

By 1929, then renamed Lucozade, it was stocked in most British hospitals.

A great success, the fizzy orange drink caught the eye of soft drink magnate Beechams – which would become GlaxoSmithKline – in 1938.

By the early 1950s, they would rely on Lucozade to bring in half their profits.

Until 1982, it was sold in a glass bottle with yellow cellophane wrapping.

But in 1983, renamed and reformed management GlaxoSmithKline gave the beverage a makeover.

The slogan changed from ‘Lucozade aids recovery’ to ‘Lucozade replaces lost energy’ – with a plastic bottle brought in instead.

With Olympic decathlete Daley Thompson as the face and a range of new flavours, it became the brand success story of the 1980s.

In 1990, Lucozade Sport was launched, with stars such as Liverpool’s John Barnes, Alan Shearer and rugby national Jonny Wilkinson heading up their various advertising campaigns.

Their novelty editions include ‘Larazade’ in 2001, fashioned to coincide with the film Tomb Raider – taking its name from Angelina Jolie’s character Lara Croft.