Lorraine Maclellan was killed when the minibus she was travelling in with four other teachers and three young people was in collision with an articulated lorry. 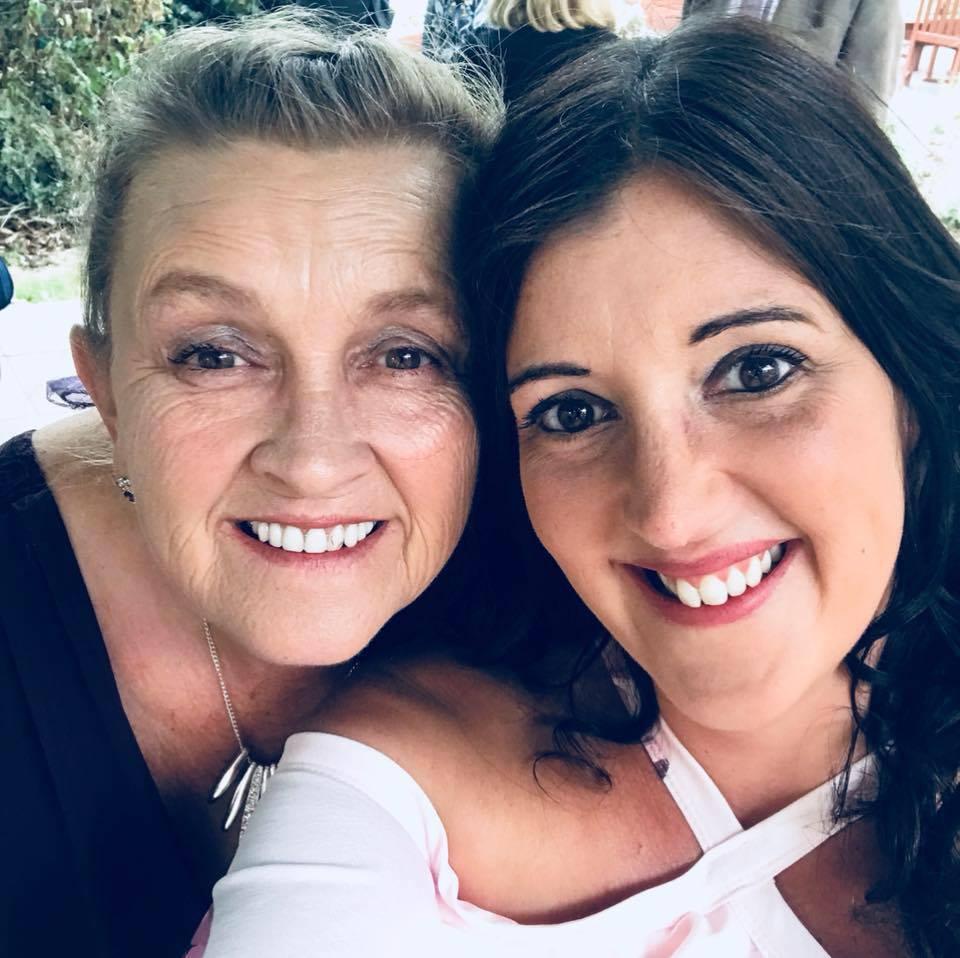 She was one of two support teachers who died in the wreckage of the minibus as they returned to Prior's Court, a residential school for children and young people with severe autism.

Other teachers from the facility were flown to hospitals suffering from life threatening injuries.

Three young people in the minibus who were on there way back from a regular work placement, suffered less severe injuries.

All six lanes of the M4 motorway were closed following the tragic smash. 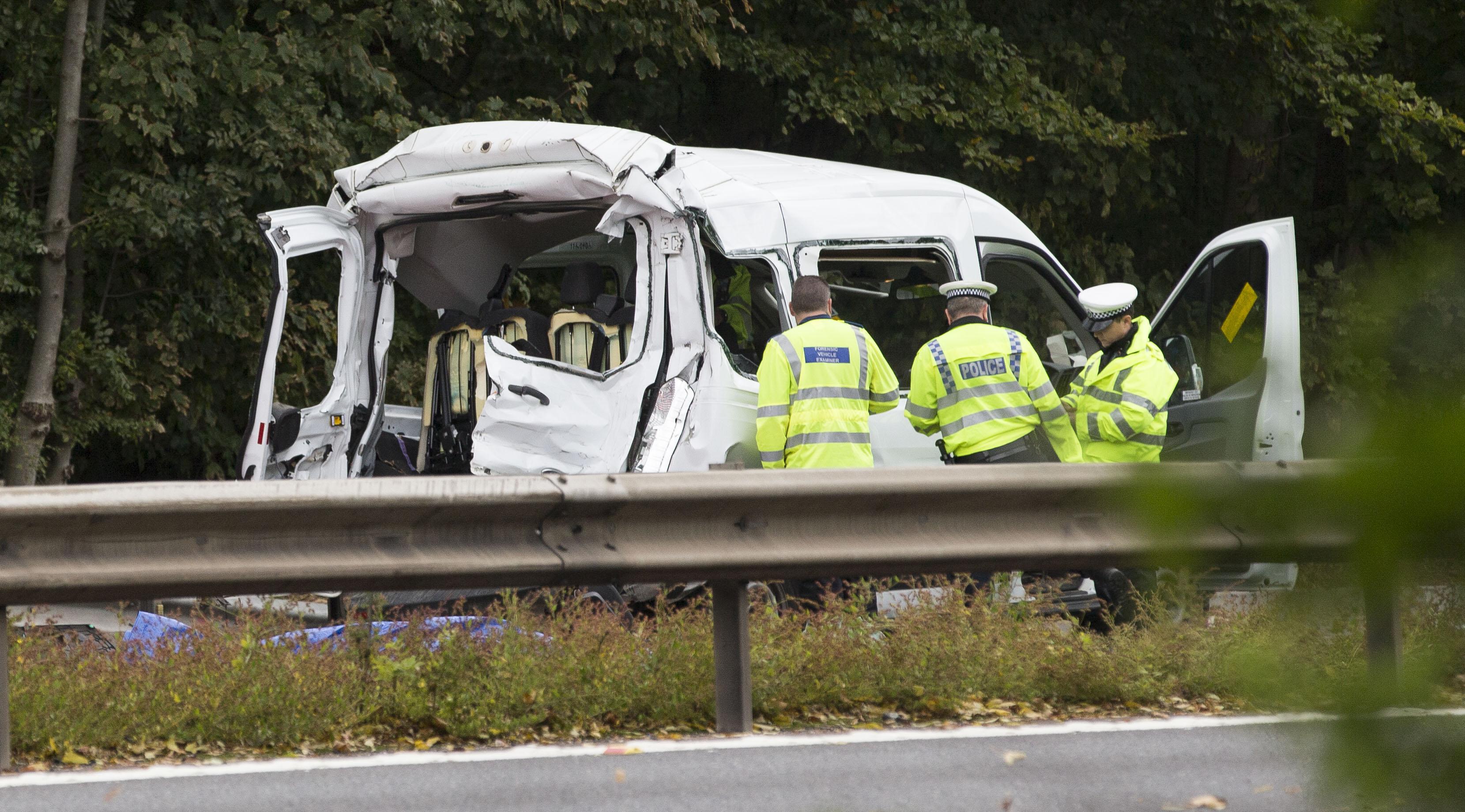 The crash kept the eastbound section of the M4 motorway between junctions 14, Hungerford, Berks., and junction 13, Chieveley, Berks., closed for nine hours as the wreckage of the vehicles was removed.

Today Ms Maclellan's daughter Emma posted a tribute to the florist who worked in the gardens within the 50 acres of Prior's Court, in Thatcham, Berks.

She said: "Heaven gained another Angel, our beautiful mum, our best friend and the heart of our family was tragically killed yesterday afternoon. Our family are absolutely devastated beyond words.

"Our beautiful mum was tragically killed in an accident on the M4 yesterday afternoon while working at a role she loved at Priors Court. 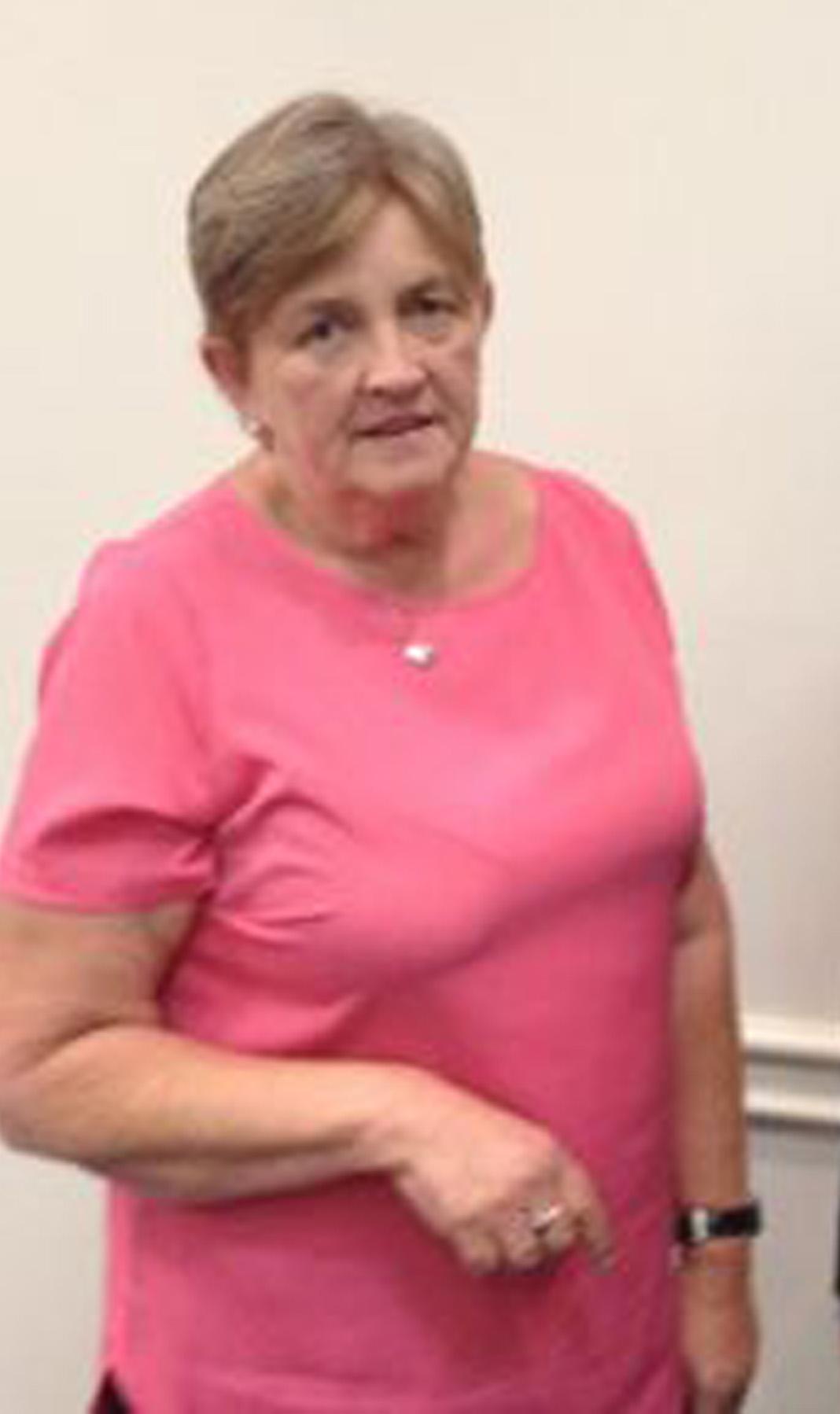 "Our thoughts are also with the other staff members & children at Priors Court that were also involved and their families. We wish you all a speedy recovery.

"Mum we all love you so much and we can’t even put into words how much we’ll miss you. RIP Mum."

Her other daughter Michelle added: "Mum loved her job, colleagues and the amazing children she worked with who all become family to her. Thank you for your kind words at such a sad time.

"Please send mine and Emma’s thoughts and love to all those involved too." 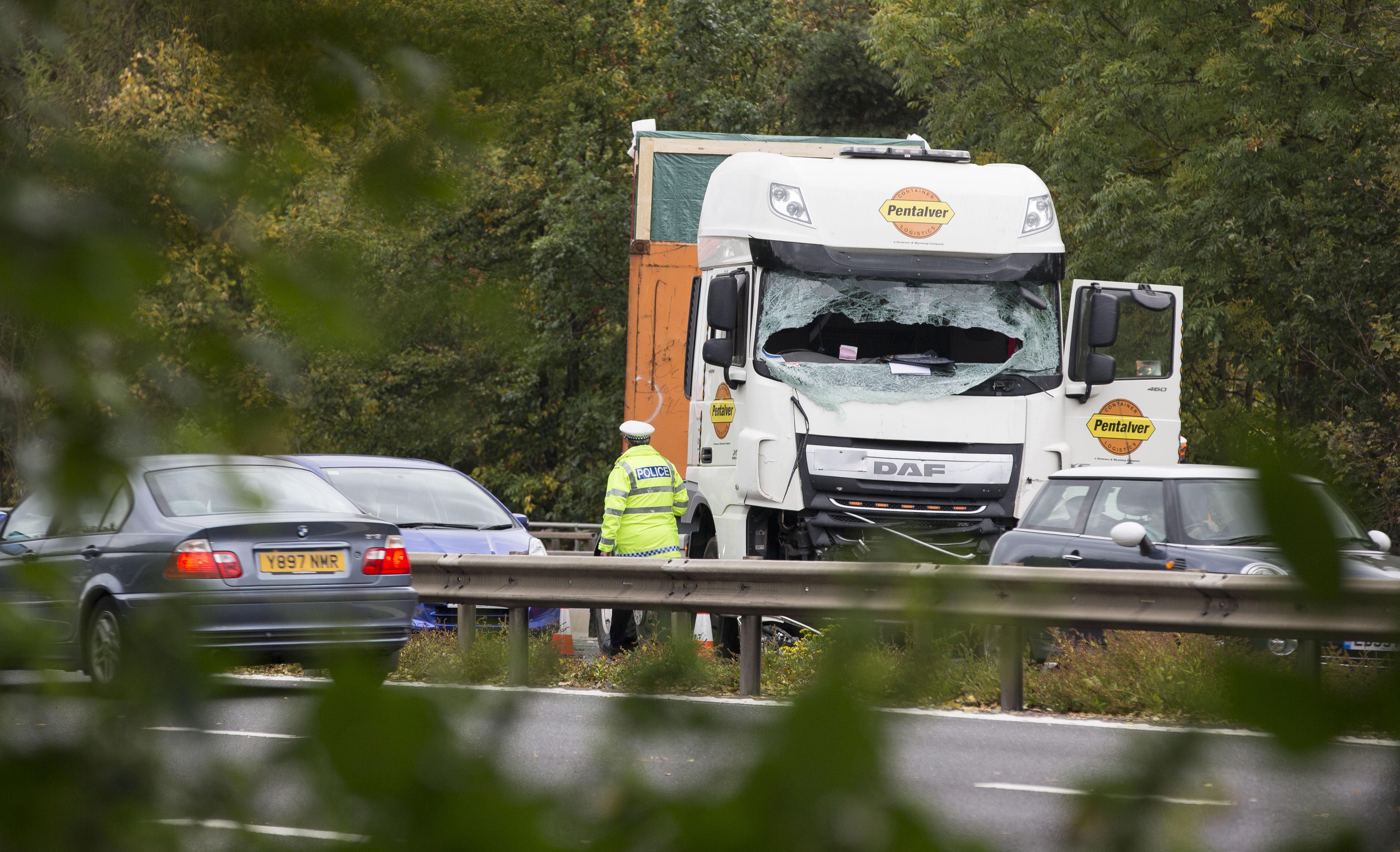 Colleague Joanne Cottam wrote: "I loved working with your mum."

Friend Shannon Fryer said: "RIP Lorraine MacLellan! You were such a gem to PC-staff and students!

"Thoughts are with all your family! You will be missed thoroughly."

A spokesman for Prior's Court, in Thatcham, Berks., said staff had been left devastated by the crash. 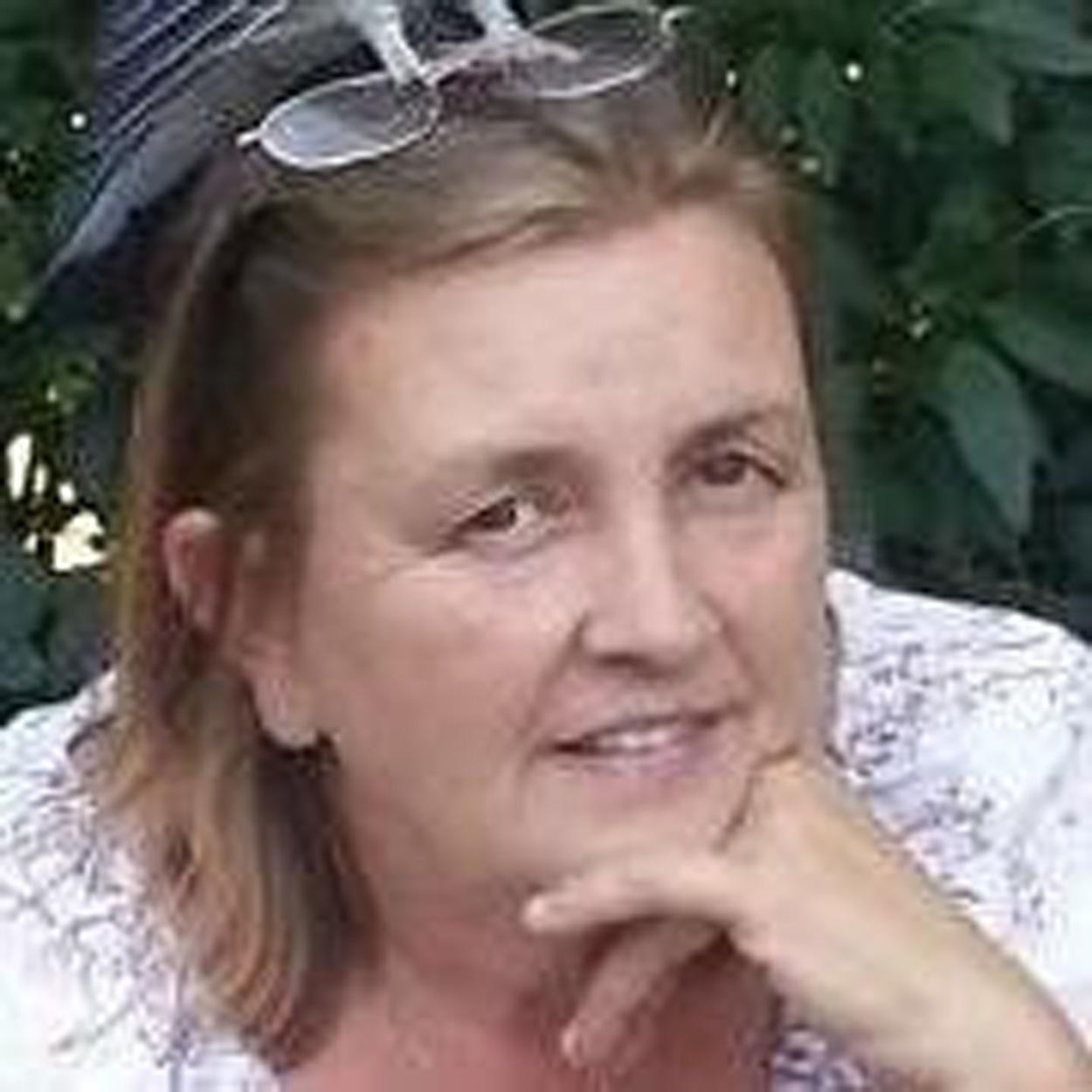 Mike Robinson, Chief Executive at Prior’s Court said: "I speak on behalf of us all at Prior’s Court when I say we are devastated about the road traffic collision which happened today. I send my deepest condolences to the families, friends and colleagues of the two people who lost their lives.

"At this time, there are three further staff members receiving treatment and my thoughts are very much with them and their families.

"In such tragic circumstances, we are grateful that all the young people involved are safe and without serious injuries, and we will be doing everything we can to safeguard their wellbeing at hospital and upon their return.”

"The collision occurred on the way back to Prior’s Court, after the three young adults –who all have severe autism – were being supported to attend a regular work placement session. 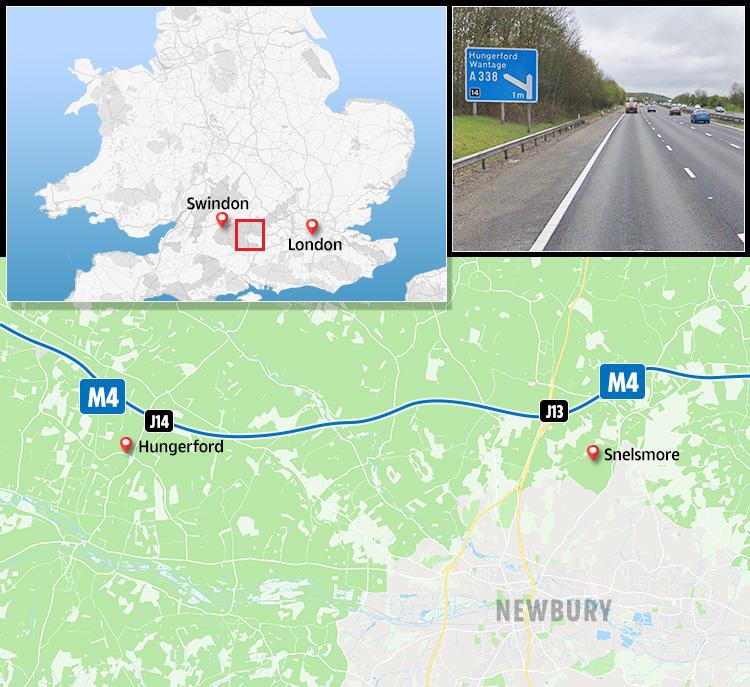 "Specialist Police Family Liaison Officers are helping those affected by this terrible and tragic incident."

A spokesman for Thames Valley Police said officers were on the scene until late into the evening to carry out forensic investigations to establish what happened in the moments leading up to the collision.

"At around 12.20pm on Thursday there was a collision between a heavy goods vehicle and a minibus," said the spokesman.

"Two people who were in the minibus sadly died at the scene.

"Three other passengers in the minibus including the driver have been taken to hospital with serious injuries.

"The driver of the HGV was also taken to hospital having received minor injuries.

"Anyone who may have seen what happened or who has dash-cam footage is asked to contact police."

Post mortem examination were due to be carried out and inquests opened and adjourned by the Berkshire Coroner Heidi Connor within the next week.

The injured were being treated at hospitals in Oxford and Bristol.