As she unveiled her new European Commission in Brussels yesterday she said NATO is the essential defence organisation – not the European Union. Mr Macron last year claimed the EU would not be “protected” until all European Union members states agreed to the need for a “real European army”.

Speaking to Europe 1 to defend his support for the EU Army project, the French President said in November: “I believe in a project of a sovereign Europe, a powerful Europe.

“We won’t protect Europeans if we don’t settle on having a real European Army.”

But von der Leyen said on Tuesday: “The European Union will never be a military alliance”.

She added: “Nato will always be our collective defence.” 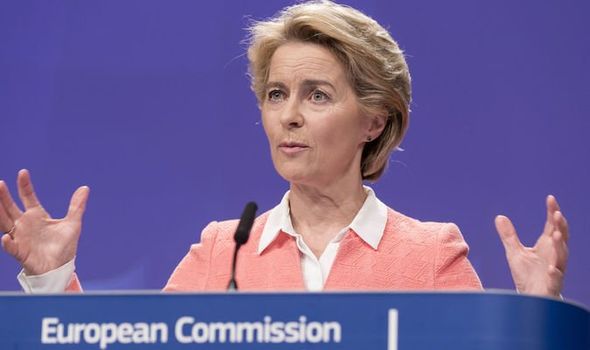 Her bitter blow to Mr Macron’s vision for the EU came after von der Leyen told Spain’s Josep Borrell in a letter the EU needs to take “decisions in a faster and more efficient way” and that its constraints “hamper our foreign policy”.

Mr Macron has repeatedly been warned against pushing for the slow moving European Commission to form a military alliance.