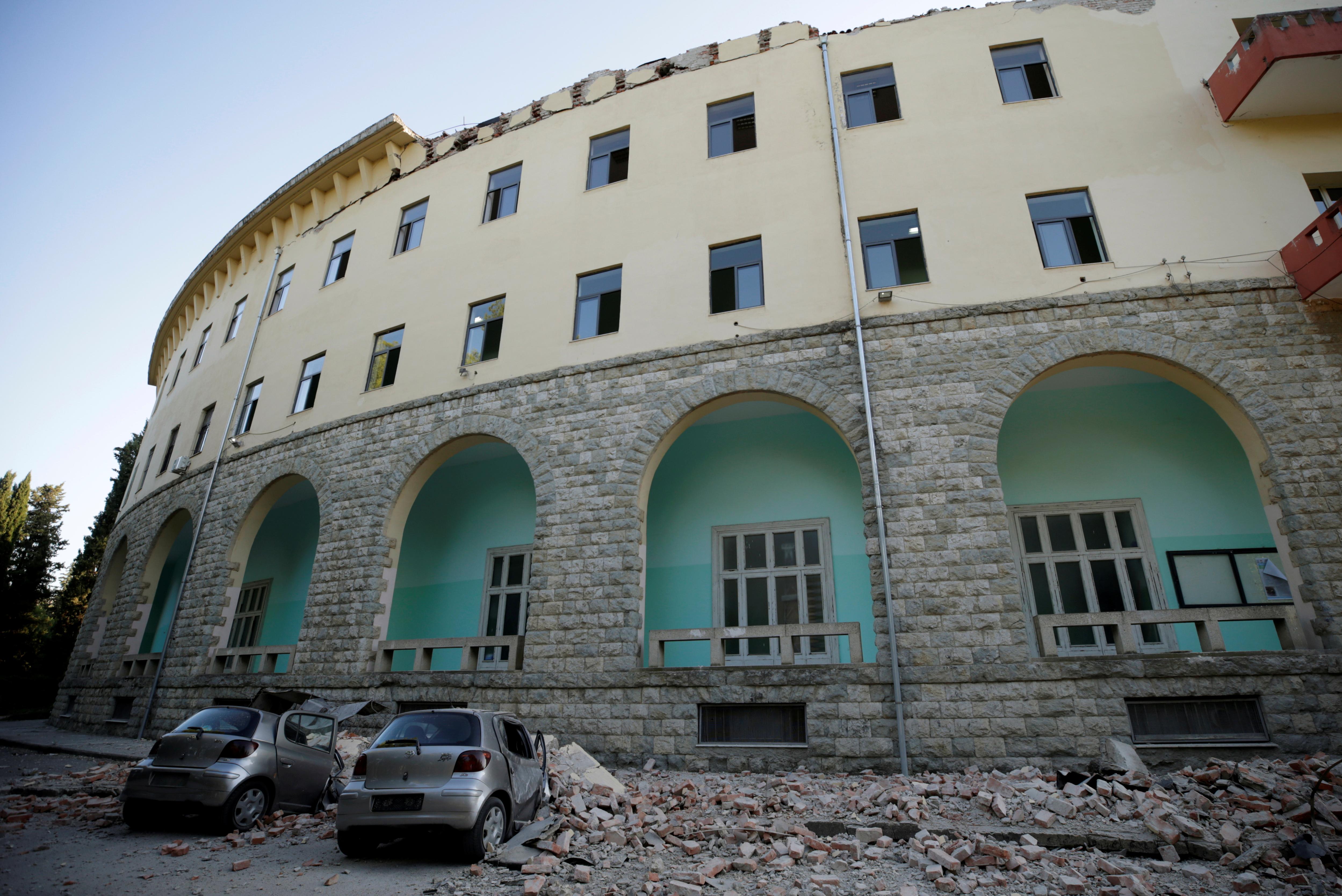 TIRANA (Reuters) – An earthquake with a preliminary magnitude of 5.6 and an aftershock only slightly weaker shook the Albanian port town of Durres on Saturday, rocking buildings there and in the capital Tirana and sending residents rushing out into the streets.

The Defence Ministry said it was the most powerful quake in Albania in the last 30 years. Residents in Tirana ran out of buildings onto the streets and into parks for safety.

“All our neighbors came out screaming. Thank God it did not last long – about 20 seconds. It was a nightmare on the 10th floor. I don’t remember a more powerful one than this,” a pensioner in Tirana called Agim, 67, told Reuters.

Local media reported that 49 people were being treated for injuries at Tirana’s main hospital. One person in Durres reportedly suffered a broken leg when rushing out of a building, and some others in rural areas were reportedly injured by falling bricks and plaster.

The U.S. Geological Survey gave the quake an initial magnitude of 5.6, while the Albanian Geosciences Institute reported it as registering 5.8 with an aftershock 11 minutes later measuring 5.3.

One apartment building in Durres was heavily damaged, with a crack running down it from the sixth floor all the way to the ground.

An old building in Tirana was evacuated after cracks appeared in its walls, while debris from fallen bricks could be seen scattered across the courtyard at the Geology Faculty at the city’s university.