Washington: A Facebook account apparently belonging to the man charged with sending pipe bombs to prominent Democrats this week included references to Russian associates and propaganda links that echo Kremlin views on the Syrian civil war, alongside ramblings about soccer, women and US politics.

Cesar Sayoc, 56, a vocal supporter of President Donald Trump who was arrested in Florida on Friday and charged with multiple federal crimes, apparently spoke of "my Russian brothers" on several occasions on a Facebook page in 2015. The meaning of the references to Russians is not clear, nor is it clear how Sayoc came to view and share propaganda sympathetic to Russian actions in Syria. 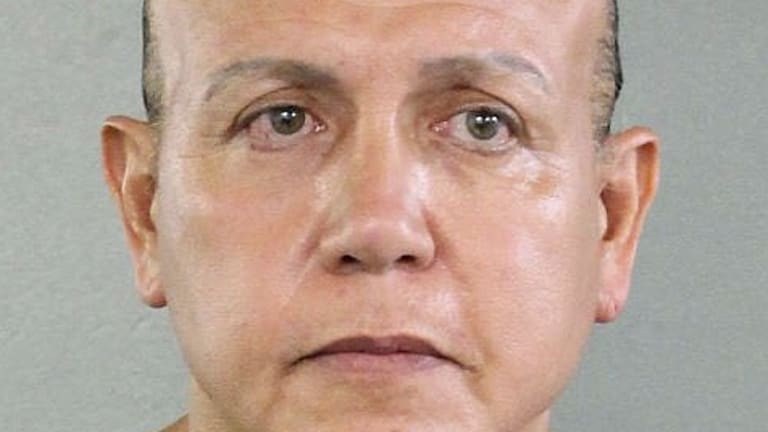 Facebook removed the account from public view after news spread of Sayoc's arrest. But The Washington Post obtained hundreds of public posts from 2015 and 2016 from Columbia University social media researcher Jonathan Albright, who downloaded them on Friday before Facebook removed the information.

The Facebook account reviewed by the Post carried the name "Cesar Altieri," the first and middle names of Sayoc, and features posts including words, pictures and videos, along with copious news links. The posts include many selfies and other pictures featuring him at various locations around Florida, both alone and with what appear to be friends.

Similar themes emerged in a Twitter account that appears to have belonged to Sayoc, under the name "hardrockintlent," which uses a variation on Sayoc's name and a business affiliated with him, as well as his picture. Information from the account, which has been suspended by Twitter, was also obtained by Albright. It is distinct from the Twitter account listed in the criminal complaint and indicates Sayoc operated multiple accounts.

The "hardrockintlent" account – which lists the name "Julus Cesar Milan" as the owner – in July 2016 posted about "my brothers in from Russia the great leader Puttins relatives visiting us today" at a Hard Rock Cafe in South Florida. "Puttins" appears to be a misspelled reference to Russian President Vladimir Putin. 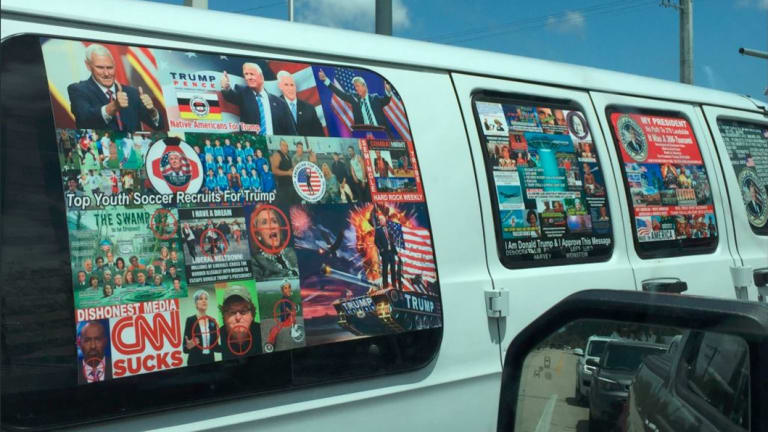 A person familiar with the investigation said the FBI is examining all of Sayoc's social media posts, a standard step in major investigations. Facebook and Twitter declined to comment on any particular accounts but said they are working with law enforcement.

Sayoc appeared to maintain several Facebook accounts, which were all disabled on Friday. An account with the name "Cesar Altieri Randazzo" had many personal photos of Sayoc, including videos he took of himself at a Trump rally in 2016. The account, before it was eventually disabled by Facebook, showed Sayoc had more than 2700 friends.

There is no definitive way for outsiders to verify that these accounts belong to Sayoc. But the "Cesar Altieri" Facebook account included pictures of Sayoc as far back as September 2014, which would be extremely difficult to fake. The posts also included detailed references to people in his life, email addresses and phone numbers.

Albright said of the possibility that the "Cesar Altieri" Facebook account is phony, "The chances are very, very low given how many years and how much history there is."

On at least five occasions in 2015 – three times in April, once in June and once in October – the Facebook account included posts referring to "my Russian Brothers" and picturing a smiling Sayoc wearing a suit and posing alongside what appear to be friends. The posts list specific places, nicknames of people and communities, such as Brooklyn's Brighton Beach, with large Russian populations.

These references to Russian associates on Facebook are repetitive, rambling and hard to understand. Before his arrest on Friday, Sayoc lived in an area of suburban Miami with a large Russian community, meaning the Russians described on the Facebook page may have been simply friends of that nationality. Elsewhere on Facebook Sayoc speaks of "my Italian Brothers."

A Facebook post on May 29, 2015 does not mention Russian associates but references the country in what reads like a conspiracy theory: "Unground city Bahamas US government preparing for end fact . Tons pipe water lines going under Bahamas 900 dirty bombs disappear from Russia planted on US soil ready for end".

The posts showed fixations on certain subjects, including Miami sports teams, youth soccer, Native American themes and businesses Sayoc was seeking to promote. But in April 2016, after several months of not posting on Facebook, the account abruptly changed subjects to link to videos celebrating Syria's fight against ISIS.

"He just pops up four months later and just relentlessly shares stories about ISIS and terrorists," said Albright. "The turn is just remarkable. . . . He found ideas that never let go from that point on."

The posts fit with Kremlin propaganda themes, portraying Russia and Syrian government forces favorably as they battled "terrorists" in what US officials for years have portrayed as a legitimate uprising against the authoritarian government of President Bashar al-Assad.

Many of the video links in the spurt of Facebook posts from April 2016 come from the English-language service of an Iranian state-owned broadcaster, Al-Alam. Iran has supported al-Assad in Syria's civil war, as have the Russians.

Among the Facebook posts are criticisms of then-President Barack Obama, who sent troops to support those fighting against Assad's force. Several posts show Russian-made jets in what's portrayed as a battle against mainly the extremist group ISIS, as opposed to the broader uprising typically described in Western accounts of the civil war.

"In a fresh round of joint combat flights, the Syrian fighter jets backed by the Russian air force have targeted the ISIS concentration centres and gatherings in the Eastern part of Aleppo province, inflicting a heavy death toll on the militants," read the caption for one of the Al-Alam videos.

Though most of the posts on this subject do not include personal comments, they echo his posts on his other alleged Facebook and Twitter accounts about ISIS and terrorism generally.

In September 2016, as the election battle between Trump and Democrat Hillary Clinton was moving into its final phase, the Facebook page linked to a BBC story related to a bombing in the Chelsea section of New York City that injured 29 people.

The poster added, "Hilary Clinton worst on terrorism. Her and Obama have made America weak on open to world for terror attacks. We can't afford to put Americans in harms way , as her Obama has done. There has never been so many terrorist attack on American soil than Obama , Clinton administration."