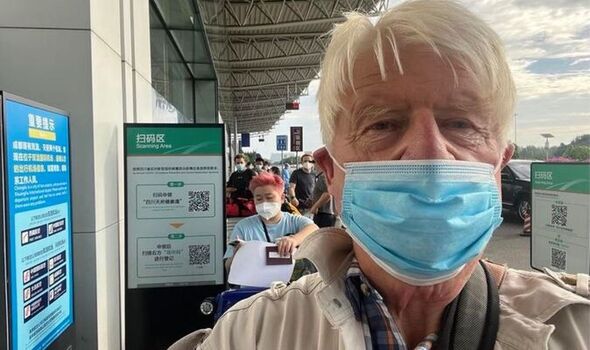 Stanley Johnson was in the ancient city of Chengdu, China, when he was told the city of 20 million inhabitants was to be placed in lockdown after reports of Covid cases.

Under China’s strict “zero-Covid” policy, around 65 million Chinese in 33 cities are currently under varying levels of lockdown.

For the sprightly 82-year-year-old Mr Johnson, news of the sudden lockdown meant temporarily abandoning plans to film a lavish three-part documentary tracing the footsteps of his hero, the Venetian explorer Marco Polo.

But just after Mr Johnson and his team left China, a 6.8 magnitude earthquake struck Sichuan province, causing damage and shaking of buildings in Chengdu.

”We escaped. As soon as we left there was an earthquake – so it’s probably just as well that we managed to get out,” said Mr Johnson on Tuesday.

In last week’s Sunday Express former PM Boris Johnson explained how his father had been languishing in quarantine, adding:  “He has been shut in his hotel room for nine days, with food left outside his room by staff in hazmat suits.” 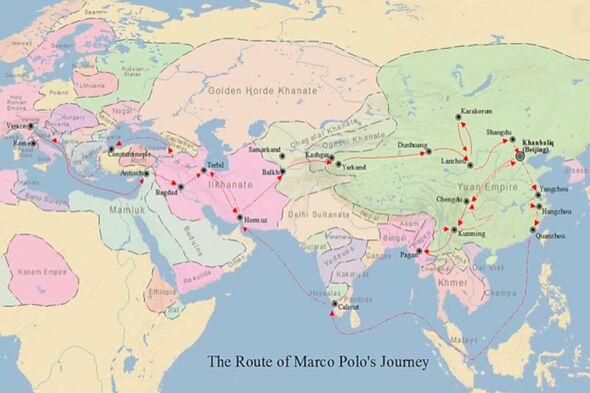 Speaking from Cairo, as he made his way back to the UK,  his father added: “We always knew we’d have to spend ten days in quarantine when we reached Chengdu – seven in isolation.

“But there are most places to be quarantined, and we were looked after very well.

“We had breakfast left outside our door at 8am, lunch left at 12 noon and supper left at 6pm on the dot.

“At least once a day they’d take a throat or nose sample as well.

“We feel we would have been harmless if we’d gone on, but they have their rules, and we leave with immense good will to our Chinese hosts.”

Mr Johnson explained he and a crew of seven had arrived in China to resume a personal odyssey which he had started more than 60 years ago – to trace Marco Polo’s trek from Venice to Xanadu where, in 1275, he met the Mongol Emperor Kublai Khan.

He was only 20 when he and Tim Severin, riding 500C Shooting Star motorcycles gifted by BSA. made the first leg of their journey from Venice to the Afghan border.

“It was great fun. We were entertained by the Mayor of Venice and then rode off through Iran and Afghanistan where we reached the entrance of the Wakhan Corridor, which runs through Afghanistan and into China,” he recalled.

“And so the plan was to resume the journey from Chengdu to Shangdu, which was Xanadu.”

The million-pound production, which has the working title ‘In the Footsteps of Marco Polo’ is being produced by Bath-based One Tribe productions in association with Chinese state television.

It would have seen the crew move west from Kashgar, across the Taklamakan and Gobi deserts, to Xi’an  Shangdu and, finally, Beijing over a seven-week period.

Special drones, which had to pass strict security checks, would be used for filming.

But when the lockdown was announced,  Mr Johnson was forced to abandon filming.

“We knew that, even if we got through our ten days of quarantine. we’d have to do it all over again when we moved to another part of China,” he said.

“But we did not leave with our tail between our legs. We managed to make the most of our time with zoom calls and have now made a complete recce. We’ll be back as soon as Covid allows.”

Another advantage of his early departure may be an opportunity to spend time with Boris, as he enters post-Downing Street life.

“Had I not been in China I would have been in Downing Street with Rachel, waving him off.

“I might be able to see him when I get back but who can say – Boris may be tremendously busy even now.”