HANOI/KUALA LUMPUR (Reuters) – A Vietnamese woman who spent more than two years in a Malaysian prison on suspicion of killing the half-brother of North Korean leader Kim Jong Un was released from jail and returned to Vietnam on Friday.

Doan Thi Huong was charged along with an Indonesian woman with poisoning Kim Jong Nam by smearing his face with liquid VX, a banned chemical weapon, at Kuala Lumpur airport in February 2017.

Malaysian prosecutors dropped a murder charge against Huong last month after she pleaded guilty to an alternate charge of causing harm.

The 30-year-old arrived at Hanoi’s Noi Bai International Airport, just outside the Vietnamese capital, late on Friday, where she spoke to a large group of media gathered inside the terminal building.

“I feel happy when returning to my country,” said Huong, who said she was looking forward to heading to her family home, a small town in the province of Nam Dinh, 130 km (80 miles) from Hanoi.

Ahead of her arrival, Huong’s father, Doan Van Thanh, told Reuters he was planning to celebrate his daughter’s return with a large party in their village.

“We will slaughter some pigs for the party. My daughter particularly likes fried fish, so we will prepare that too,” Thanh said.

In a letter shared by Huong’s lawyers ahead of her departure from Kuala Lumpur, Huong thanked the governments of Vietnam and Malaysia for their support.

Her co-accused, Siti Aisyah, was freed in March after prosecutors also dropped a murder charge against her.

South Korean and U.S. officials have said the North Korean authorities had ordered the assassination of Kim Jong Nam, who had been critical of his family’s dynastic rule. Pyongyang has denied the allegation.

Defense lawyers have maintained the women were pawns in an assassination orchestrated by North Korean agents. The women said they thought they were part of a reality prank show and did not know they were poisoning Kim.

Four North Korean men were also charged but they left Malaysia hours after the murder and remain at large. 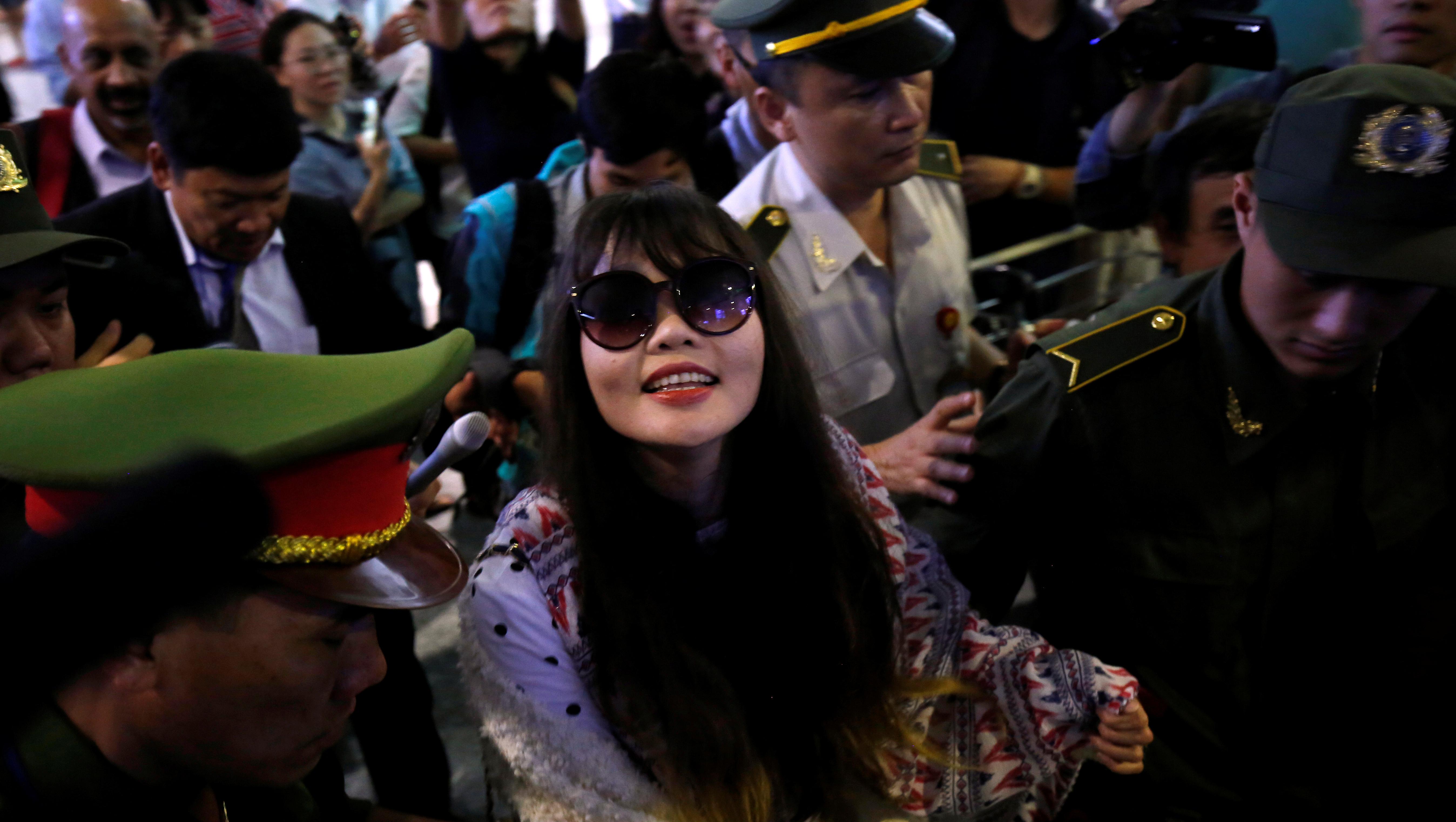 Malaysia was criticized for charging the two women with murder – which carries a mandatory death penalty in the Southeast Asian nation – when the key perpetrators were still being sought.

Huong, a keen singer who once appeared on the Vietnam Idol talent show, told reporters she had no plans to return to Malaysia soon, but was considering her future plans.

“I still don’t really know what to do next,” said Huong. “But I think I want to become an actress”.