A man died when tapeworm eggs hatched in his brain after eating contaminated pork.

The unnamed 18-year-old visited the emergency room in India after suffering violent seizures after parasites spread to his brain.

His parents told doctors in Faridabad, India, that he had experienced pain in the right side of his groin for a week.

On physical examination, he had swelling over his right eye, a tender right testicle and was confused, according to a case study in the New England Journal of Medicine.

An MRI scan of his head showed there were white spots all over his brain. 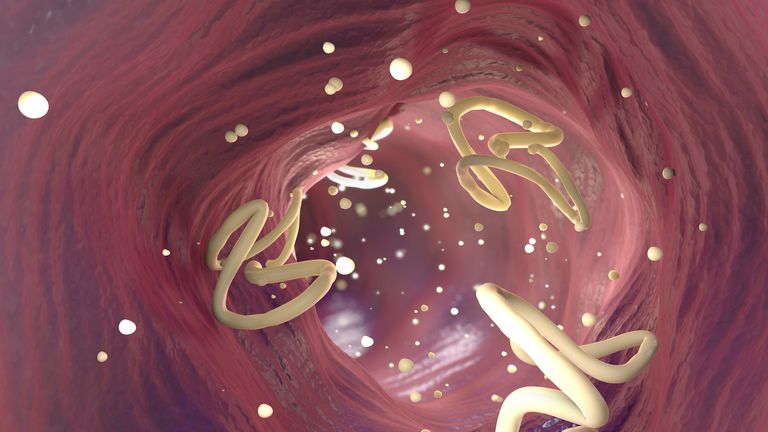 Each white spot was a cyst caused by the larvae of Taenia solium, a tapeworm found in pigs.

Doctors also found cysts in the patient’s eye and testis.

The cysts caused damage in his cerebral cortex – the outer mantle of brain tissue – as well as the brain stem including the cerebellum at the back of the head. 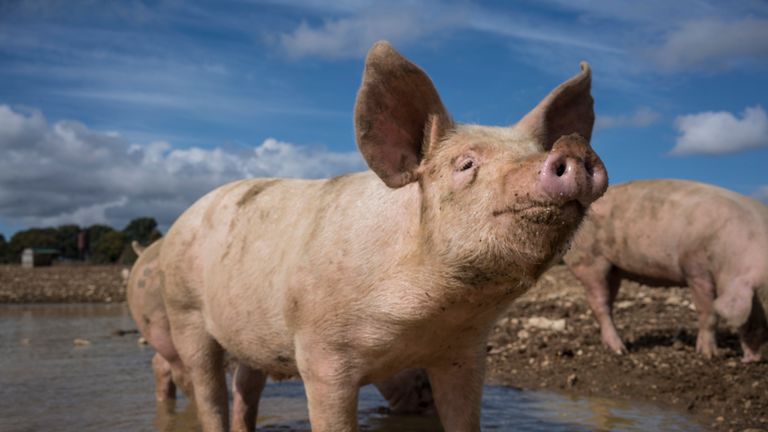 The man was diagnosed with neurocysticerosis, which is a special form of cysticerosis – the tissue infection caused by the young form of tapeworm – that affects the brain.

Doctors prescribed him steroids and antibiotics, but he died two weeks later.

A person can get the condition by eating food or drinking water contaminated with eggs found in the faeces of another person who has intestinal tapeworm, and it is not infectious.

The larvae crawl out of the eggs and form cysts into the muscle and brain tissues. It can cause neurological symptoms and is one of the most common causes of seizures in developing countries.

Both the tapeworm infection, also known as taeniasis, and cysticercosis occur globally, with the highest rates of infection in areas of Latin America, Asia and Africa that have poor sanitation and free-ranging pigs that have access to human faeces.

Pigs become infected by eating the tapeworm eggs in human faeces infected with a tapeworm.