Man, 31, who offered to ‘trade’ child abuse images with female paedophile in an internet chatroom is jailed for two years

A depraved man who downloaded images of child abuse also gloated over a fellow paedophile’s video of a young girl being sexually assaulted.

Christopher Smith, 31, of Tiverton, Devon, sent online messages to convicted abuser Vicki Bevan and responded to a clip of her abusing a young boy with ‘that’s hot’ and to one of her abusing a girl with ‘I would like to be there’.

Bevan was part of a paedophile ring based in St Helens, Merseyside, and carried out some of her appalling sexual fantasies alongside Paul Rafferty and Tony Hutton by raping and abusing a young girl.

Bevan also spent time discussing with another man their desire to ‘kidnap, rape, torture, kill and then eat children’ after sexually abusing them. The vile woman made contact with Smith, who lived 230 miles away, on internet chat rooms before sending at least two clips to him. 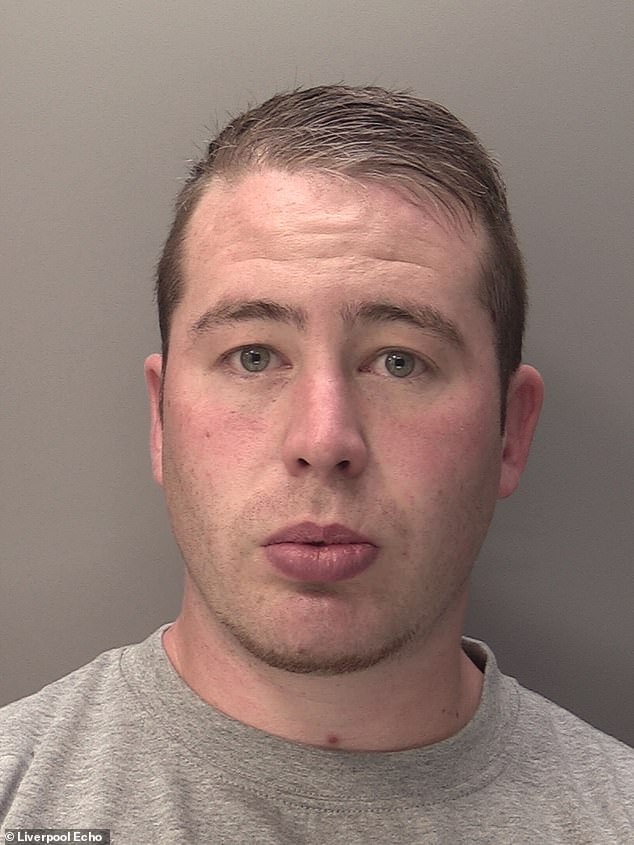 Christopher Smith, 31, of Tiverton, Devon, admitted two counts of distribution and four of downloading indecent images of children. He was jailed for two years and four months at Exeter Crown Court 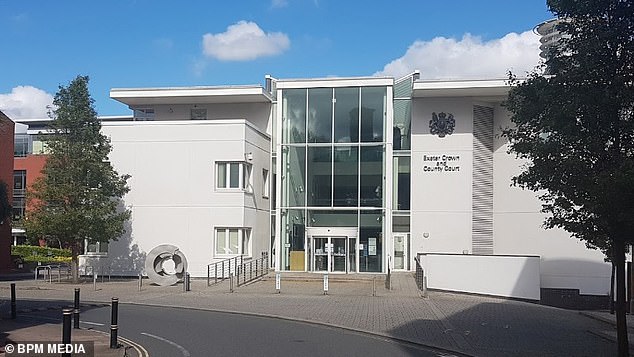 Exeter Crown Court heard how Smith was tracked by undercover officers, who later learned of his connection to child abuser Vicki Bevan when they seized his computer equipment

Charlie Barrass-Evans, prosecuting, said Smith was caught by an undercover police operation, where officers posed as chatroom users on Kik. Smith was using the hashtag andysmith01 and offered to ‘trade’ child images before being traced through his phone.

Smith sent three child abuse images and said he had ‘personal stuff’ before moving the conversation to Snapchat. He refused to give police the PIN number of one of his phones when he was arrested.

A forensic download identified the videos from Bevan, along with 36 child abuse images or videos.

Smith admitted two counts of distribution and four of making, by downloading, indecent images of children and was jailed for two years and four months by Judge Peter Johnson at Exeter Crown Court.

Bevan, 37, of Newtown, St Helens, was jailed for life with a minimum term of ten years at Liverpool Crown Court in May this year. Accomplices Paul Rafferty, 62, and Tony Hutton, 42, were jailed for ten and four years respectively.

Judge Johnson said: ‘You exchanged messages with Vicki Bevan, who is now serving a life sentence, and it seems there were real time exchanges going on which at the very least were encouraging her to abuse children in which she was telling you what she had been doing. 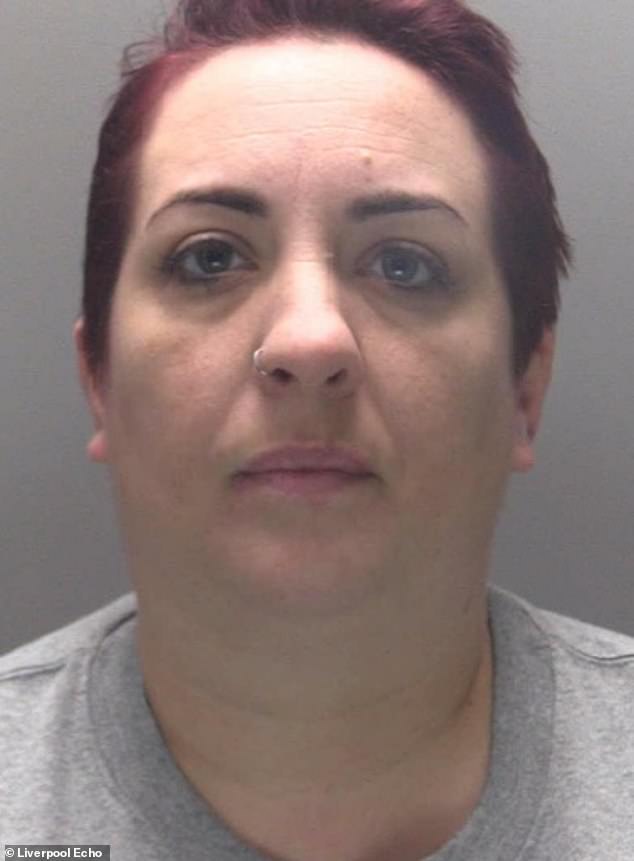 Vicki Bevan, 37, of Newtown, St Helens, was jailed for life with a minimum term of ten years at Liverpool Crown Court in May this year, after admitting 34 child abuse offences

‘This sentence could not have been suspended because of the proximity between you and the maker of the images.’

Evie Dean, defending, said Smith started using chatrooms at a low point in his life after the breakdown of a relationship and when he was drinking, taking cocaine, and in a self-destructive spiral.

She said: ‘His remorse is genuine. He says his behaviour was disgusting and unforgiveable. He has been open and honest about assessing the material for his sexual gratification, which stands him in good stead when it comes to rehabilitation.’

Mrs Bevan told Sun Online: ‘We’ve all disowned her. We don’t want anything to do with her anymore.

‘The whole thing is just too upsetting.’

Another family member said: ‘Everyone is disgusted by what she has done. We hate her for these vile crimes. They should throw the book at her. We’re all scared we’ll be tainted by this and people think we are like her.’