Man, 34, dies after Tesla veers off road and plunges into pond

Man, 34, dies after his Tesla veers off California road and plunges into pond in yet ANOTHER crash involving the luxury car brand

A man has died after his Tesla veered off the road, crashed through a guard rail and plunged into a pond in the San Francisco Bay Area, police say.

Rescuers pulled the blue Tesla Model S from a pond in Alameda County early Monday morning and found the body of 34-year-old Keith Leung inside.

Investigators say it is too early to tell if vehicle’s semi-autonomous Autopilot mode was engaged when the crash occurred or whether the driver from Danville, California, was speeding or intoxicated. 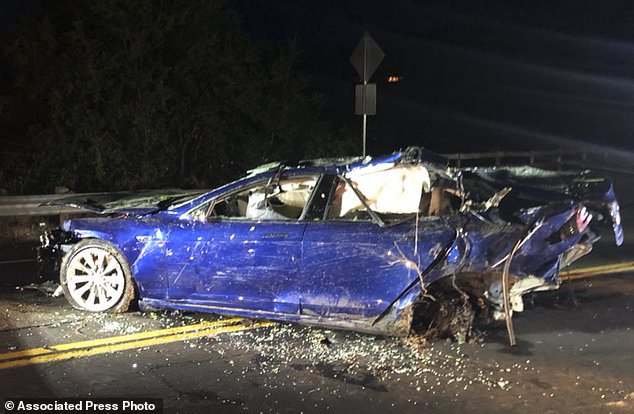 Authorities are investigating the death of Danville, California, resident Keith Leung, 34, after the Tesla he was driving veered off a road, crashed through a fence and into a pond Sunday

Photographs from the scene show extensive damaged to the front and rear ends of the car and no window left unshattered.

A property owner contacted authorities after hearing a loud noise and noticing the tire tracks and damage to his fence.

The Alameda County Sheriff’s office sent a rescue team and divers that found the vehicle submerged in the pond, with the driver still seated in the vehicle, Jacowitz said.

Jacowitz said the driver’s speed has not yet been determined, but ‘it was great enough to leave the roadway, hit a fence, keep going down an embankment and into a pond on the property’.

Federal transportation authorities began looking into the performance of Tesla’s semi-autonomous Autopilot driving system following a crash in March in which the driver was killed on a California highway. 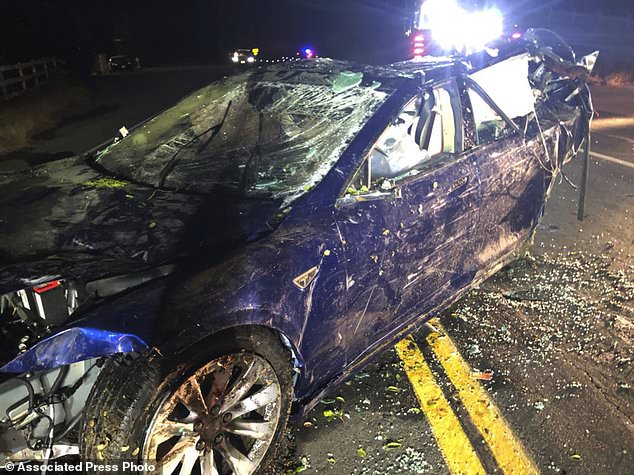