Man, 35, dies after men 'slash each other with giant blades' in Greenwich as cops arrest four men for murder

A MAN has died after a knife fight between a group of men who slashed at each other with giant blades. 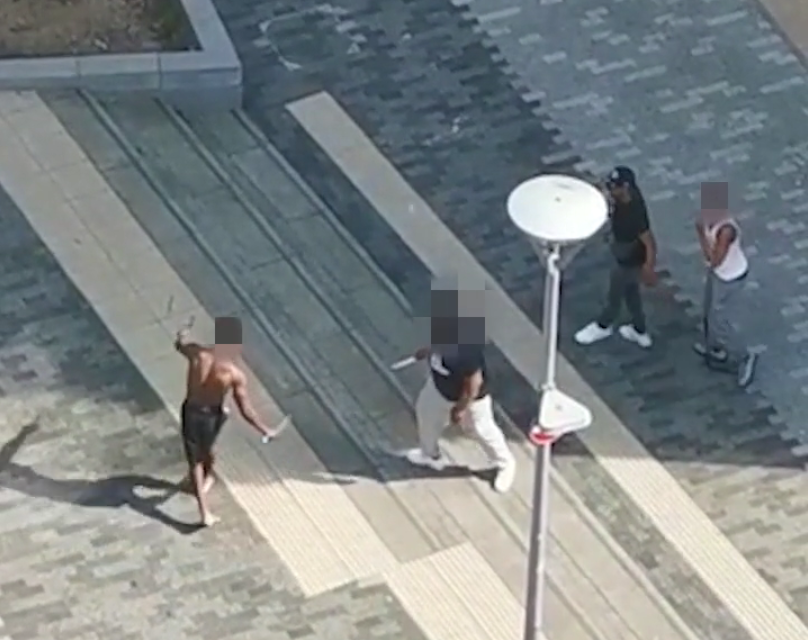 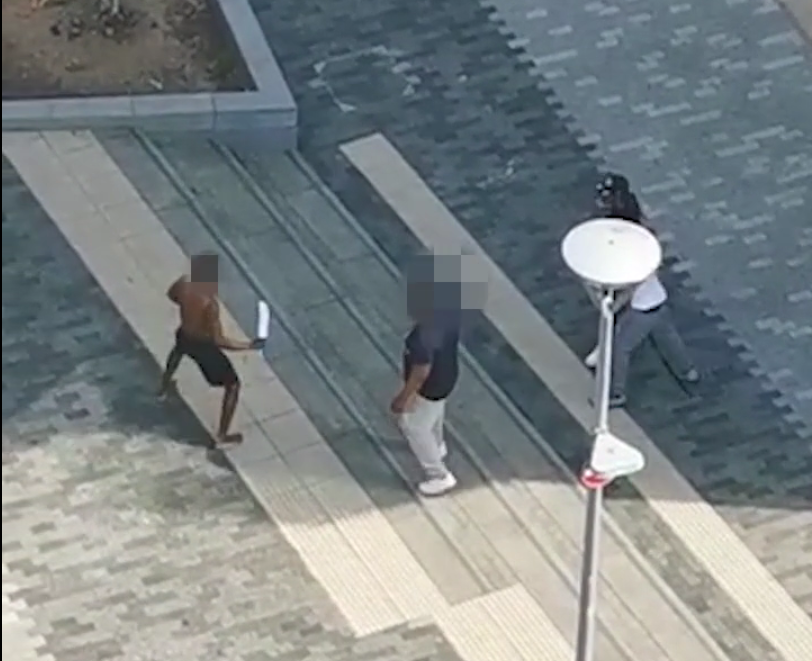 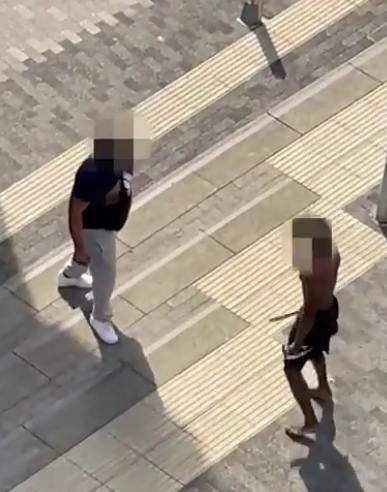 Horrifying footage shows the men lunging at each other with knives, machetes and a hammer during the brawl.

Police dashed to the scene after the violence exploded in North Greenwich, leaving terrified locals begging for help.

Mr Ago was rushed to hospital in a critical condition, but died from his injuries yesterday.

Police have launched a murder investigation and arrested four men, aged between 17 and 43-years-old, on suspicion of murder.

A witness shot film of the men hacking at each other during the "terrible" brawl.

Neighbours can be seen in the video dashing onto their balconies as the men shout.

And in film recorded from another flat, a resident can be heard urging a woman to call police. 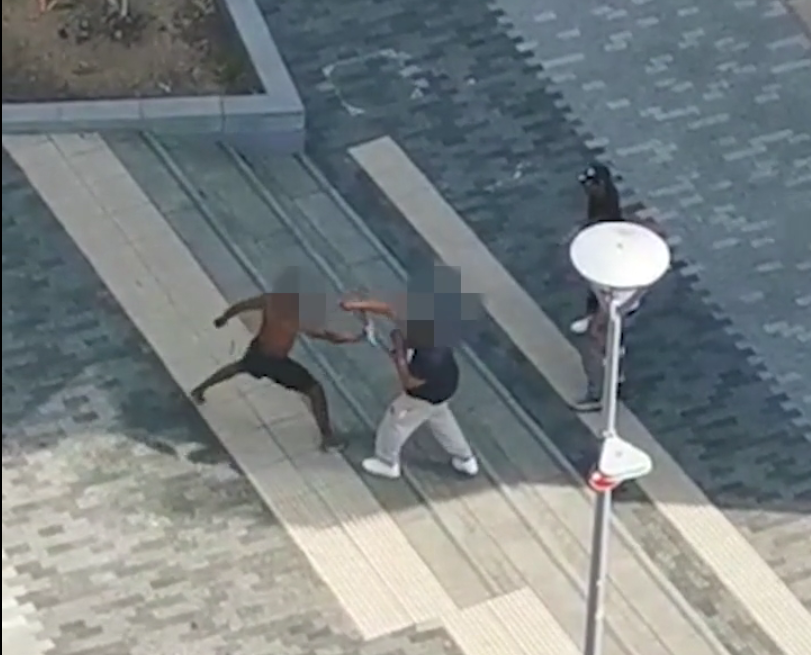 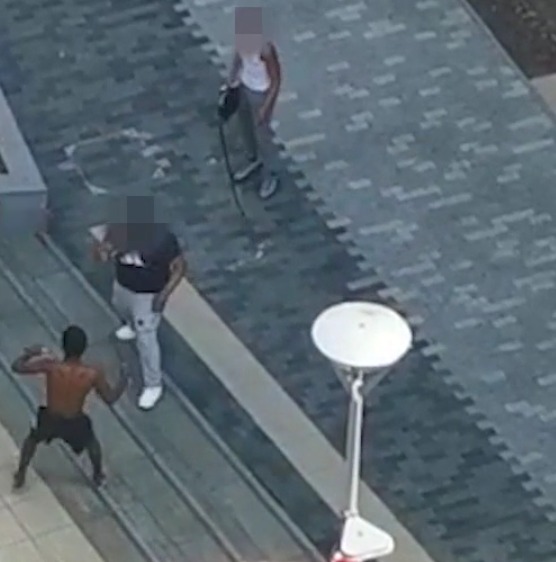 "One of them had a machete almost 20 inches long.

"It looked like three of the guys were fighting the fourth. They all seemed to be on the same side, apart from him.

"The fight went on in a big circle around the buildings – it covered about 200 metres and it went on for about eight minutes.

"They were chasing each other, throwing bottles at each other, using the knives – it looked like more than just one was wounded, but the man who was injured looked to be in a bad way."

The area is popular with families and workers, the witness said.

"It was absolutely terrible – shocking," he added.

"This is a nice area but it was like something you'd expect to see in Manaus in Brazil, rather than on the streets of London."

The Met has launched a murder investigation.

Detective Chief Inspector Kate Kieran, who is leading the investigation, said: “The victim in this case suffered the injuries that would ultimately claim his life in broad daylight, outside a residential address.

"These arrests mark significant progress in the investigation and I hope it reassures the community that officers are working hard to bring justice to the victim and his family.

"This is now a homicide investigation. I am still keen to hear from anyone who witnessed the incident or who may have dash cam footage of the stabbing itself or the events surrounding it. If you can help please don’t hesitate, call us direct or remain anonymous, but either way please do make the call.” 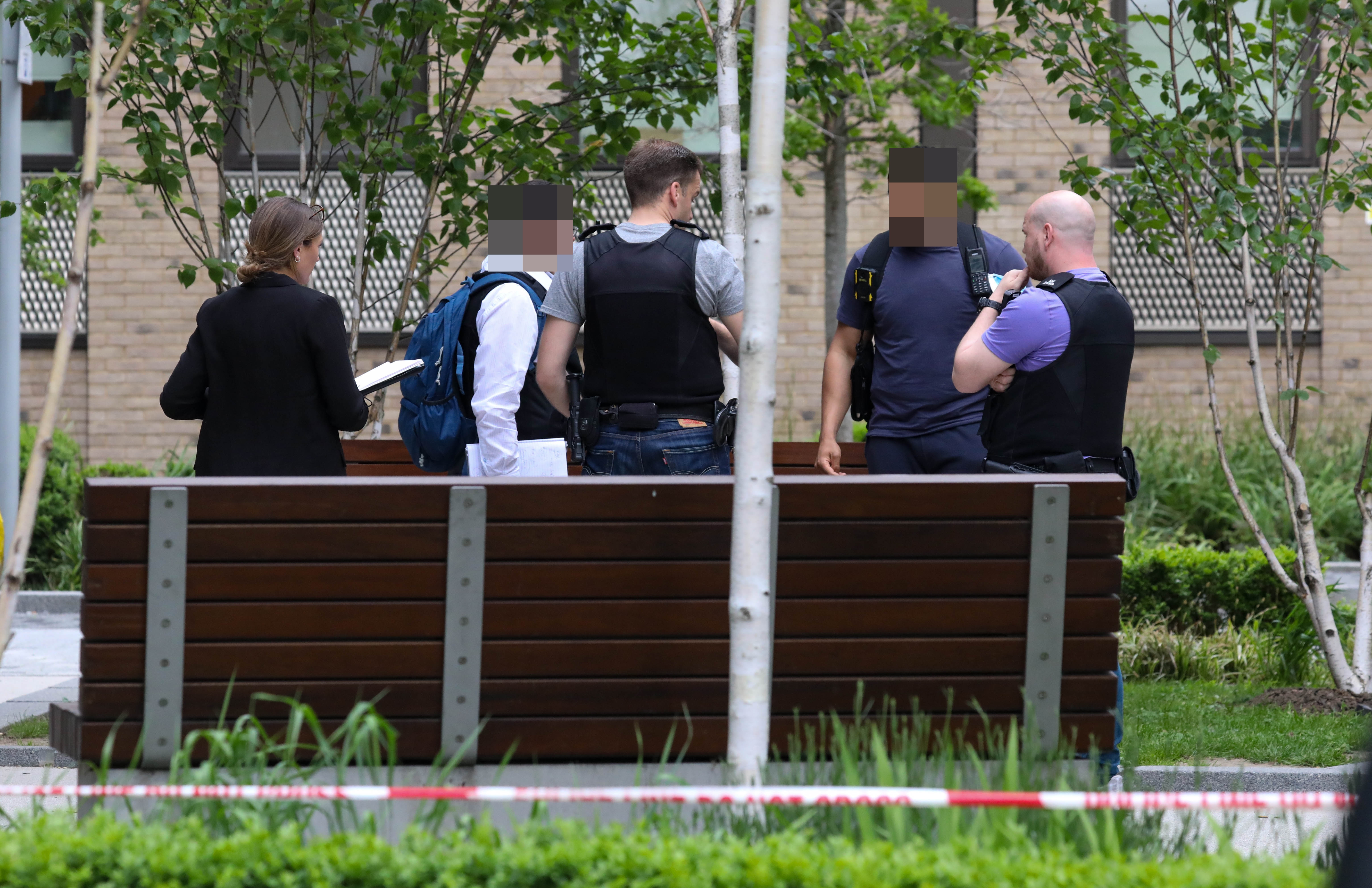 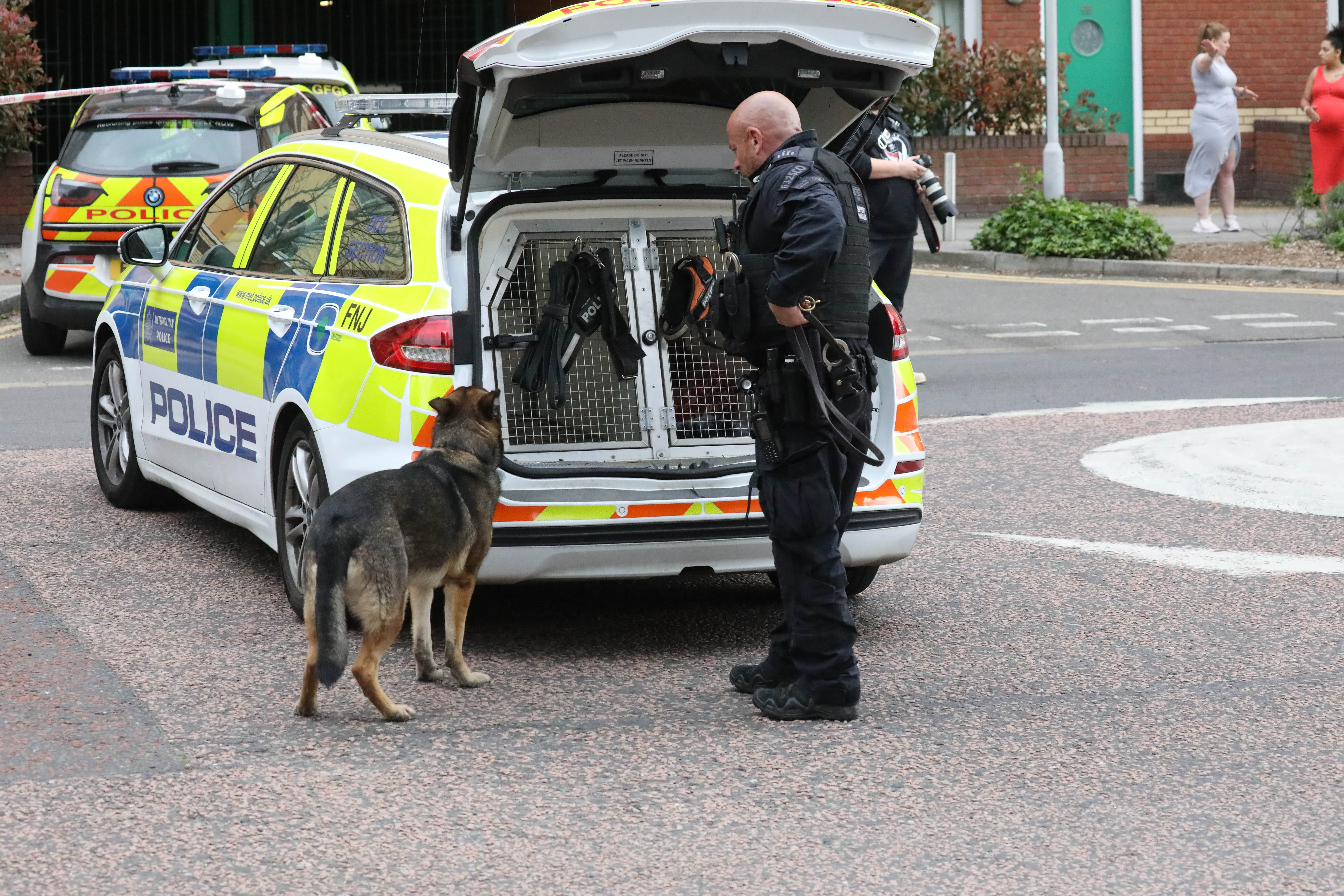