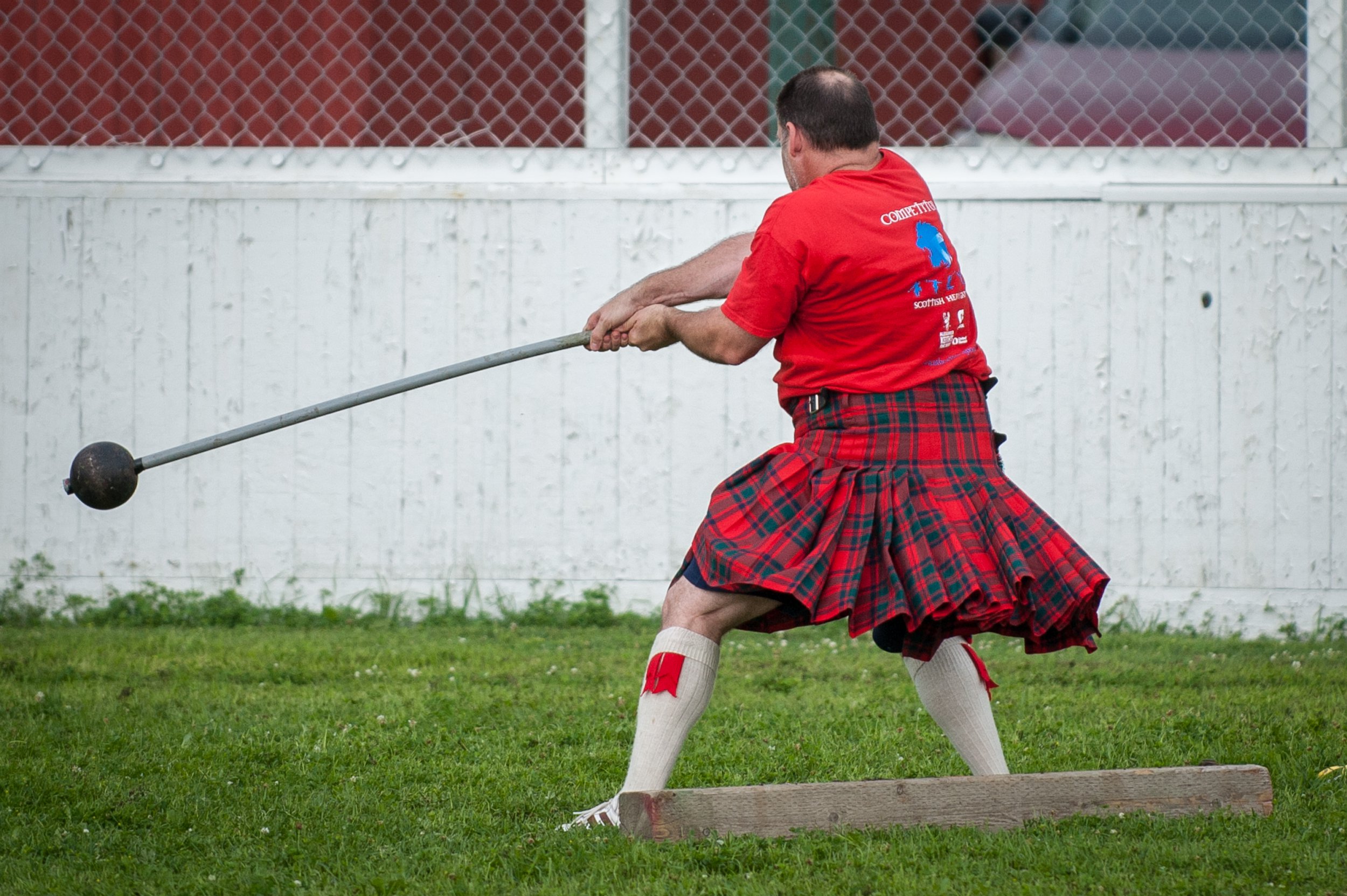 A pensioner was killed after being hit by a stray 22lb hammer thrown in competition as he walked past the event.

The object ‘flew over’ a hedge and struck the man at the Open Highland games at Geldrop Castle, in southeastern Netherlands.

The unnamed man, from Geldrop, was treated by paramedics on the scene but his injuries were too severe and he died, local media Omroep Brabant reported.

Police said he died when a ‘metal ball in use at a sporting event’ landed on him, with reports adding somehting had gone ‘wrong during the hammer throw’.

A witness said: ‘The pendulum gave way, we saw the ball go over the hedge and then we heard a woman screaming very loudly.’

They said the man was walking past and was not a spectator, adding: ‘The victim walked behind a hedge in one of the gardens at Geldrop Castle.

‘Not on the site where the event was held. He didn’t see the ball coming at all.’

Other witnesses claimed the victim was given immediate CPR and added the competitor who threw the hammer was visibly upset.

He told local media: ‘We are flabbergasted that something like this can happen.

‘You don’t expect it, it’s the biggest disaster that can happen to all of us. We’re devastated.

‘I felt super excited about the event and all the people who were there.

‘That someone then dies due to an accident, that makes me super sad.’

Police stopped the event and evacuated people from the area following the incident.

They are investigating the man’s death.