Pictured: Man and two women arrested over the death of Irish drug dealer ‘killed over love-triangle feud’ in Spain

The woman allegedly at the centre of a ‘love triangle’ which saw a convicted Irish drugdealer killed in Alicante, southeastern Spain, is among four people arrested in connection with his death.

Carl Carr, 38, from Dublin, was reported missing in September, and his body later found in a shallow grave by a Costa Blanca motorway.

Mr Carr’s flatmate Wayne Walsh, from Kilkenny, Ireland, appeared in court on Saturday on suspicion of killing him, and remain in jail.

Two women are also in custody, however it is not known who is said to have been involved in the romantic triangle-drama that allegedly sparked the attack on Mr Carr.

One of them, named only as a dual Irish-Spanish citizen Natalie, is being held on suspicion of concealment. 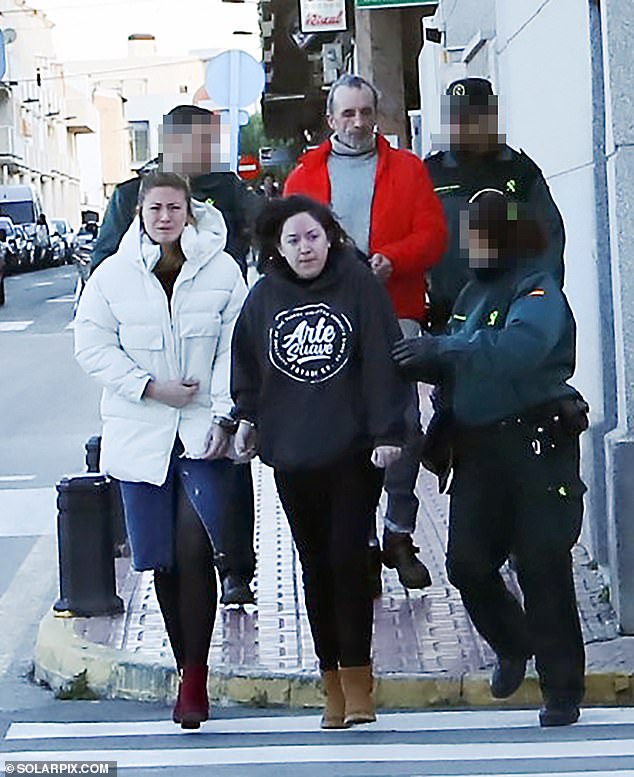 ‘Millie’ (left) and ‘Natalie’ (centre) are handcuffed following their arrest 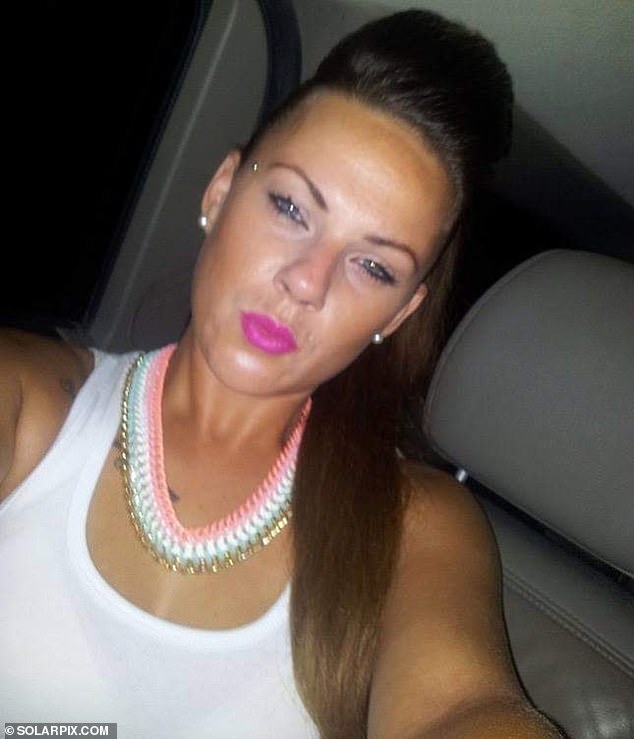 Centre of drama: ‘Natalie’ and allegedly a dual Irish-Spanish citizen, is one of four suspects remanded in prison in connection with the death of Carl Carr in Alicante 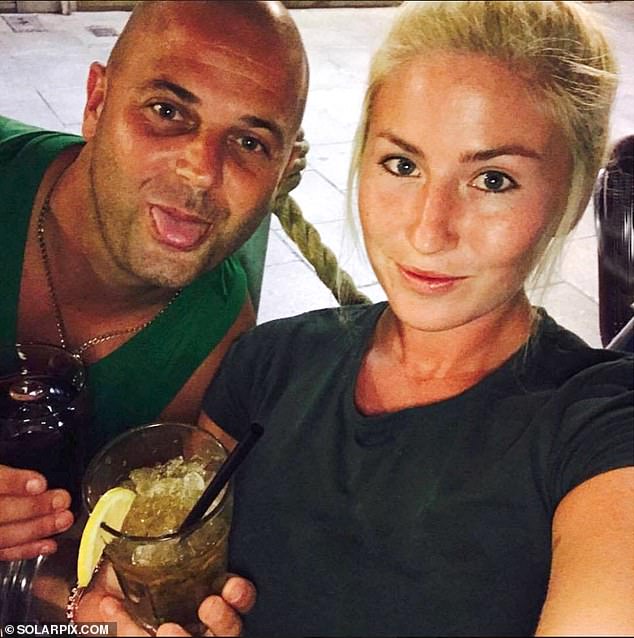 In the triangle: Wayne Walsh and his British partner Millie, are both in custody in connection with the killing, with Millie accused of concealment and illegal weapons possession

Mr Carr was first reported missing by his British girlfriend Danielle Coupe, however family and friends say the couple were not together at the time of his death.

Walsh on the other hand had recently ended his relationship with partner Millie, a British citizen and mother of his child, over an affair with Natalie.

Both women were seen being led into court on Saturday, and are still in prison.

One local said: ‘He [Walsh] has a child with Millie and they were going to get married until he hooked up with the other woman.

‘I’ve been told he was seeing both [Natalie and Millie] when Carl was killed.’ 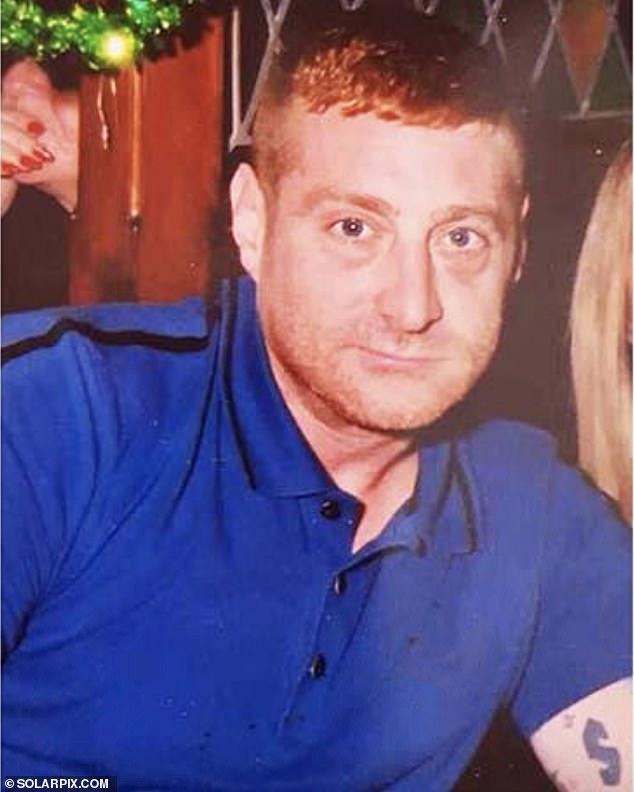 Carl Carr, 38, was last seen in September on a night out at the Cabo Roig resort near Torrevieja 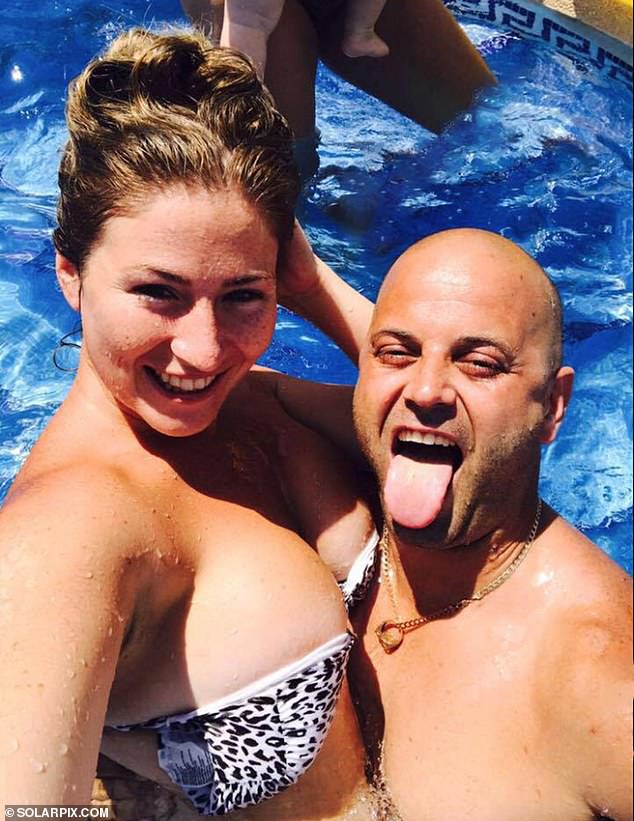 Walsh had reportedly recently ended his relationship with partner Millie, a British citizen and mother of his child, over an affair with Natalie

Walsh, 31, was one of Mr Carr’s flatmates at a residential estate in Torrevieja on the Costa Blanca.

Mr Carr had moved to Costa Blanca three years ago after completing an eight-year jail sentence.

Mr Carr’s mother Marie has insisted her son’s death had nothing to do with drugs and said he was killed over a suspected ‘love triangle’ involving one of the two women arrested.

The fourth man in custody is a Spaniard. The nationality of a fifth woman questioned by police, who remains under investigation but has been released on bail, has not been revealed.

Investigators are expected to reveal more details about the case in the coming days following the removal of the secrecy order.

Walsh, who recently organised an online fundraiser for the Irish Cancer Society, is thought to be at Fontcalent Prison near Alicante.

Mr Carr’s on-off partner Ms Coupe appealed for information on hiswhereabouts in a social media appeal shortly after his disappearance on September 16 last year, saying: ‘We are just praying for good news.’ 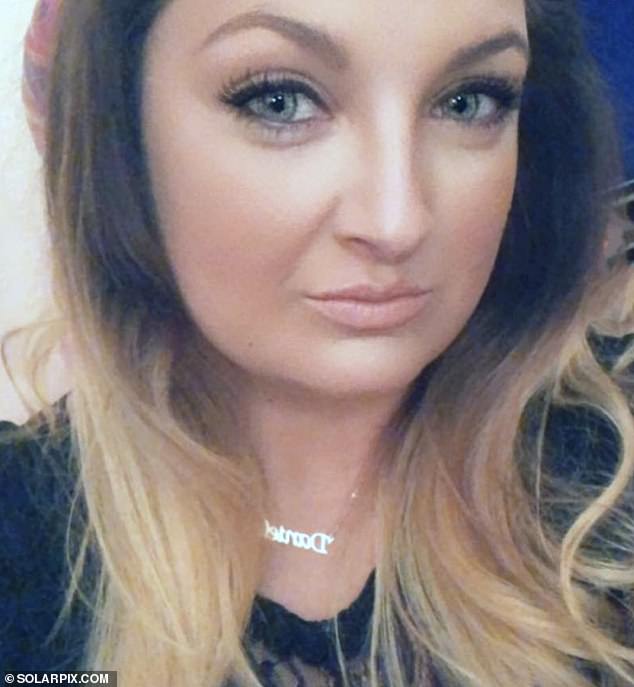 Mr Carr was first reported missing by his British girlfriend Danielle Coupe, however family and friends say the couple were not together at the time of his death

Revealing he was last seen at a dance event called Ambiguous in the Costa Blanca resort of Cabo Roig near Torrevieja, she begged friends: ‘Has anybody seen Carl? He’s been missing since Saturday.

‘Me, his family and friends are going out of our minds with worry.

‘Anyone who was at Ambiguous can you message with the last time you saw him please.’

His body was found last week buried by the AP-7 motorway between Benijofar and Algorfa, a 20-minute drive north from where the Irishman was last seen.

He is believed to have been beaten to death in the apartment where he lived.

His heartbroken mum confirmed on Saturday police had told her her son was the man Spanish police had found dead as she insisted his killing had nothing to do with drugs and revealed it was down to a ‘love triangle.’

She said: ‘The Spanish police have told me his death has nothing to do with drugs. I believe he was killed because of a romantic triangle, by a man he knew who accused him of dating one of his girlfriends.’

Addressing his past, which included an eight-year prison sentence over a 2008 Dublin drugs bust, she added: ‘Carl’s been described as a drugs baron when nothing could be further from the truth.

‘He was arrested in Ireland simply because he was in the wrong place at the wrong time. He was told to pick up a locked bag he had no idea contained drugs. He only did it because he had just come back from Australia and he had no money and he was getting paid.

‘Carl had been in a long-term relationship with a fiancee who was back in Ireland and who he had two children with, a daughter of twelve and a son aged three. 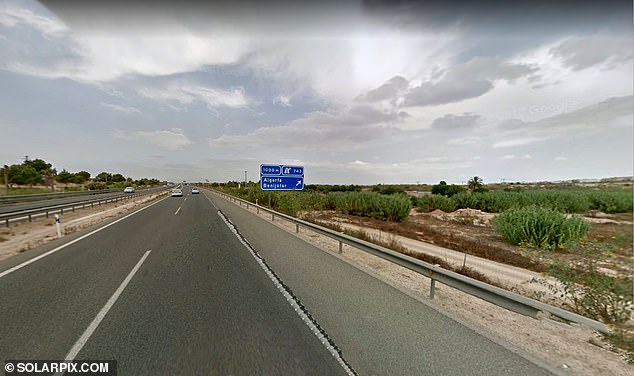 The body was found buried by the AP-7 motorway between Benijofar and Algorfa, a 20-minute drive north from where the missing Irishman was last seen.

‘They had been out to Spain to see him shortly before he died and he was trying to patch things up with her. They went out a couple of times a year to see him. He spoke to his children every night on the phone.

‘He might have been with Danielle but he wasn’t dating her when he died because they had had a fight and he’d finished with her.

‘He moved to Spain three years ago for a fresh start and he was just trying to make ends meet. He didn’t have any money, he was working in bars and doing odd jobs.

‘I talked to Carl the day before he disappeared and he told me his phone had been stolen and it was like it was a set-up.

‘He rang me from a friend’s phone and promised to call me once he’d got a new one.

‘I told him his grandmother was very sick and asked if he’d have time to talk to her when I was with her. He said he’d ring me the day after which was the Saturday he disappeared but that never happened.

‘He told me twice in that last conversation he loved me. Those were his last words, ‘I love you Mam.’ 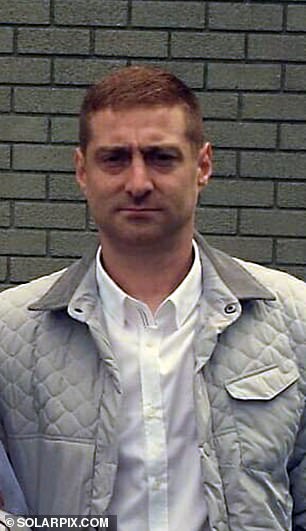 ‘We’ve had it confirmed it’s Carl from tattoos and bars on his legs from a car crash he was in years ago.

‘I was prepared for this sort of ending. On the Monday after he was last seen I had visions. I was lying on my bed and asking Carl to send me a message or a sign.

‘I got a vision of him in his Communion suit straightaway and then his Confirmation suit. That’s when I knew and I started to panic.

‘I knew this was never a voluntary disappearance. He talked to his children every day and he talked to me every second day.

‘Whoever did this to my son must pay the consequences.’

Court sources have confirmed the ongoing judicial investigation is a murder or homicide probe.

None of the four suspects remanded in custody on Saturday morning have yet been charged under Spanish law, as is normal in Spain where formal charges are only laid shortly before trial.

Their status is that of ‘investigados’, a legal term in Spain which literally means ‘under investigation.’

The charge they eventually face will depend on the extra information investigators glean from the ongoing probe.

The charge of ‘homicidio ‘in Spain is a halfway house between manslaughter and the more serious charge of ‘asesinato’ and carries a ten to 15-year prison sentence.

Under Spanish law ‘asesinato’ – which at present in Spain can carry a life sentence following a controversial reform to the country’s penal code – is also a wilful killing but involves aggravating factors.

One is the killer making sure his victim does not have the chance to defend himself. Another is that the killer causes his victim unnecessary suffering.

Carr was one of three men jailed in December 2008 in Ireland after being caught with 1.43 million euros (£1.25million) of heroin and cocaine.

Gardai pounced after mounting a surveillance operation at St Joseph’s Hospital in the northern Dublin suburb of Raheny and seeing maintenance man Declan Broderick hand over the drugs to Carr.

Broderick, from Coolock on Dublin City’s Northside, and Carr, then 28, from the Dublin suburb of Marino, were both sentenced to eight years in prison by Judge Katherine Delahunt at Dublin Circuit Criminal Court.

A third man named as Graham Doyle, from Baldoyle, a coastal suburb of Dublin’s northside, was sentenced to three years jail.