Horrifying footage has emerged purportedly showing the aftermath of a double shooting in London.

Unverified video showing a man writhing in agony and covered in blood on the pavement emerged online after two men in their 20s were shot in Peckham last night.

Witnesses at the scene claimed one of the men had been blasted in the head with a shotgun.

In the gruesome footage, crowds of onlookers hover over a man with blood gushing from his face. 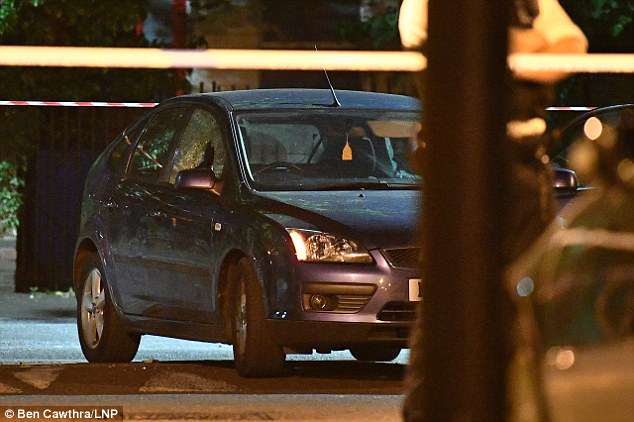 In the video one witness asks another man in the crowd: ‘Were you in the car with him?’

A woman in a black vest top appears to be calling for an ambulance.

Both men were airlifted by the London Ambulance Service to a hospital in the capital for treatment. 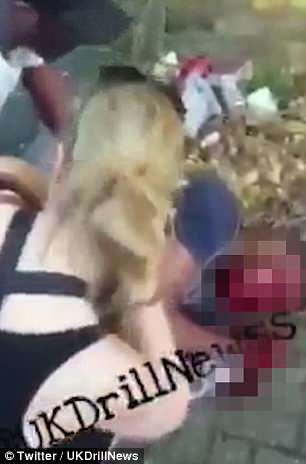 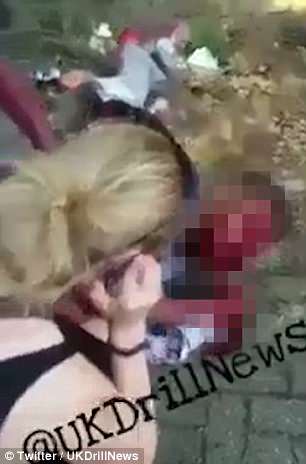 In the gruesome footage, crowds of onlookers hover over a man with blood gushing from his face while a woman appears to be on the phone to the ambulance service

Officers attended the crime scene and cordoned off the street but no arrests have been made.

One of the victims is fighting for his life in hospital while the other’s injuries are not thought to be as serious.

An air ambulance landed at a school playground near the scene of the incident. 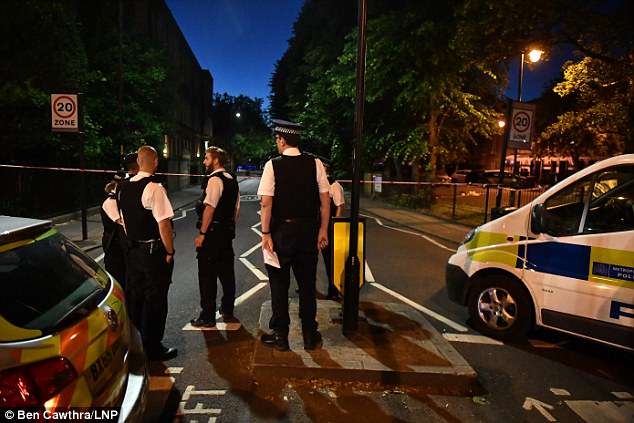 Police confirmed a man was found with gunshot injuries and has been rushed to hospital. Another man was also found injured nearby

A spokesman for the Met Police said: ‘Police in Southwark were called to Wodehouse Avenue, SE5 at 7.56pm on Saturday, 2 June following reports of a shooting.

‘One man has been taken to hospital by London Ambulance Service for treatment – he remains there in a critical condition.

‘The second man has been taken to hospital for assessment. His injuries are not thought to be serious.

‘No arrests have been made. A crime scene remains in place. Enquiries continue. The Trident and Area Crime Command has been informed.’ 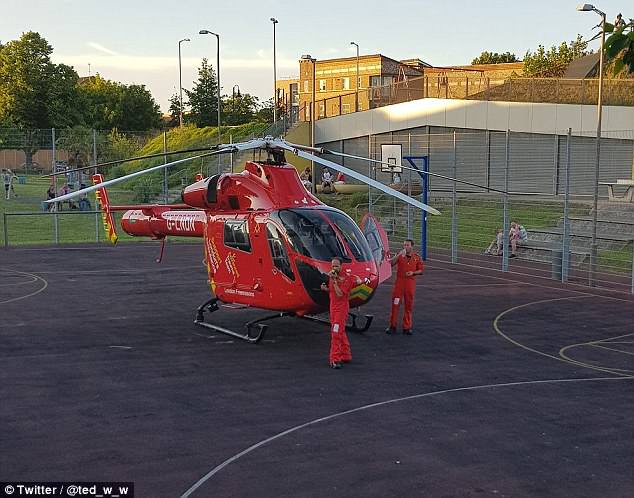 The shooting came just an hour after a man believed to be in his 40s was stabbed shortly before 6.50pm near Greenwich train station in south east London.

Another crime scene has been set up there, but no arrests have been made and enquiries are ongoing.

A Met Police spokesman said: ‘Police were called to Claremont Street, SE10 at 1848hrs on Saturday, 2 June to reports of a stabbing. 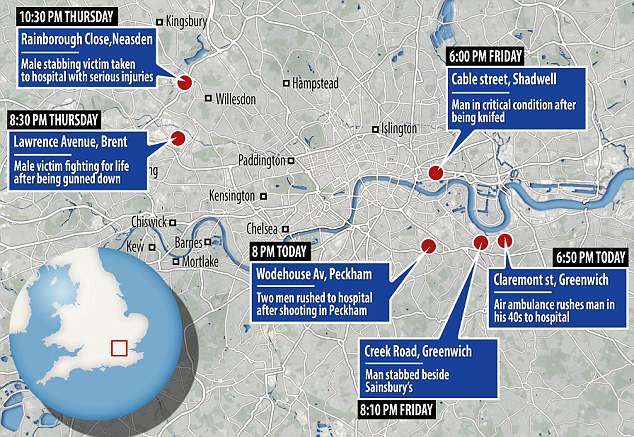 ‘The injured man – believed to be aged in his forties – was taken by LAS to a south London hospital. We await an update on his condition.’A crime scene is in place. No arrests have been made. Enquiries continue. ‘

Both incidents come after a string of violent episodes in London over the past few days, including a man who was targeted in a drive-by shooting.

Earlier today a man was arrested on suspicion of attempted murder following a stabbing in Shadwell on Friday night.