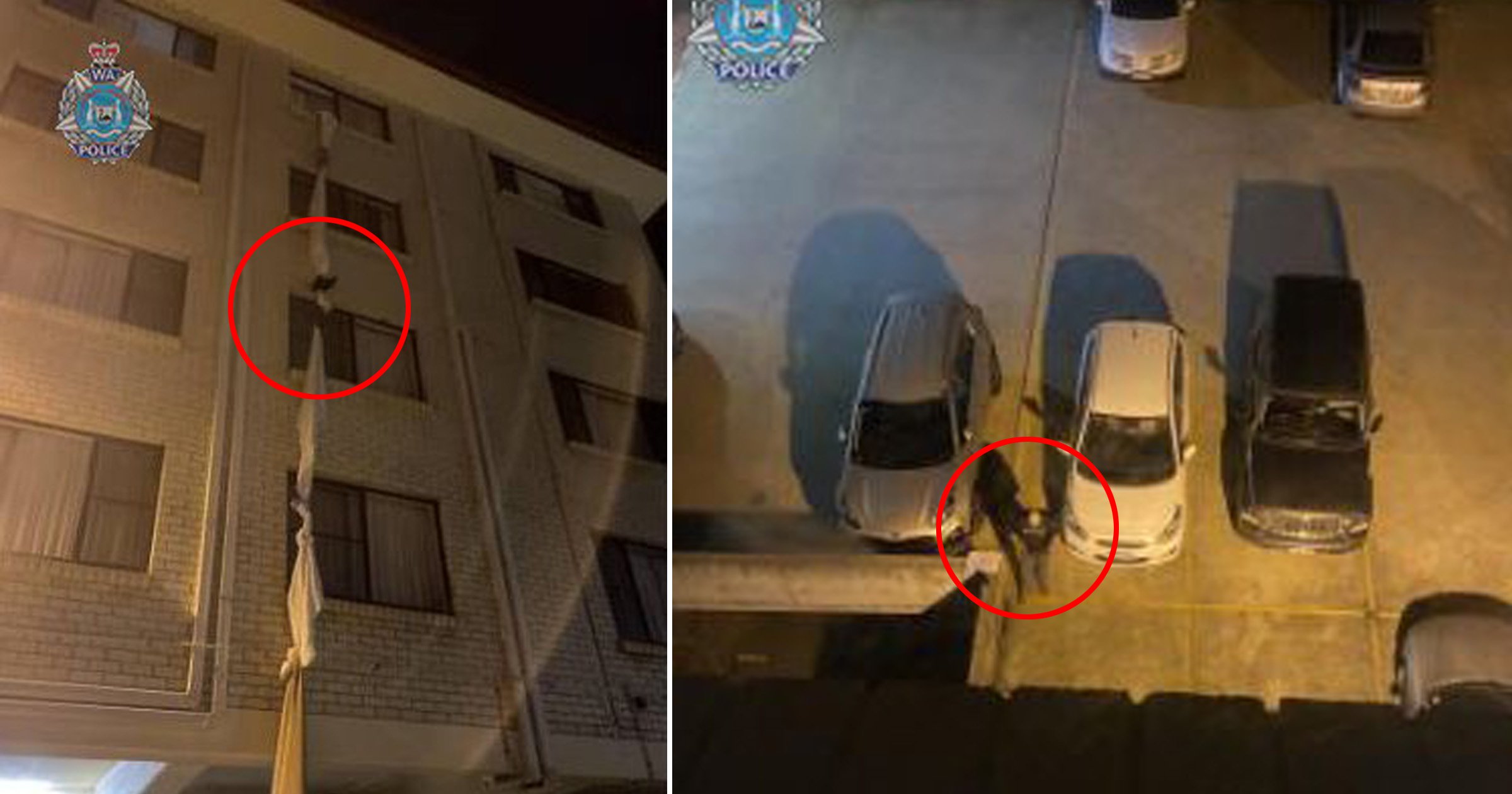 A traveller was hunted down by police after he pulled off an elaborate plan to escape from his quarantine hotel in Australia.

The 39-year-old man fled the hotel in Perth by tying bed sheets together to create a rope, before scaling down from his fourth-floor bedroom window.

He had flown into the West Coast city on an interstate flight from Brisbane on Monday afternoon.

But when he arrived, his entry application was denied as it didn’t meet the tough requirements needed to enter the state which has strict Covid border rules.

The passenger was told he must leave the state within 48 hours and was taken to a hotel to undergo temporary quarantine that night.

But just before 1am on Tuesday ‘he climbed out a window of the fourth floor room using a rope made of bed sheets and fled the area’, revealed Western Australia Police.

The force shared images of the scene following the dramatic escape, showing around five tied bed sheets hanging from a window from the hotel’s top floor down to the street.

Police managed to track down the man to the other side of town around eight hours later and arrested him on the spot.

He was charged with failing to comply with a direction and for providing false information.

The man was subsequently tested for Covid and provided a negative test, said police.

He was not the only person in an Australian quarantine hotel to have a cunning plan busted this week.

A woman, who was in a quarantine hotel in Queensland, was fined after a drone was spotted dropping off a packet of cigarettes to her balcony.

She was caught after an eagle-eyed staff member at the Crowne Plaza Hotel in Broadbeach on the Gold Coast, saw the drone hovering close to her room on July 11.

Queensland Police handed the traveller a $1,300 (almost £700) penalty, while the operator of the drone could be fined by the Civil Aviation Safety Authority for breaching safe flying regulations.

Australia has recorded far fewer Covid cases and deaths than many other developed countries, partly because it closed national and internal borders.

It also imposed mandatory hotel quarantine for anyone arriving from abroad or, during outbreaks, from another state.

But the policy has seen a series of dramatic escapes, including a woman accused this month of climbing down two balconies and kicking in a door to evade quarantine in the north-east regional hub of Cairns.