A man has been charged with murder over the disappearance of a father of five who was last seen in Victoria’s east more than two years ago.

Following a long investigation, detectives from the Missing Persons Squad charged a 33-year-old Sale man with murder after taking him into custody early on Wednesday. 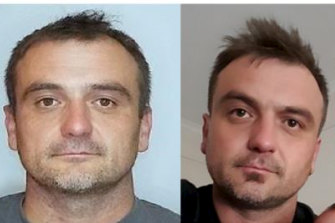 In the days after the Lakes Entrance man Dalibor Pantic disappeared in April 2019, his car was seen being driven around Melbourne, but police suspected he was not behind the wheel.

Instead, they believed the 38-year-old father, also known as Dale, met with foul play when he disappeared, and someone else was driving his distinctive Ford sedan when CCTV cameras captured footage of it on EastLink and the Princes Freeway.

The accused man will face Sale Magistrates’ Court on Wednesday for a filing hearing.

Investigators previously said they had searched extensively for Mr Pantic’s remains without success. In May last year, investigators found his car during a search of the Bunyip State Forest following a tip-off from the public.

Police said Mr Pantic’s drug connections may have played a role in his death, revealing the Lake Entrance man was known to be a “fairly significant player” in the sourcing and distribution of a wide variety of illicit drugs throughout the East Gippsland and the Latrobe Valley.

His phone was later found in the hands of drug associates at Wurruk, near Sale.

His car was later seen on CCTV leaving a property at Sale about 10.58pm on April 12, 2019, two days after he vanished, but police said Mr Pantic was not the driver. The identity of that person remains a mystery.

Detective Inspector Andrew Stamper, of the Missing Persons Squad, previously said police believed there was someone in the community who knew what happened to Mr Pantic and was responsible for his disappearance. 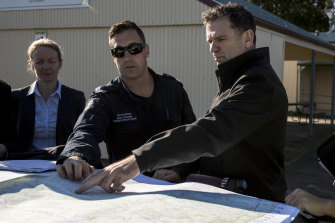 “Someone out there has the answers we need. I can promise that police are absolutely going to keep searching for them ourselves, but if you do know something, then the time to come forward is now,” he said.

“A year is a long time for his family to spend without answers.”

He stopped at an associate’s farm in Perry Bridge, north-east of Sale, on the way, leaving that property about 7pm. But it’s believed Mr Pantic never made it to Melbourne, and he has had no contact with his family since.