Making a splash for the wrong reasons! Show-off standing on his hands collapses on diving board and falls into pool

This is the dramatic moment a man attempted to dive from the top board of his local swimming pool while performing a hand stand.

The man, who has not been identified, walks on his hands to the edge of the board.

As he prepares to launch himself off the edge and into the pool, he slips and bangs his knee before tumbling unceremoniously into the water. 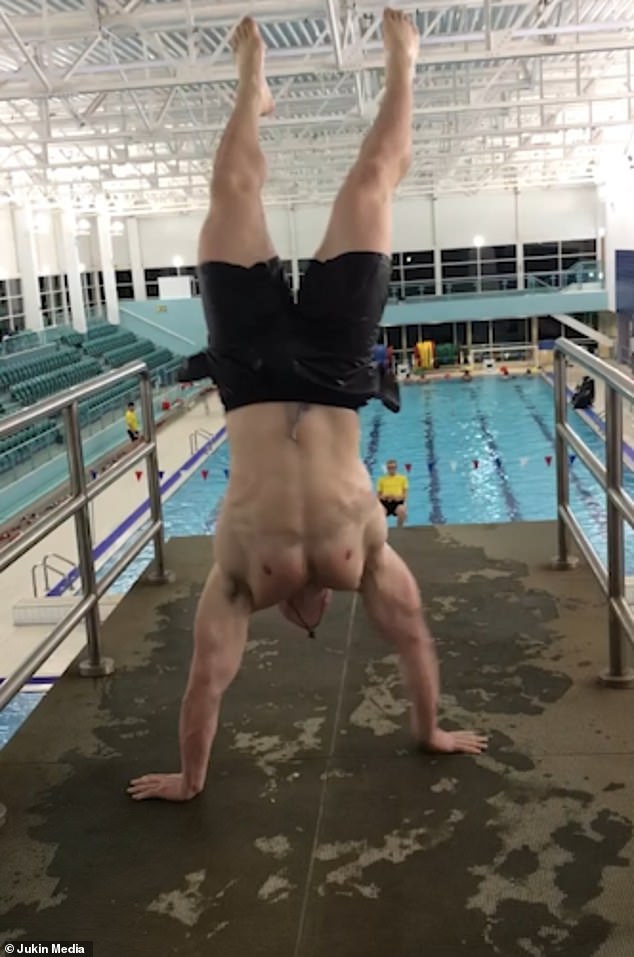 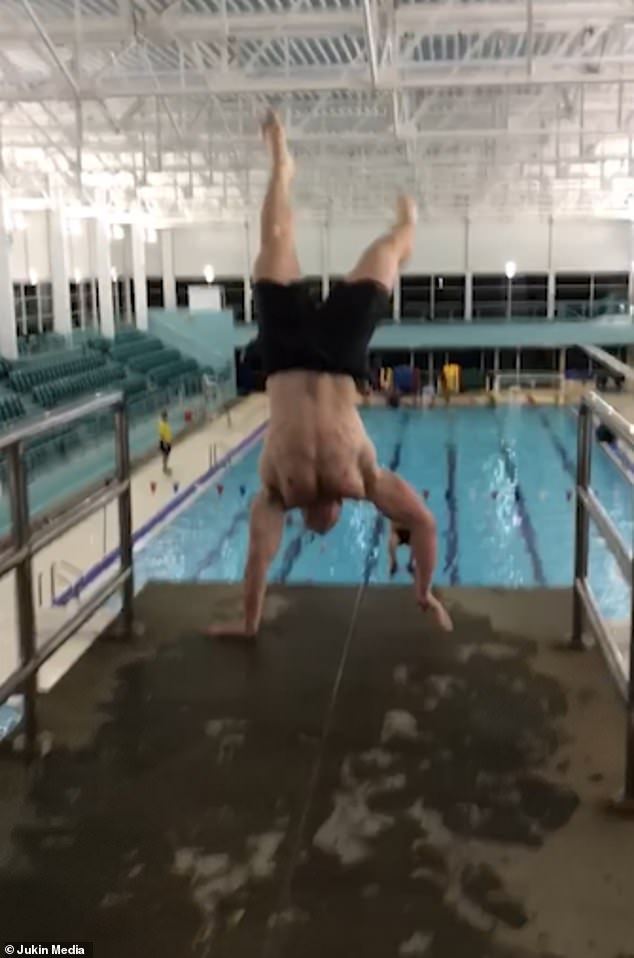 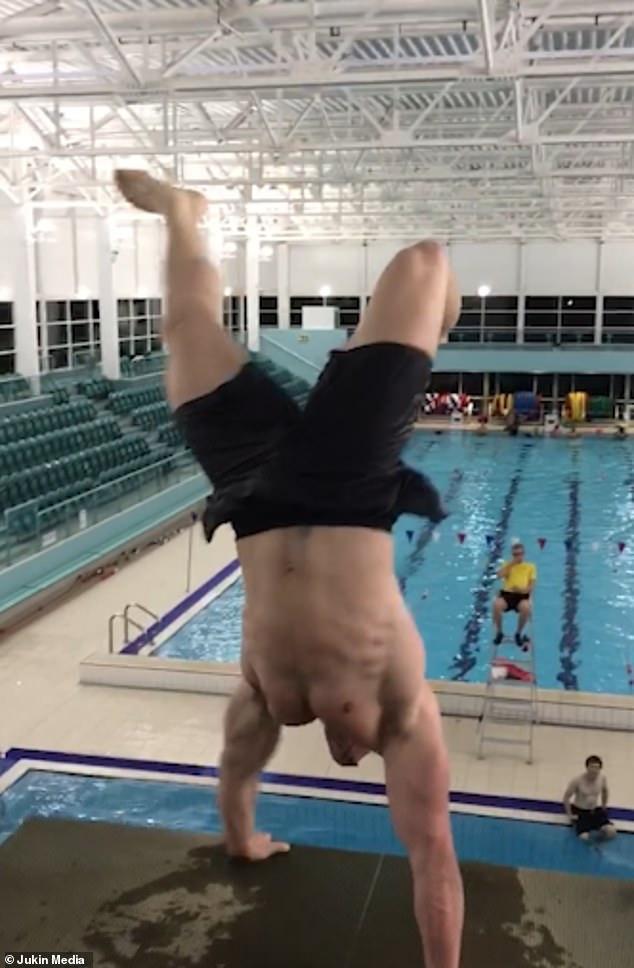 As he reaches the edge, he begins to lose control and appears to be over balancing

Instead of a graceful dive, he leaves a tremendous splash after entering the water at an odd angle.

It is believed the footage was shot at a swimming pool in Cheltenham, Gloucestershire.

A daredevil’s friend is filming the attempt which appears to be working out well until the final few moments.

The camera showed the edge of the diving platform was moderately moist and may have caused him to slip.

Or possibly, the exertion of walking on his hands for such a length of time may have been too great and he lost power at the last minute.

Fortunately the man did not appear to bump his head or hit the side of the pool when he plunged into the pool. 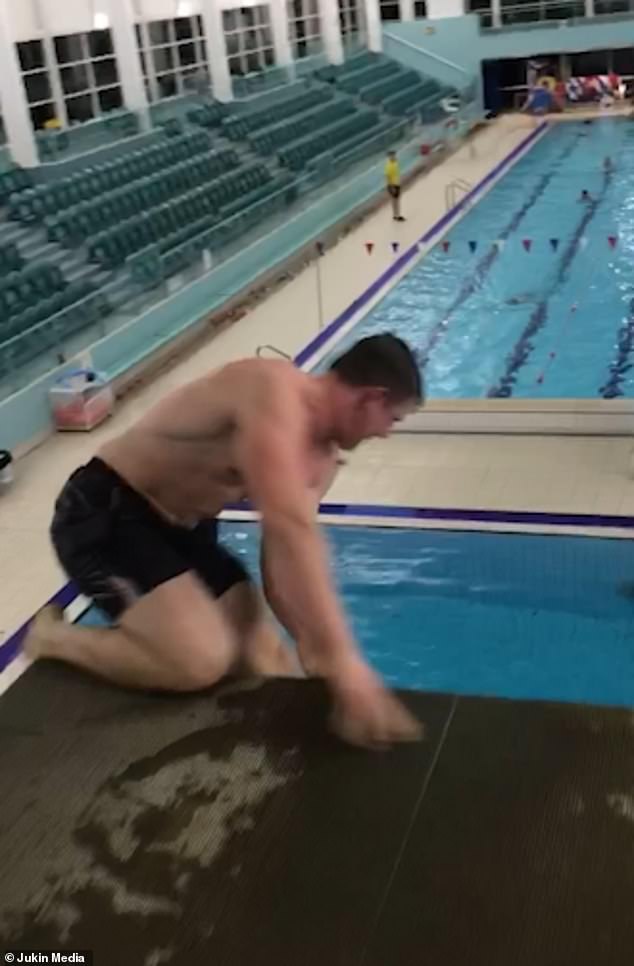 Moments later he falls to his knee, but one of his legs has already gone over the side 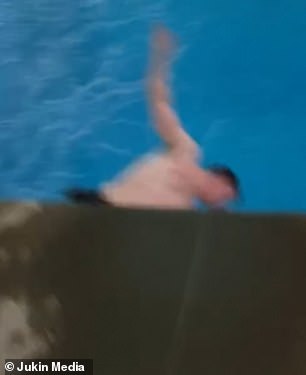 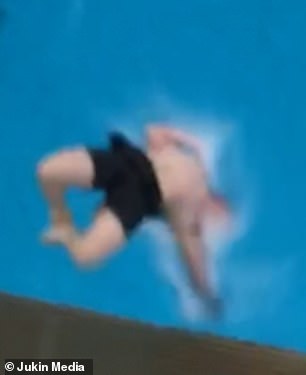 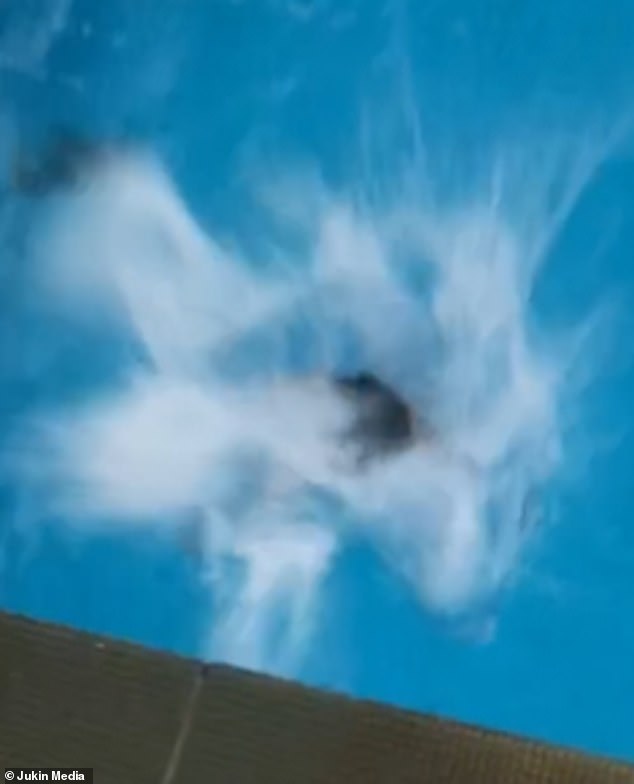 Instead of a graceful and technical dive, the man ends up plunging into the water with a splash