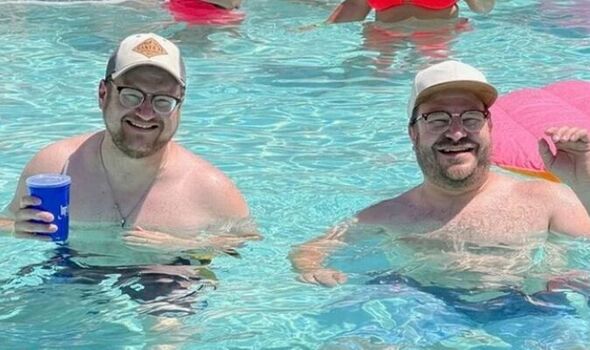 Sean Douglas McArdle, from the US, was on holiday when he stepped into the pool of his hotel to discover a man who looked surprisingly similar to him. Strangers and friends began noticing the striking resemblance between the two men. And when Mr McArdle noticed the other man, he had to do a double take after noticing they were both sporting white caps and glasses.

The pair decided to pose for a snap together, with the picture going viral on Reddit where it racked up nearly 100,000 likes and plenty of funny comments.

Sean joked that he wasn’t “convinced until now we are in a simulation” after meeting his “twin” while on their break, reported the Mirror.

He wrote: “I wasn’t convinced until now… we are definitely in a simulation.

“Today I randomly swam past my doppelgänger at the Flamingo pool in Vegas.” 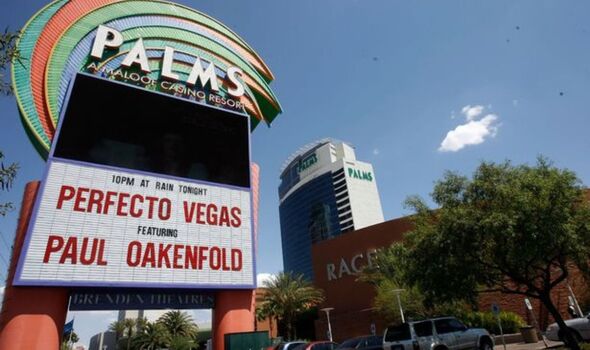 Readers had many questions, and he went on: “I was just swimming by in the pool and a big group of strangers were pointing at me and laughing.

“I got really self conscious, looked back at my friends and they were all pointing and laughing at him. That’s when I saw him.

“I immediately thought: “holy s*** that guy looks like the dude I see in the mirror”, and my second thought was: “He looks cooler than me”.

One told him: “Maybe the player is using console commands to take control of you and steal your valuable items, or make you do embarrassing stuff. Have you ever done something that you felt you had no control over? That’s the player.”

Another said: “There are three of you guys at every brewery.”

Someone else responded: “They exist simultaneously within easy reach of every craft beer. I don’t get the science behind it, but it’s an interesting phenomenon nonetheless.”

A doppelganger is a biologically unrelated lookalike, or a double, of a living person.

A recent study by a team of geneticists from the Leukemia Researching Institute in Spain investigated 32 doppelganger couples and found that they also have similar DNA and behaviors. 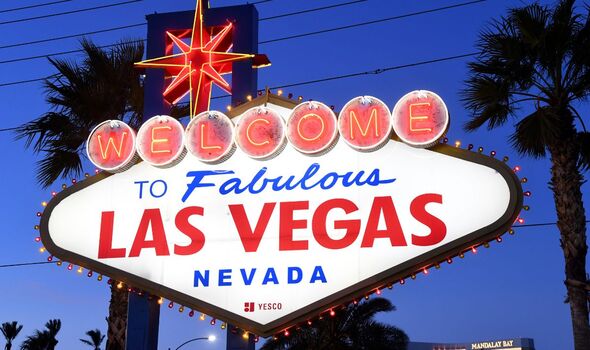 In fact, half of the doppelganger couples were found to be more like identical twins with comparable genotypes, a DNA sequence each individual has.

The scientists, led by Dr. Manel Esteller, also found that the doppelgangers have similar height and weight and even shared the same habits such as smoking and education.

The team collected 68 biometric and lifestyle attributes from the 32 pairs, which led them to find a correlation with height, weight, and behavioral traits.

In a study published in Cell Reports, the team wrote: “Overall, we provided a unique insight into the molecular characteristics that potentially influence the construction of the human face. We suggest that these same determinants correlate with both physical and behavioral attributes that constitute human beings.

“These findings provide a molecular basis for future applications in various fields such as biomedicine, evolution, and forensics.”