A prankster got a work van to pull over by calling the number on the back and pretending to be a customer.

Personal trainer Troy Beck claimed John Grimes’ van was ‘driving too slow’ on a country road near Godstone, Surrey – but the footage appears to show the van sticking to the speed limit.

Mr Beck called the mobile number advertised on the side and pretended to be a customer in the hope the labourer would pull over.

However, Mr Grimes, from Hawkhurst, Kent, said he overtook Troy because he was driving ‘quite erratically’.

He said: ‘I didn’t want to be behind them so I overtook when I had the chance. If something happened then I’d rather be in front.’

He added: ‘I’m entirely bemused. I thought it was a customer, but the connection was so bad that I couldn’t hear what he was saying. 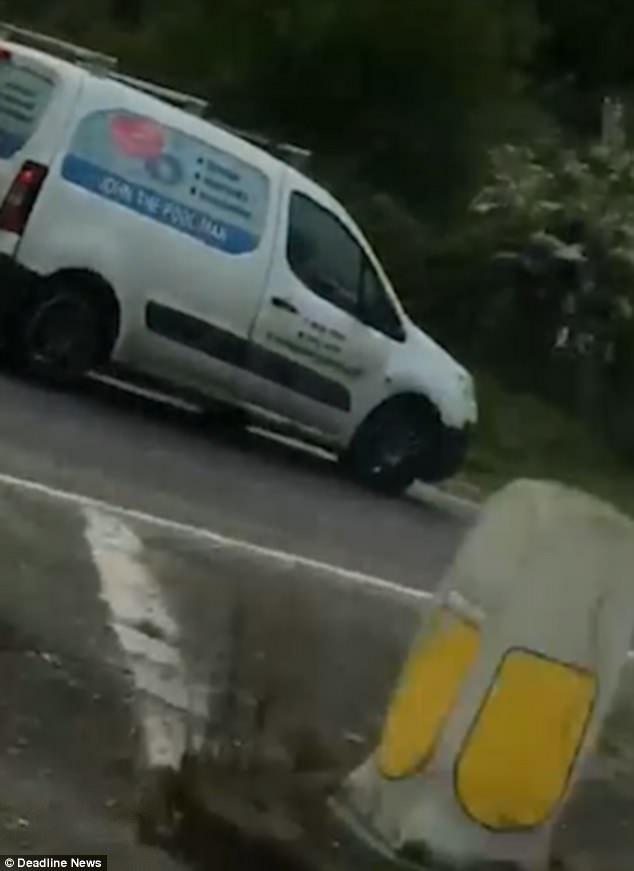 ‘I just kept asking him to repeat what he was saying because I couldn’t hear him, and then the line went dead.

‘I spent a lot of time on the roads, so I see all sorts of things.’

In the video, Beck calls the number and asks if he is speaking to John the pool man. 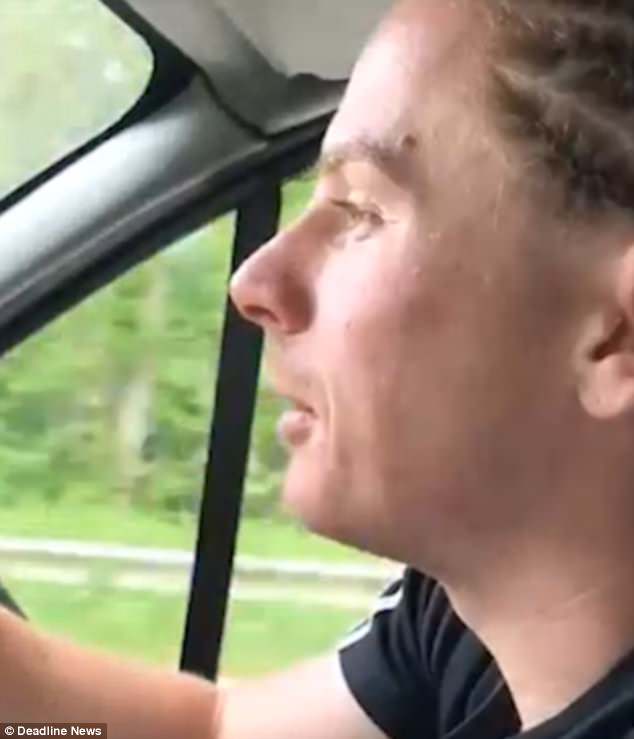 They were driving on country road near Godstone, Surrey. Beck claimed the van was going ‘too slow’

He then tells Mr Grimes that he got his number from ‘Terry and Dave’ and he’d heard the labourer was ‘quite handy around the pool’.

When the prankster asks how much it would be to have his pool cleaned, Mr Grimes says he is struggling to hear and decides to pull in.

At the next roundabout the van veers off to the left and the road in front of Mr Beck becomes clear. 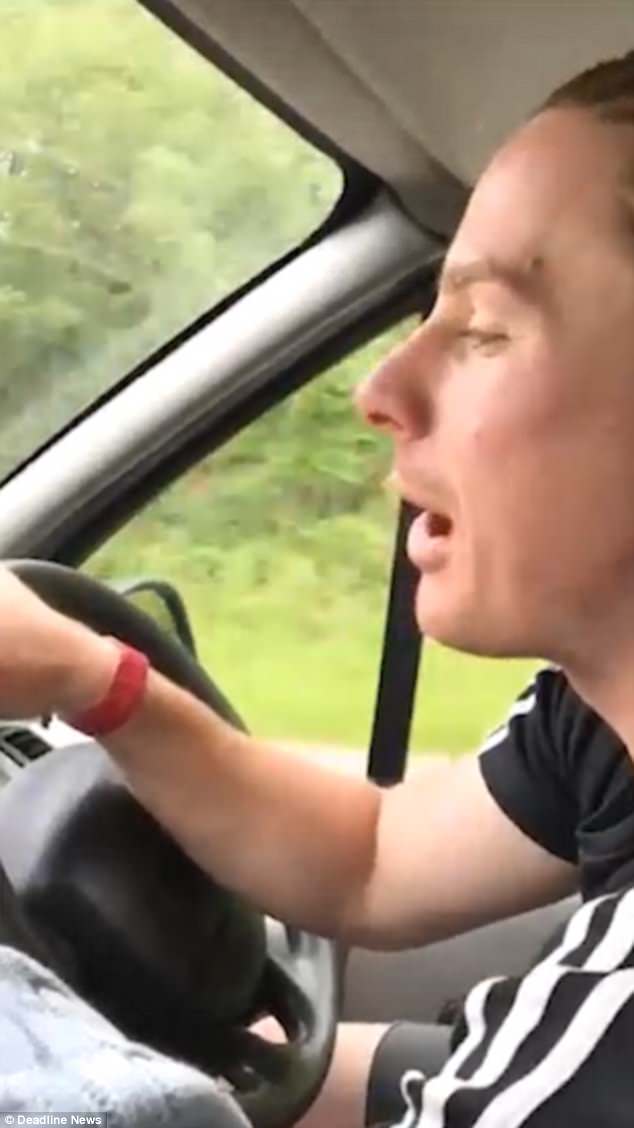 When the pool cleaner eventually pulls over, the joker rubs it in his face and starts swearing at him, calling him a c***

When Mr Grimes says he’s stopped, the joker rubs it in his face and starts swearing at him, calling him a c***.

Mr Beck posted the footage to Facebook and it has been viewed over 25,000 times.

Davey Ash wrote: ‘There’s only one c*** in this vid and it isn’t john the pool man.’

Michael Fowle said: ‘[Your] driving is as bad as your hair WTF is that.’