I was forced to train North Korean spies: Japanese former student who was held hostage for two decades reveals how military chiefs tried to indoctrinate him and a schoolgirl who went missing in 1977

A Japanese national kidnapped by North Korea and forced to help train spies has spoken about his 24-year wait for freedom – and meeting another famous abductee.

Kaoru Hasuike had been enjoying a beach sunset with his girlfriend Yukiko went they were approached by a group of men and wrestled to the ground.

He would soon find out that the men were North Korean agents, working to abduct him from Japan and bring him and his girlfriend back to the rogue communist state.

Speaking earlier this week on the same stretch of beach where he was taken on July 31, 1978, aged 20, Hasuike said ‘at first, I think I resisted a little’.

‘But in that sort of a situation, and after I was hit, I was utterly in fear, I couldn’t move.’ 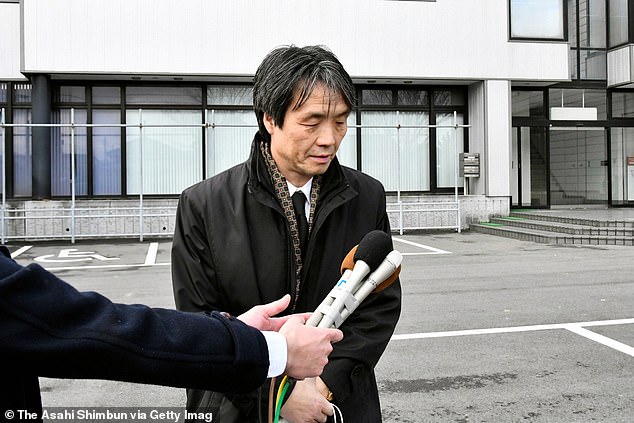 Kaoru Hasuike had been enjoying a beach sun set with his girlfriend Yukiko went they were approached by a group of men and wrestled to the ground. He is pictured speaking to journalists in 2017 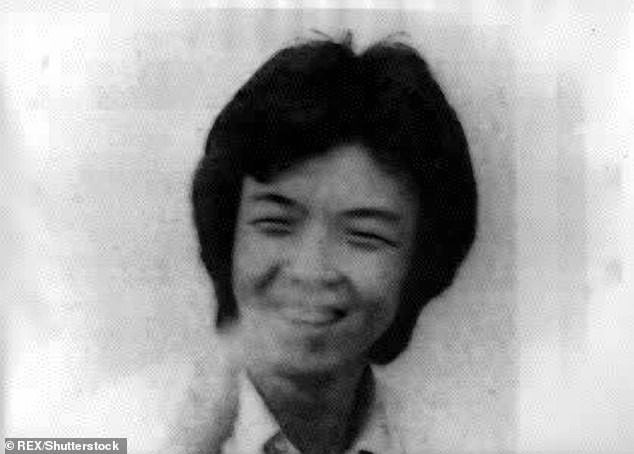 For 24 years, Hasuike lived in an ‘Invitation District’ of capital Pyongyang, a place reserved for foreigners who had been kidnapped to serve the regime. He worked as a language teacher and translator

He was gagged and drugged before being dragged aboard a motorboat, on which the agents made the two-night crossing back to the port of Chongjin in North Korea.

For the next 24 years, Hasuike lived in an ‘Invitation District’ of the capital Pyongyang, a place reserved for foreigners who had been kidnapped to serve the regime.

The couple were separately given political indoctrination, in what he believes was an attempt to turn them into spies. However when captives from Lebanon women escaped in 1979 the programme was abandoned for fear that state secrets could be leaked.

Hasuike was then made to teach North Korean agents to speak Japanese so they could spy on his home country.

However this programme was also cancelled when a North Korean agent Kim Hyon Hui was arrested for placing a bomb on a Korean Air flight in 1987, and admitted she had been taught Japanese by a former abductee.

After this, Hasuike worked translating Japanese newspaper and magazine articles into Korean. 20 years into his time in North Korea he saw a photograph of his parents and read of Japan’s efforts to have him released.

Hasuike had been kept apart from his girlfriend Yukiko for 18 months. When they were finally reunited, they quickly married and had two children who they brought up as North Koreans.

At some point midway through his captivity, Hasuike and his family were neighbours to Megumi Yokota, the schoolgirl kidnapped age 13.

He said that she had married a South Korean national who had been captive since he was 16. 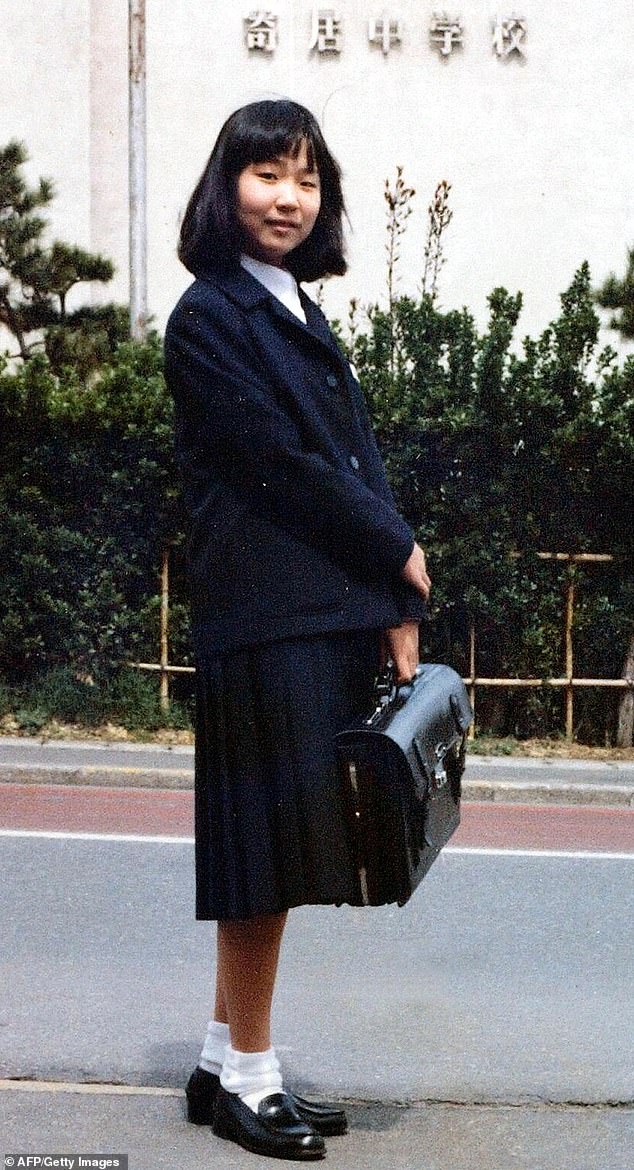 At some point midway through his captivity, Hasuike and his family were neighbours to Megumi Yokota, the schoolgirl kidnapped age 13. He said that she had married a South Korean national who had been captive since he was 16 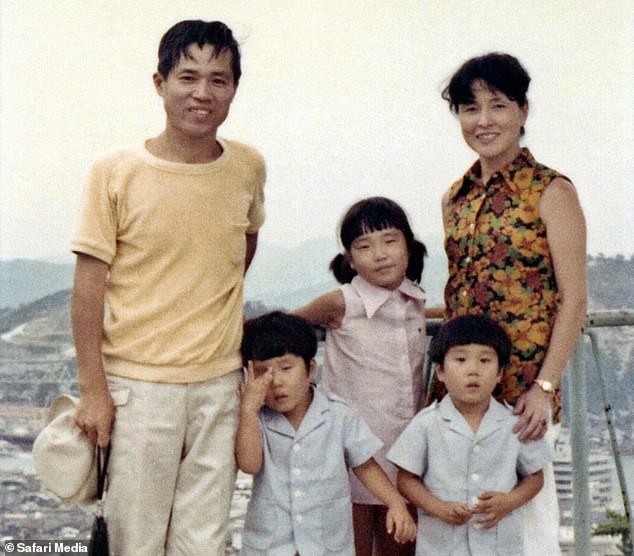 North Korea had said that Yokota had died, either in captivity or by suicide, in March 1993, but Hasuike says he saw her regularly into 1994, at which point she had gone to another region over a ‘mental condition’.

In 2004, the regime sent her ‘remains’ back to Japan, but DNA tests and falsified hospital documents proved they were not hers.

‘Her being dead is not an argument I can accept,’ said Hasuike.

Finally in 2002, the regime allowed the pair a trip to Japan for a week-long family visit. Such trips are mostly granted to those the state believed to be indoctrinated and not likely to escape. Their children remained behind as an insurance policy.

But the couple saw their chance and refused to go back, believing the North would eventually have to release their children. 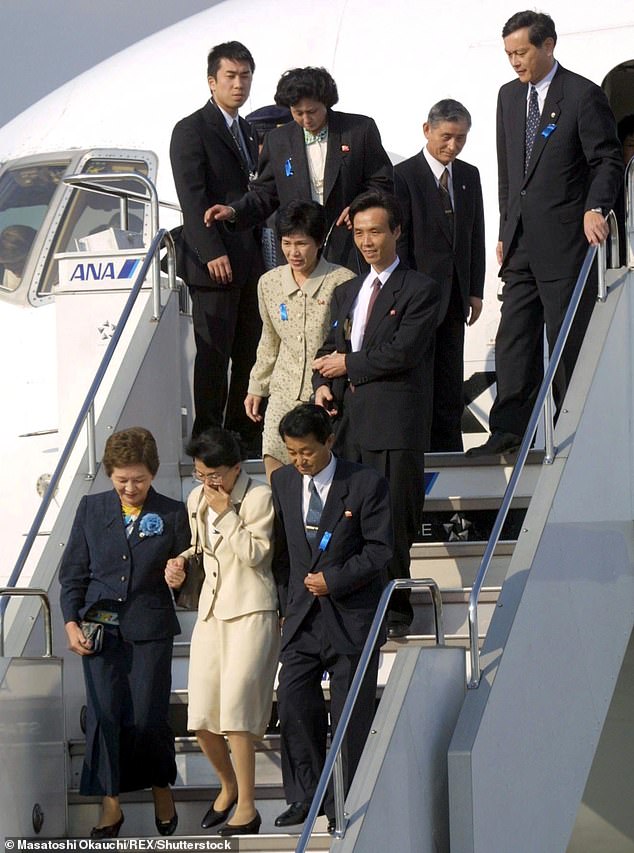 ‘For young people, the most important thing is to be able to pursue your dreams,’ Hasuike told the Washington Post this week.

‘People say I took a gamble, but I knew this was the moment when I could change my life and that of my children.’

Japan have previously confirmed that 17 of its nationals, including 13-year-old schoolgirl Megumi Yokota, were abducted by North Korea between 1977 and 1983.

Incumbent Prime Minister Shinzo Abe has said he remains determined to return all abductees that remain in North Korea back to Japan, and has repeatedly lobbied President Trump for help in the matter.

Yokota’s parents, who are now in their 80s, continue to believe that she is alive and living as a captive in North Korea. Her brother Takuya runs an association for families whose relatives were kidnapped by North Korea.