A man has been arrested after trying to take 20 people hostage in Italy, leaving three people injured.

The 28-year-old man was arrested after attempting to take 20 people hostage when he stormed regional offices in the central Italian town of Fiuggi.

He was said to have dragged the director of the Corso Nuova Italia institute into a classroom where there were 20 students taken 20 students and taken them ‘hostage’.

The man was said to have dragged the job centre director into a room with 20 students, then grabbed a female student and told everyone not to move. 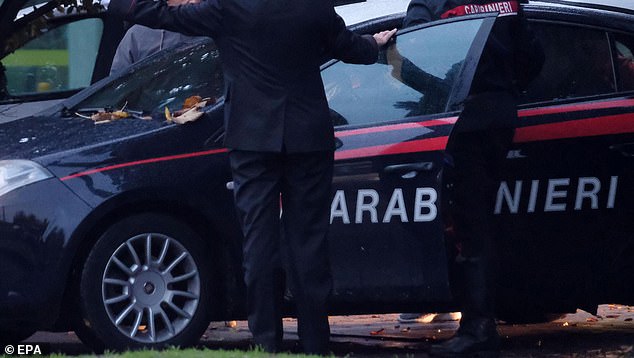 Police were called to the scene after one of the students managed to escape and raise the alarm.

Soldiers from the Carabinieri and national police force were said to have broke into the building and used pepper spray supplied to subdue the man.

According to Italian media the unarmed man was taken to a psychiatric hospital in Frosinone after storming into the job centre today.

An officer from the Carabinieri military police, two police officers and a female student were said to have been injured.

The young woman was taken to hospital with minor bruises, Italian media reported.

Fiuggi is a town in the Lazio region of central Italy, around 54 miles (88km) from the capital Rome.

Earlier this month another man took 12 people hostage in a post office of the northern Italian city of Pieve Modolena.

But he later released them and surrendered to the authorities.