Bizarre footage shows the man – wearing only a pair of blue boxers – jogging down Neath Road in Swansea as a builder yelled "somebody forgot the flowers!" 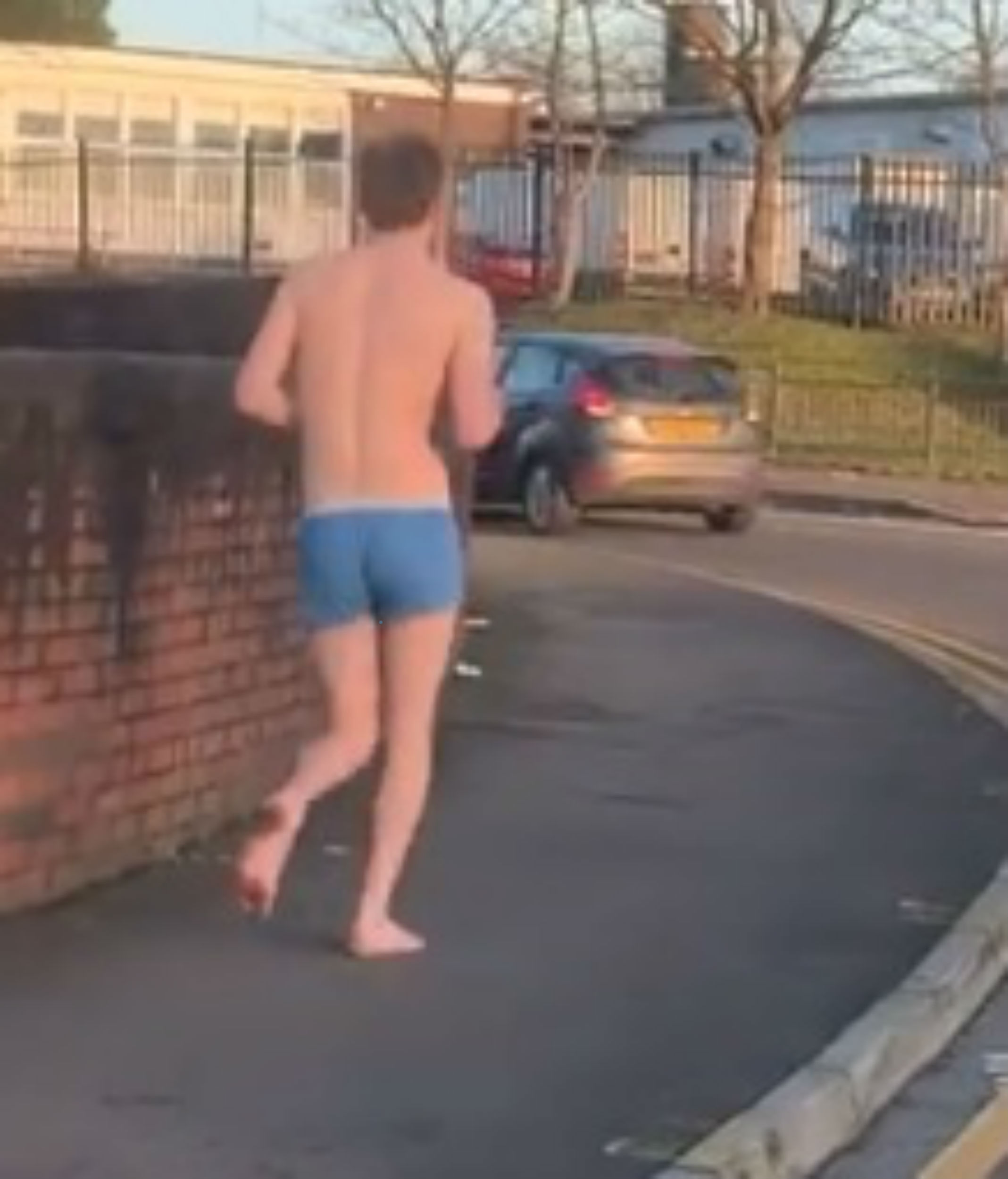 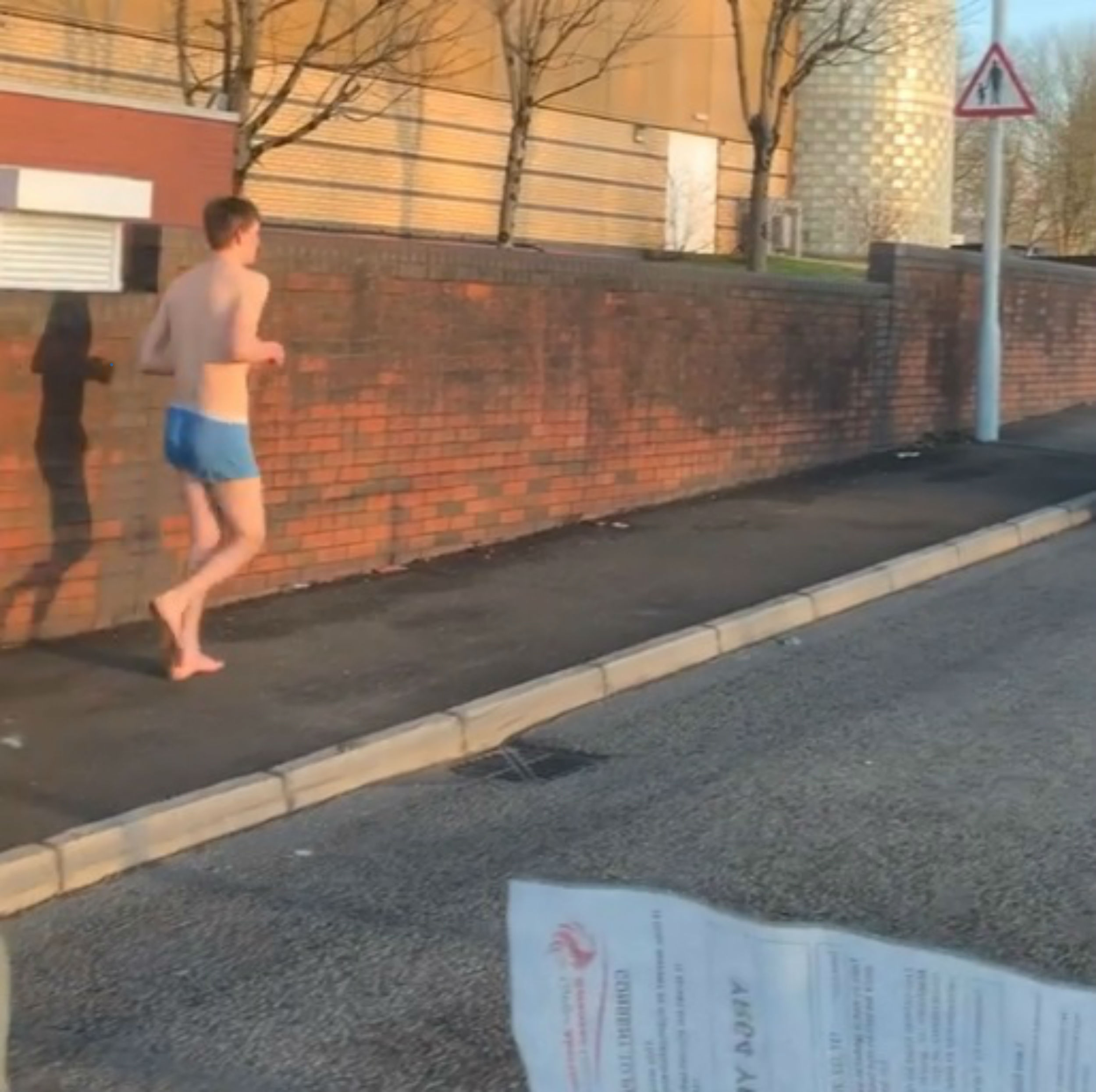 Ralph Barnett, 58, filmed the man as he and his pals were driven to work.

He spotted the jogger at 8am on Valentine's day – when it was -2C.

The workman posted the video to Facebook, captioned: "When you know it’s not your Valentine's morning."

The clip shows the man running down the pavement as Ralph and his colleagues shout advice.

One can be heard shouting "next time buy the flowers" as the man runs past.

Ralph said: “I have seen a quick picture that he was running about three miles away from where we saw to be running from quite a distance. He’d run at least 3/4 miles to get to that point.

He added: “It just seemed apt that was on Valentine’s morning hence why I made the comment that I did. I just couldn’t help myself, that was the first thought that came into my head.”