A New Jersey man who filmed a Facebook Live video of himself begging for help inside a police station before he died may have had bacterial meningitis.

Officials are investigating whether 27-year-old Jameek Lowery had the potentially deadly infection when he streamed the frantic video in Paterson at 4am on Saturday.

Paterson Mayor Andre Sayegh said on Thursday that he and others who had contact with Lowery were given antibiotics as a precaution.

Officials are awaiting lab results to determine whether Lowery had bacterial meningitis. 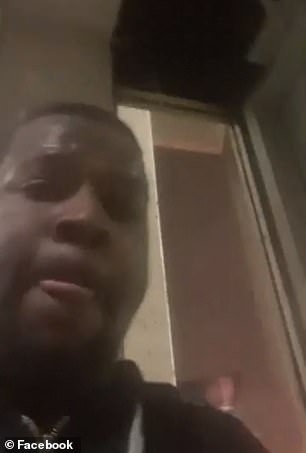 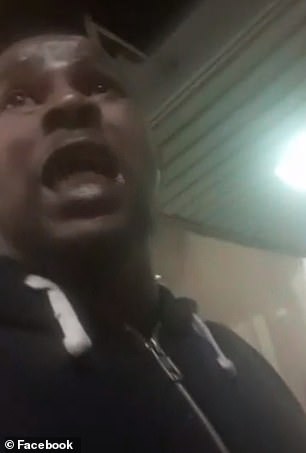 Lowery filmed himself as he begged police for help. He appeared to be bathed in sweat and highly agitated

The father-of-three had called 911 early Saturday and claimed he had taken ecstasy and was paranoid.

He eventually went to the police station and started filming the sometimes incoherent video of himself.

In the clip, Lowery can be heard asking several cops for water while telling them he believed someone was trying to kill him.

As he focuses the camera on himself, Lowery appears to be sweating profusely and in an extremely agitated state.

‘I’m just paranoid,’ Lowery says in the video. ‘I just need some water.’

One of the officers can be heard responding: ‘Alright, the hospital has water.’ 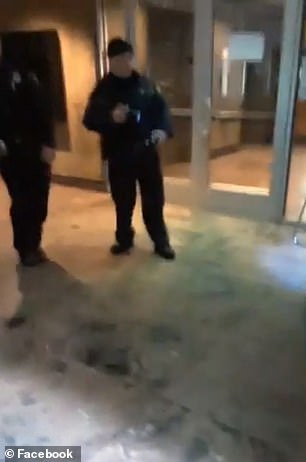 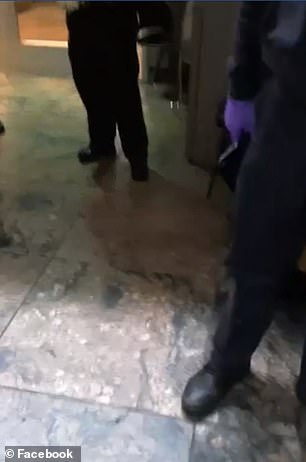 In the video posted on Facebook Live early on Saturday morning, several police officers could be seen standing around in the station’s lobby 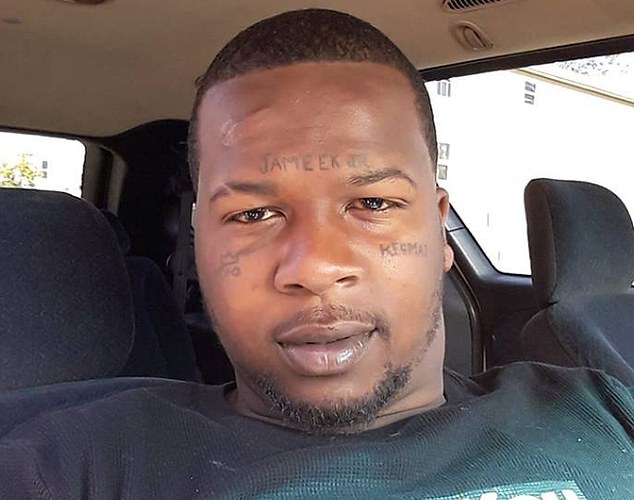 He was placed on life support but died on Monday.

Officials are awaiting the results of an autopsy and a prosecutor’s investigation.

His family have demanded answers in relation to Lowery’s death, claiming he showed up at the hospital with a fractured eye socket and broken cheekbone.

He appeared to be free of injuries in the footage.

‘His face wasn’t like that in the video,’ Lowery’s brother Jamir King told northjersey.com. 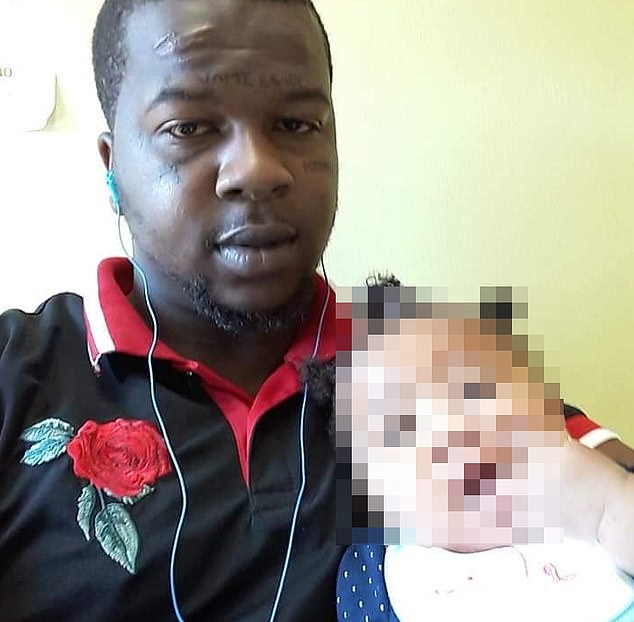 As well as the alleged injuries, King claims it took two hours between the video being filmed and Lowery being admitted to hospital for treatment.

‘What happened during that time?’ King said.

Hundreds of protesters took to the streets of Paterson on Tuesday night to demand answers into his death.

Law enforcement sources said there is no evidence that any police officer assaulted Lowery during the incident.

Officials said the officers involved have been placed on administrative leave while the matter is being investigated.