Cruel son and his wife who beat and belittled his elderly mother and falsely claimed she had dementia to get their hands on £230,000 inheritance are jailed for seven years

A callous husband and wife plotted to defraud his mother out of £230,000 by falsely claiming she was suffering from dementia.

Maninder Sambi, 34, also subjected his elderly mother to a vicious beating and exchanged texts messages with his partner saying they ‘hoped that she would die’.

Maninder and his wife, Navjot Sambi, also 34, cynically exploited depressed Bhajan Sambi in a deception that saw them jailed for a total of more than seven years.

The couple, of Leeds, West Yorkshire, set about ‘portraying to the world’ that Mrs Sambi was instead suffering from dementia. 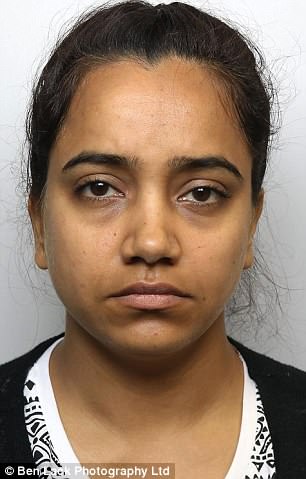 Navjot Sambi, left, and her husband Maninder Sambi, right, used his mother’s depressive symptoms to try and convince people she had dementia in order to seize her financial assets

They forged a letter purporting to be from an Indian hospital which stated she was suffering from the debilitating condition.

The pair also committed fraud by taking out a £100,000 critical illness insurance policy against his mother before claiming she had dementia.

Mrs Sambi’s mental health problems were sparked by a ‘cascade of bereavements’ during 2009 and 2010 which led to her receiving treatment. The deaths left her in possession of a home which had equity of around £230,000.

A judge who jailed the couple said they began a deliberate process of ‘belittling and assaulting’ her good name, which meant Maninder obtained power of attorney over her financial affairs.

He abused that power to set about buying a new home for himself and his wife, attempting to use the equity in the property owned by his mother to buy the house.

But Maninder was told by an HSBC staff member that it was an inappropriate use of his mother’s funds when he visited a local branch. 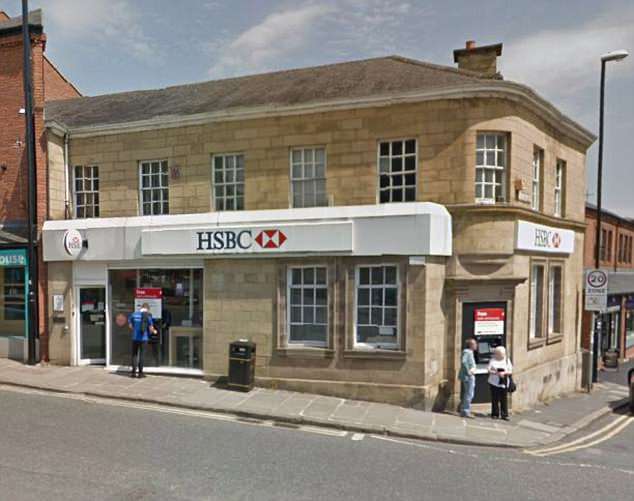 The couple even hacked into Mrs Sambi’s social media accounts, monitoring their activity in order to keep her isolated.

Maninder punched his mother and banged her head against a door during a beating in April last year, leaving painful bruises on her body.

During the trial Maninder tried to blame his wife for the offences, claiming she was ‘the financial brains’ of the family. He was jailed for four years, three months.

Navjot blamed her husband, saying she was ‘subservient’ to him. She was jailed for three years.

The court heard the Sambis have two children and continue to deny committing the offences.

Jailing the couple, Judge Robin Mairs said they were equally to blame for the deception.

He said: ‘I find that this was very much a partnership. You knew she was vulnerable and you preyed on that vulnerability.’