Maria Butina: why the 'honeypot' spy scheme is still a thing

Whether for real-world CIA handlers or fictional 007s, there is no tactic in spycraft more enduring than the honeypot. And so in the Old Testament, we saw the Philistines deploy Delilah's feminine wiles to undermine Samson, and in the 1980s, we had Clayton Lonetree, the U.S. Marine blackmailed at his Moscow post by a beautiful Soviet. And now we have Maria Butina, allegedly the latest in a long history of double-crossing women whose success depends entirely on how much more they understand men than their marks understand women. 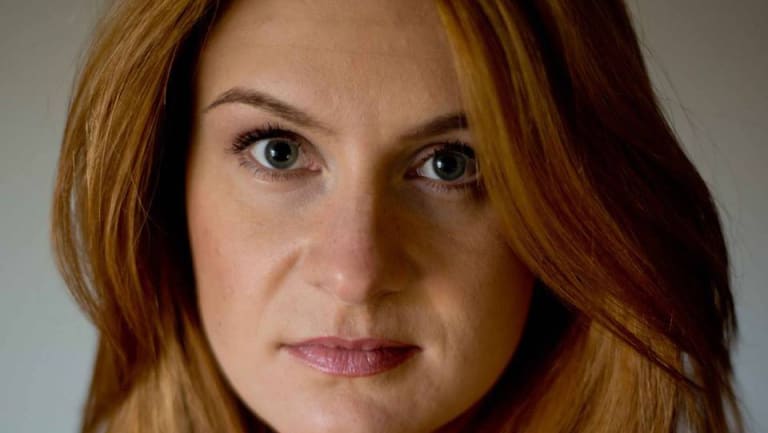 Maria Butina in a photo from her Facebook page.

Spend an hour or three scrolling through Butina's prodigious social media presence and certain themes emerge. Her Instagram is a series of strategic fitness selfies – a sculpted deltoid, a Lycra'd thigh – showcasing both strength and femininity. In photos snapped outside the gym, her hair is long and styled. She cooked homey-looking recipes: baked chicken, scrambled eggs. She shared spiritually-tinged aphorisms: "Faith makes all things possible. Love makes them easy." She posted dog-whistle appeals to lonely men: "I want to love someone whose heart has been broken, so that he knows exactly how it feels and won't break mine." 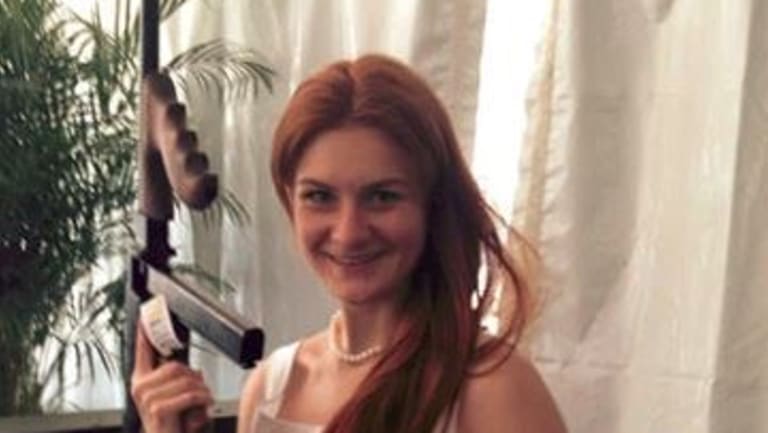 Maria Butina in an image from her Facebook page.

And she posted guns. In picture after picture, Butina holds firearms of all shapes and sizes. Here, she brandishes a handgun and wears a cowboy hat. There, she crouches in the snow, leaning a rifle over a dead boar. Do wingtipped eyeliner and bombshell-red lipstick pair well with semi-automatic weapons? On Maria Butina's Facebook feed they do.

Whether or not Butina is actually a Russian spy, what becomes clear is that she was very good at being an American fantasy. While Cold War buffs spent the past week talking about how Butina was reminiscent of Jennifer Lawrence in Red Sparrow or Keri Russell in The Americans, the pop-culture reference I kept thinking of was author Gillian Flynn's description of a "Cool Girl."

The concept was a major theme in Flynn's novel, Gone Girl – which is itself essentially a deep dive into the relationship equivalent of spycraft: the personas some women adopt in order to please men, and the boyfriends who buy into it. Cool Girls might package themselves in different formats for different types of guys. The common thread, Flynn writes: a Cool Girl is "basically the girl who likes everything he likes and doesn't ever complain."

Maria Butina is an NRA Cool Girl, a unicorn dream of what a man who loved guns might be seeking in a woman to love him.

If there were boyfriends in her life, or dates, or parties or nightclubs, they weren't a part of her online personality. In her photos she is almost always alone, like a Realtor's open house left purposefully devoid of furniture so prospective buyers could imagine themselves living there. If court records hadn't revealed Butina to be flesh and blood, I would have looked at her Facebook feed and assumed she was a bot or a scammer, one of those lovely women who sends a friend request, says you're cute, then asks you to wire her $5000.

Are there women with personalities like this in real life? Maybe. But are there a surfeit of highly intelligent, hot, bilingual Eastern European graduate students who love Jesus, cooking, guns, big-game hunting, bourbon, lipstick, cowboys, and tenderly repairing the hearts of damaged men?

The fact that Butina became so popular in conservative circles so quickly seems to point in the other direction: There aren't a lot of (real) women like her. "Friendly, curious and flirtatious," described an anonymous source, who met her through the Conservative Political Action Conference.

The men who championed her were so pleased to meet a woman who fit an ideal mold, they never stopped to think that maybe she was an ideal mole.

Or, as one jokester observed on Twitter: "Such a shame that good guys with guns are powerless against bad guys with vaginas."

This is why the honeypot scheme continues to be a thing. Because it's based on an ego-stroking fantasy, a form of currency that never goes out of style.

The sexy narrative of Maria Butina is that she's a devious femme fatale. But her maneuvering through Second Amendment circles revealed as much about her marks' desires as it did about her own plotting. Maria Butina was NRA Cool Girl. Her Russian compatriots might have hacked into servers and political databases. She learned to hack the American psyche.