Marine Le Pen is tipped to pummel Emmanuel Macron’s La République en Marche (LREM) in the European elections as populist groups reign across the continent. She scored a comfortable 24.5 percent of votes among 2,750 people compared to just 23 percent for LREM in a poll on May 18-22 for Paris Match magazine. France’s controversial leader wants to join forces with far-right Italian ally Matteo Salvini to upset the centric balance of European Parliament. Together, they hope their Europe of Nations and Freedom bloc can become the third largest group in the Parliament.

Together, they hope their Europe of Nations and Freedom bloc can become the third largest group in the Parliament.

However, Mrs Le Pen has made strides to soften the National France’s right-wing stance after it was accused of being racist and antisemitic.

After expelling her father from the party in 2015 for making controversial statements, Mrs Le Pen backed civil unions for same-sex couples, accepted unconditional abortion and dropped her party’s advocation for the death penalty.

But how many times has the ultra-conservative been married and does she have a husband now? 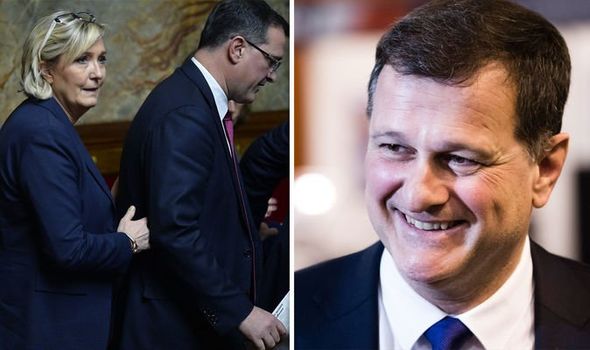 Mrs Le Pen, 50, has been married twice in her lifetime.

Her first husband was Franck Chauffroy who she married aged 27 in 1995.

He became a business executive of the National Front.

The couple had three children together but divorced in 2000. 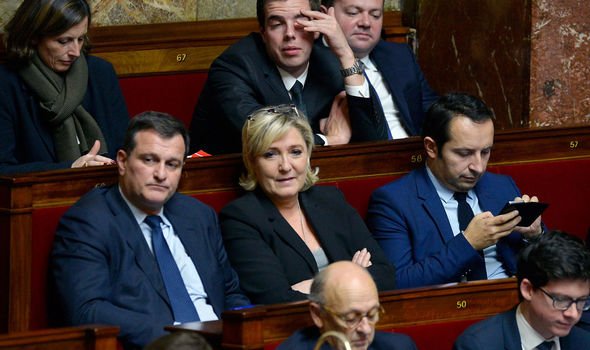 She went on to marry Eric Loiro in 2002 but their marriage only last four years.

Mr Loiro was also a National Front member and was employed as its former national secretary.

Following their 2006 divorce, Mrs Le Pen did not remarry.

But she has been in a long-term relationship with Louis Aliot since 2009. 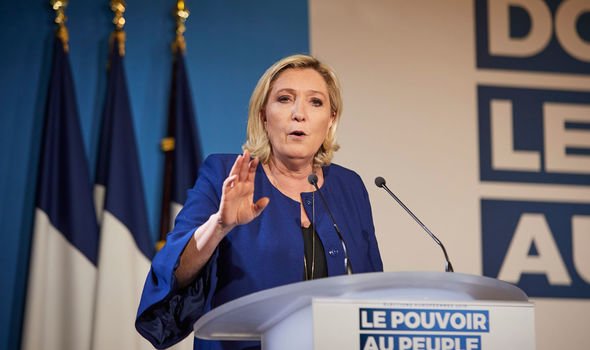 Lawyer Mr Aliot, 49, quickly rose to prominence in the National Front, becoming its vice president in 2011.

But he has maintained a lower profile than some partners of leading politicians.

Mr Aliot is a divorcee himself and a father of two.