When Lopez Obrador won office by a landslide on July 1, the peso and the stock market rose, buoyed by his conciliatory tone. The rally continued when Mexico and the United States reached a deal to rework the NAFTA trade pact in late August.

But the mood has since changed.

Lopez Obrador, who takes office on Saturday, began saying in September that Mexico was “bankrupt.” When he canceled a new $13 billion Mexico City airport on Oct. 29 on the basis of a widely-derided referendum, investors took flight.

“(Lopez Obrador) behaved quite well from the election in early July until the referendum on the airport. That was really an indication of his true colors,” said Penny Foley, portfolio manager for emerging markets and international equities groups at TCW Group Inc, which manages $198 billion in total.

Foley said the referendum prompted TCW to cut its exposure to bonds issued by state oil firm Pemex, on the grounds that under a Lopez Obrador administration the company would be driven more by politics than by profit.

“We are now slightly underweight Mexico in the dollar fund and neutral in the local currency fund,” she added.

Lopez Obrador wants to attract investment from home and abroad to fuel economic growth and drive an ambitious infrastructure agenda, including a major rail project linking Cancun to Mexico’s southeast, plus a new oil refinery.

Decisions such as the airport cancellation have fed investors’ concerns he could push Mexico toward a more authoritarian, arbitrary and partisan form of government.

Mexico’s S&P/BVM IPC stock index has tumbled 18 percent since the market’s post-election peak on Aug. 28, while the peso has fallen around 8 percent against the dollar.

In an interview published on Friday, Lopez Obrador said the drop in the Mexican stock index was linked to external factors and that other bourses were falling too.

“I’d also like to note that we’re not just going to govern for the markets,” he told Mexican newspaper La Jornada.

Over the same three-month period, the MSCI Emerging Markets index has fallen about 7 percent.

Bond yields on Mexican 10-year sovereign debt have jumped 121 basis points, a sign investors see it as a riskier bet.

By contrast, yields on Brazil’s 10-year debt have fallen over 20 basis points since the Oct. 28 presidential election victory of Jair Bolsonaro, a far-right politician who has appointed a group of pro-market economists to his team.

Airport operator GAP, which controls terminals in a dozen cities including Tijuana and Guadalajara, canceled a planned 6 billion peso debt issuance this week.

Some European businesses are also in wait-and-see mode, said Alberico Peyron, a board member and former head of the Italian chamber of commerce in Mexico.

There was “no panic so far”, but a few executives had put plans on hold until the picture became clearer, he said, adding: “There are more who are worried than are optimistic.”

After 30 years of kicking against the establishment, the veteran Lopez Obrador, a 65-year-old former mayor of Mexico City, claimed the presidency with a promise to clean up government, cut poverty and tame Mexico’s drug cartels.

Lopez Obrador says rooting out corruption will free up billions of dollars, while he intends to save more with pay cuts for civil servants. However, critics say the cuts could affect the quality of officials in his new administration.

Johannes Hauser, managing director of the German chamber of commerce in Mexico, told Reuters the association’s annual survey of firms, currently underway, was upbeat on Mexico.

Still, initial results suggested companies were not quite as eager to invest or create new jobs as they were a year ago. And the airport cancellation had been a shock, he said.

During their campaign outreach, some of Lopez Obrador’s advisers sought to play down the airport’s importance to markets, while others suggested it was likely to be completed.

Without providing evidence, Lopez Obrador said the project – which has been under construction since 2015 – was tainted by corruption. But more than once, Lopez Obrador had raised the possibility of turning its completion into a private concession.

Incoming Finance Minister Carlos Urzua, whose team sat down with financial heavyweights such as Bank of America, BlackRock, Credit Suisse and Morgan Stanley, told Reuters in April that foreign investors were “not very worried” about the airport.

Now, the scrapping of the hub has raised the prospect of a messy legal dispute with investors that could cost billions of dollars – as well as cloud interest in new projects.

Some members of Lopez Obrador’s incoming government privately express deep misgivings about the decision to cancel the airport, which was based on a referendum organized by his own party in which barely 1 percent of the electorate voted.

They felt the poll, which critics lambasted as opaque and open to abuse, undermined the credibility he had built up over the years he spent campaigning against corruption and vote-rigging.

Lopez Obrador’s taste for rule by referendum, and changes to laws governing everything from banking to mining and pension funds that have been proposed by his National Regeneration Movement and the party’s allies in Congress, have further curdled sentiment.

“I’ve moved from being cautiously optimistic after the election, to being quite pessimistic now,” said Andres Rozental, a former deputy foreign minister of Mexico. “He’s not building on what he got. He’s destroying little by little what he got.”

Facing questions about the airport controversy from a panel of prominent Mexican journalists this month, Lopez Obrador was unrepentant about the referendum, saying that “errors” made were blown out of proportion by adversaries trying to hurt him.

“What I regard as most important in my life is my honesty,” he said. “We are not creating a dictatorship,” he added, repeating what is a frequent aside in his public pronouncements.

Nevertheless, Arturo Herrera, an incoming deputy finance minister, conceded this week that the transition had tested the next government, which must present its first budget by mid-December. 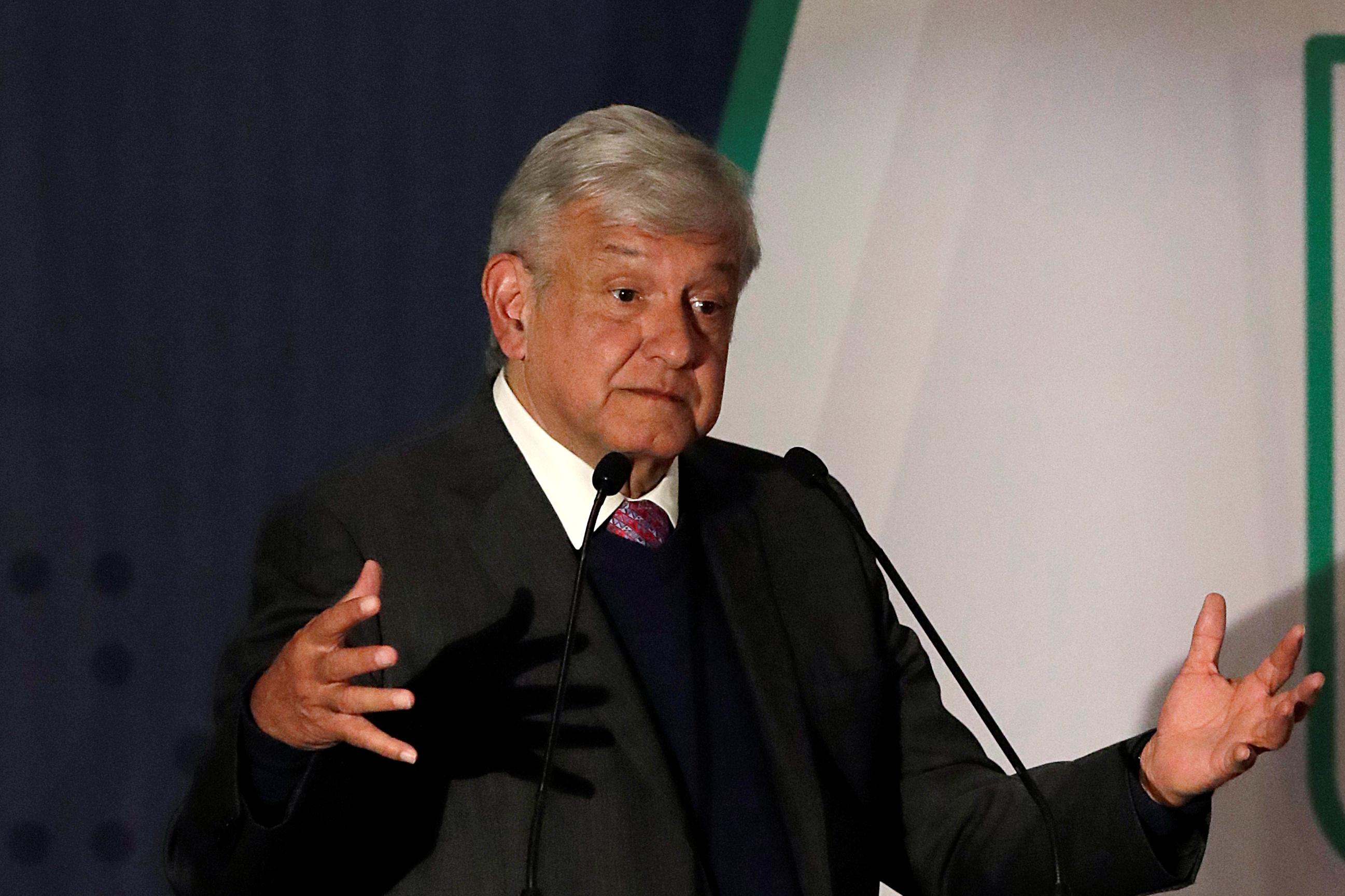 “What we’re all learning is that we need to be extremely careful,” he told Mexican television.