Both of Meghan Markle’s parents will have a formal role in her wedding to Prince Harry in two weeks’ time, Kensington Palace has revealed.

And Harry’s mother, Princess Diana, will be represented by all her three siblings – including Lady Jane Fellowes who will give the reading at the wedding ceremony. Lady Jane read a poem at her younger sister’s funeral, and is godmother to Princess Charlotte. 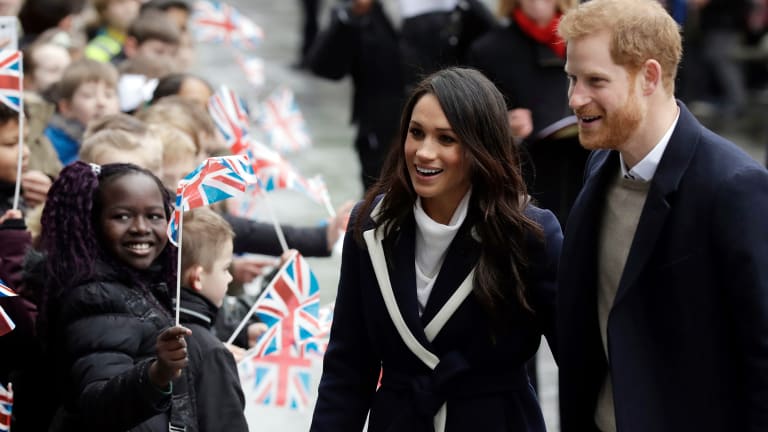 Prince Harry and his fiance Meghan Markle are greeted by flag-waving school children in Birmingham.

"Prince Harry and Ms Markle both feel honoured that Lady Jane will be representing her family and helping to celebrate the memory of the late Princess on the wedding day," the palace’s communications secretary Jason Knauf said.

Harry was keen to involve his mother’s family in the wedding, he said.

But royal watchers will be disappointed to hear that the new Prince Louis will not be at the wedding, though they will get to see George and Charlotte.

In an extensive briefing to journalists at Buckingham Palace on Friday, Knauf gave new details on the timing of the ceremony and related events.

"Prince Harry and Ms Markle are very much looking forward to welcoming Ms Markle's parents to Windsor for the wedding," he said. 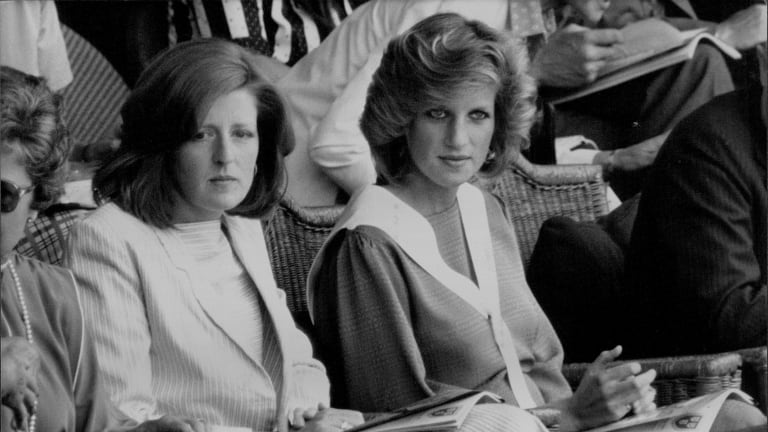 Lady Jane Fellowes pictured with Princess Diana at Wimbledon in 1984. Lady Jane will give a reading at Prince Harry’s wedding.

Thomas Markle and Doria Ragland will arrive in Britain in the week leading up to the Windsor Castle wedding.

They will – for the first time – meet senior royals including the Queen, the Duke of Edinburgh, the Prince of Wales, the Duchess of Cornwall, and the Duke and Duchess of Cambridge, and "spend time with them before the big day," Knauf said.

On the morning of the wedding, Markle will travel with her mother by car to Windsor Castle. Markle's father will then walk his daughter down the aisle of St George's Chapel.

"Ms Markle is delighted to have her parents by her side on this important and happy occasion," Knauf said.

Knauf said Markle would not have a maid of honour, as she "has a close group of friends and didn’t want to choose one over another", but her friends will be with her in Windsor and London in the lead-up to the wedding. 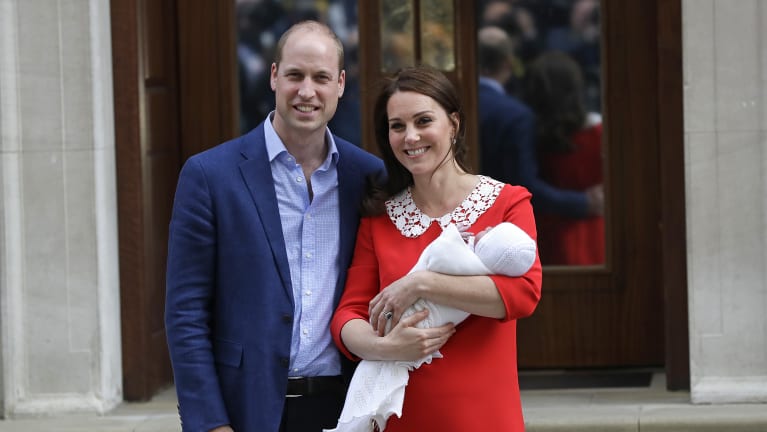 However many of the details of the wedding remain under wraps, and some – including the rings and the bridal gown – will be kept secret until the event itself.

There’s no hint as to when the couple might pose for a kiss – "I have no comments on kissing today", Knauf said.

Also under wraps are the identities of the bridesmaids and page boys – all children, as per English tradition.

And the palace is not yet confirming that the Duke of Edinburgh, who is recovering from a hip replacement in early April, will be fit enough to attend, though he "very much hopes so".

The main factor out of the palace’s control will be the weather. Knauf said it was something the Prince’s private secretary, who is the chief wedding organiser, "is very paranoid about".

The event will be a combination of royal traditions and popular innovations.

"This wedding will be guided by tradition, allowing everyone to celebrate what makes royal weddings so special, but also one which reflects the personalities of Prince Harry and Ms Markle," Knauf said. 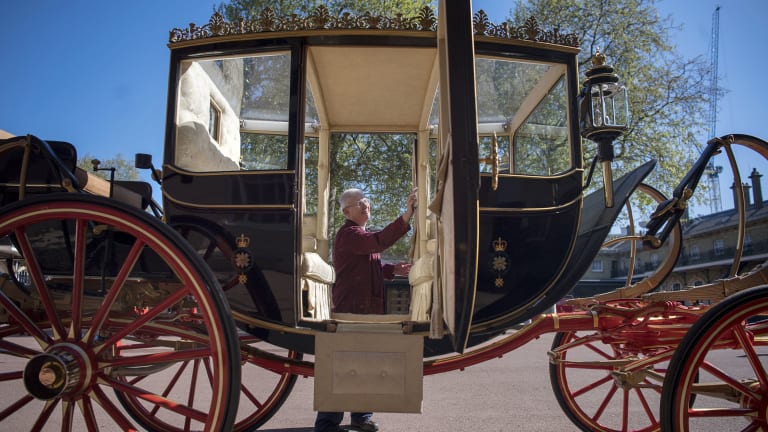 Tens of thousands of well-wishers are expected to cram into the medieval town of Windsor on the day of the wedding, though the most they can expect to see (apart from on public TV screens) is the couple’s carriage procession after the wedding.

Those in town the night before, however, may get lucky if – as happened before – Harry and his brother decide to make an impromptu visit to meet the keenest of royal fans on the streets of Windsor.

More than 5000 members of the British and international media will also be in Windsor on the day.

The couple will go on their honeymoon "pretty much straight away" after the wedding, though not before their first official engagement as a married couple some time in the week following the wedding.

The palace has not revealed where their honeymoon will be.