‘Fastest girl in America’ Mary Cain sues Nike and former coach Alberto Salazar for $20 million alleging years of abuse, saying he ‘forced her to get on a scale in front of others and telling her she was too fat and her breasts and bottom were too big’

Former track phenom Mary Cain has filed a $20million lawsuit against former coach Alberto Salazar and his former employer, Nike, alleging that she suffered mental and physical abuse during her four years at the firm’s Oregon Project.

Cain, 25, alleges in a lawsuit filed in Multnomah County, Oregon state court on Tuesday that Salazar humiliated her publicly on several occasions by disparaging her weight after making her get on a scale in front of other people.

‘Salazar told her that she was too fat and that her breasts and bottom were too big,’ the lawsuit, which was first reported by The Oregonian/Oregon Live, alleges.

The former coach, 63, would also police Cain’s meals to the point where she had to steal candy bars from teammates in order to feed herself.

Salazar’s alleged obsession with Cain’s weight forced her to develop an eating disorder. The lawsuit also alleges that she was driven to generalized anxiety and post-traumatic stress disorders. To cope, she started cutting herself, it was alleged. 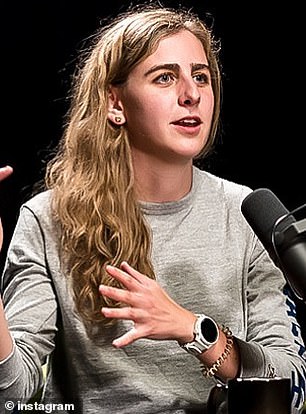 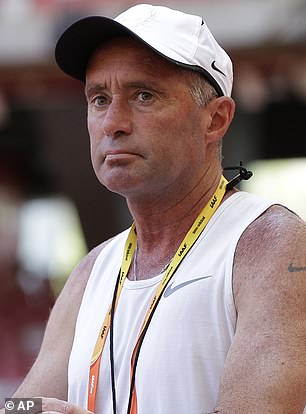 Former track phenom Mary Cain (left) has filed a $20million lawsuit against former coach Alberto Salazar (right) and his former employer, Nike, alleging that she suffered mental and physical abuse during her four years at the firm’s Oregon Project 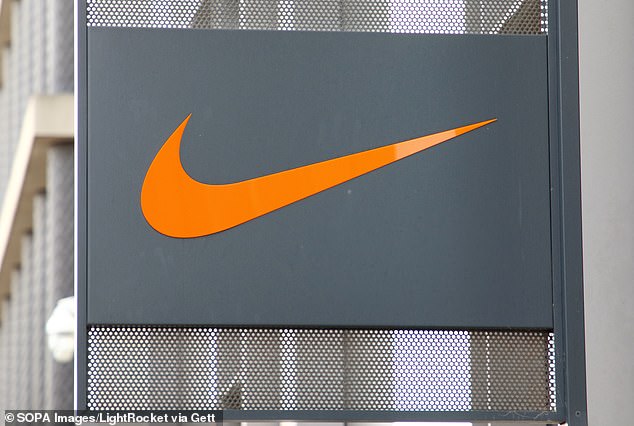 Nike was made aware of the abuse, according to the lawsuit, but failed to intervene.

‘Companies are responsible for the behavior of their managers,’ Cain’s attorney, Kristen West McCall, said.

‘Nike’s job was to ensure that Salazar was not neglecting and abusing the athletes he coached.’

She added: ‘Nike was letting Alberto weight-shame women, objectify their bodies, and ignore their health and wellbeing as part of its culture.

‘This was a systemic and pervasive issue. And they did it for their own gratification and profit.’ 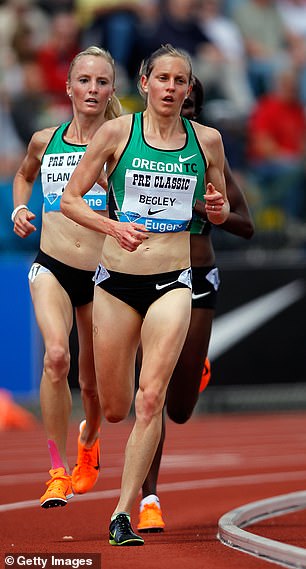 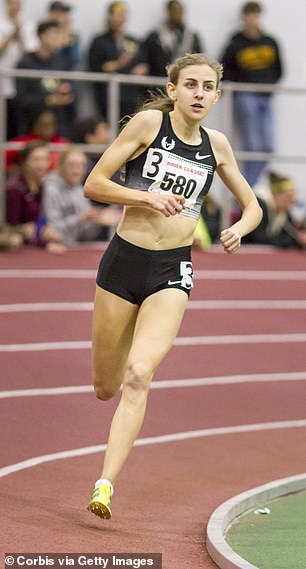 In 2019, a handful of runners, including Mary Cain (right), Kara Goucher and Amy Yoder Begley (left), revealed that they had been emotionally and physically abused while working with Salazar as part of the Nike Oregon Project team 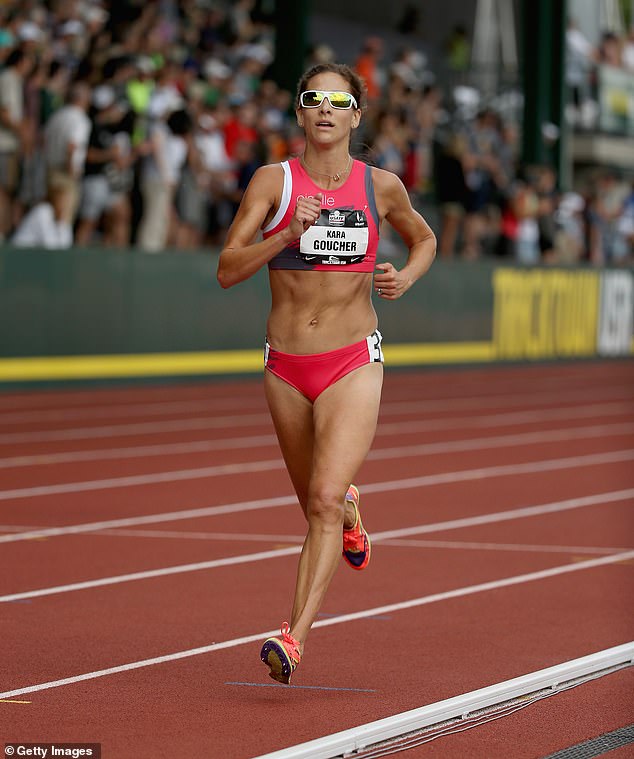 Kara Goucher runs in the Womens 5,000 Meter during day four of the 2015 USA Outdoor Track & Field Championships at Hayward Field on June 28, 2015 in Eugene, Oregon. Goucher is among several runners who came forward to accuse Salazar of emotional abuse

She also insisted that the company allow an independent party to investigate Salazar.

The Cuban-born Salazar has denied the allegations made by Cain, who was with the Oregon Project until 2016.

Salazar is the former marathon champion who, as coach of the Nike Oregon Project, trained a long list of championship distance runners including Mo Farah, Galen Rupp and, for a time, Kara Goucher.

In 2019, a handful of runners, including Goucher, Mary Cain, and Amy Yoder Begley revealed that they had been emotionally and physically abused while working with Salazar as part of the NOP.

In July, Salazar was permanently banned by the US Center for SafeSport for sexual and emotional misconduct. The SafeSport center does not reveal details of investigations, so the specific sexual misconduct allegations remain unknown, publicly.

The NOP was disbanded in 2019 – shortly after Salazar was banned for a series of doping-related violations. Last month, Salazar received no relief from the Court of Arbitration for Sport, which upheld the ban.

The judges confirmed Salazar had broken anti-doping rules and had been banned in line with current guidance, but they also were critical of US Anti-Doping Agency’s handling of the case over several years.

Tipped off by Goucher and others, the USADA investigated Salazar and the running team for about six years before handing down sanctions in 2019.

Among Salazar’s practices, according to the USADA investigation, was sending athletes to Brown’s office to be infused with a supplement called L-carnitine at doses that surpassed allowable thresholds; the coach also experimented on his sons using testosterone gels. 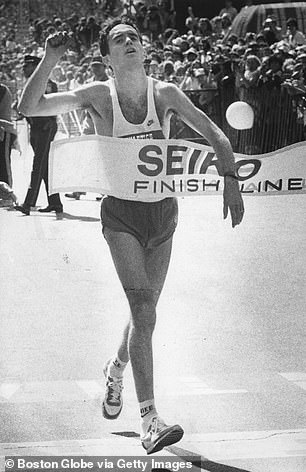 Alberto Salazar crosses the finish line of the Boston Marathon, winning in 2:08:51, in 1982

Salazar has long proclaimed he did nothing wrong.

‘The decision reaffirmed that no Nike Oregon Project athlete was ever doped, that no competition was impacted by these technical violations, and that I generally took great care to ensure that any new techniques, methods and substances were lawful under the WADA Code,’ Salazar said in a statement earlier this year.

The upholding of the doping ban might not have any practical effect on the 63-year-old coach, who is appealing a lifetime ban handed down earlier this summer by the U.S. Center for SafeSport for sexual and emotional misconduct.

In 2019, a handful of runners, including Goucher, Mary Cain, and Amy Yoder Begley revealed that they had been emotionally and physically abused while working with Salazar as part of the NOP, which was disbanded shortly after the doping ban was revealed.

Arbitrators who decided the case in USADA’s favor during the appeal that led to the 2019 decision said that in addition to the L-carnitine infusions, there were ‘numerous other examples of this type of ‘medical’ direction in the record of this case.’

The directions involved calcium supplements, anti-inflammatories, sleep medication and the consistent pushing of thyroid medicine that is often used to increase metabolism and control weight.

The CAS and SafeSport decisions appear to be career-enders for Salazar, who won four major marathon titles in New York and Boston in the early ’80s, then went on to found NOP, which stood as one of the world’s most-renowned track clubs for nearly two decades.

The CAS judges repeated that none of Salazar’s rule-breaking they had seen ‘directly affected athletic competition.’

Nike employees in Beaverton, Oregon protested on the company campus in 2019 when the company re-opened a building named for Salazar.

Female and male employees held signs bearing such slogans as ‘Do The Right Thing’ and ‘We Believe Mary,’ the latter of which is a reference to Cain, a distance runner who quit a Nike-funded track team before claiming in a New York Times op-ed that she was ’emotionally and physically abused by a system designed by [coach Alberto Salazar] and endorsed by Nike.’