An off-duty police officer has been taken to hospital after he was stabbed in an attempted car-jacking in Birmingham.

Officers were called to reports of a stabbing on Moreton Avenue, Great Barr, shortly after 1.30pm on Wednesday, West Midlands Police said.

The off-duty police officer, who is in his twenties, was walking down the road when he was approached by the attacker. 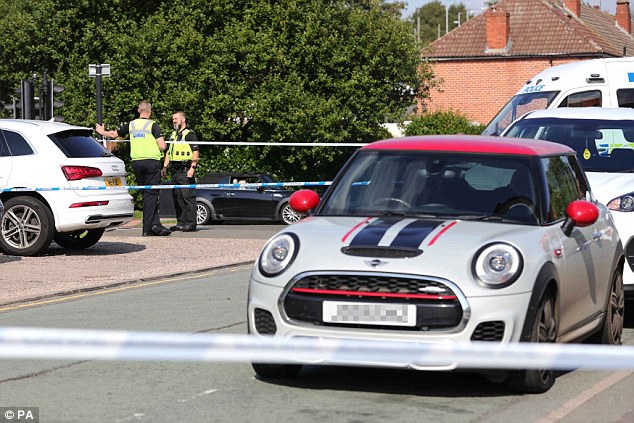 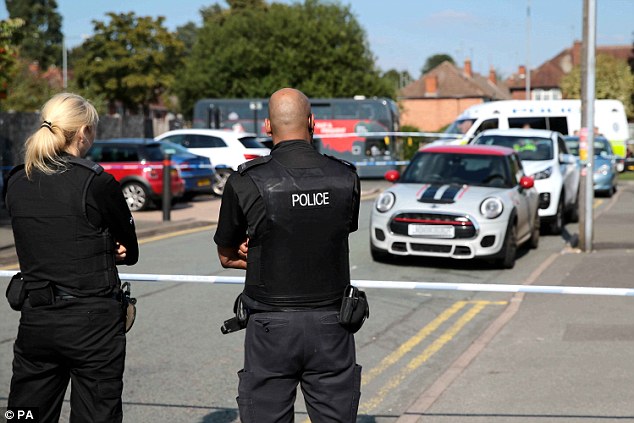 The officer, who is in his 20s, was stabbed by the thief during the lunchtime struggle 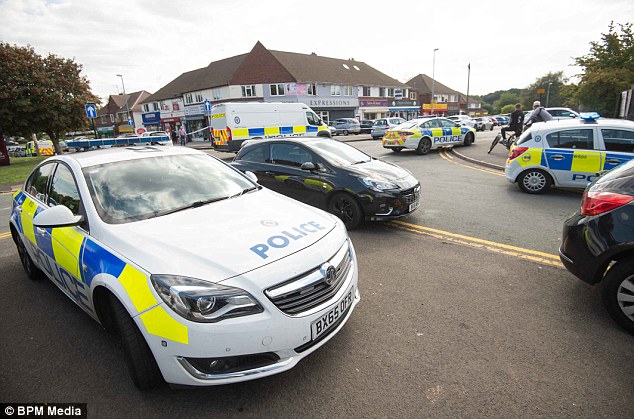 The officer had to be airlifted to hospital following the incident on Moreton Avenue, Great Barr in Birmingham 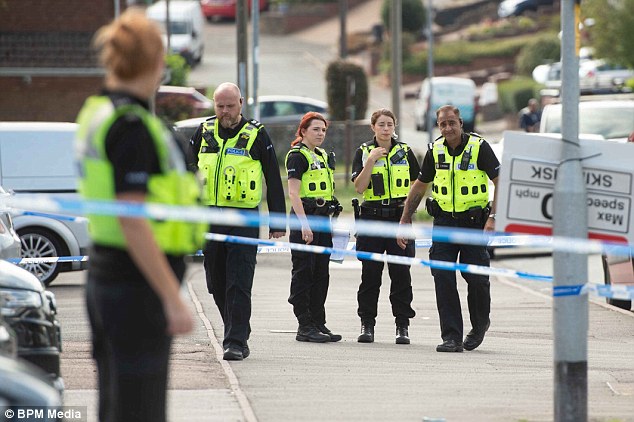 The force said the suspect demanded the keys to the victim’s car before stabbing him in the chest.

His injuries are not believed to be life-threatening or life-changing but he was taken to hospital by an air ambulance crew.

The offender made off from the scene in a dark blue Ford Fiesta, police said.

Witness Sandy Dhanda described how she saw the attacker, who appeared to be holding a white object, make a stabbing motion towards the car driver after chasing him.

The shop worker told reporters: ‘I heard a car screech, reverse and then come over to the middle of the road.

‘A young guy with a scarf over his face ran over shouting ‘give me the car key’.

‘All of a sudden I saw a white tissue or something and he was doing a stabbing motion towards him.

‘In the 18 months I’ve been here I have never had a problem – it’s a good area and it was shocking. I’m still shaking now.’

The victim is believed to have made his way to a nearby estate agent, where he was helped by staff.

A local resident, who asked not to be named, said: ‘I looked over and saw the cordon and then the helicopter.

‘The poor guy was treated in the estate agents and it took them what seemed like a long time to bring him out to take him to hospital.

‘It looks like the people that did it already had a car and what they have done is utterly mindless.’

West Midlands Police have urged anyone with information to come forward. 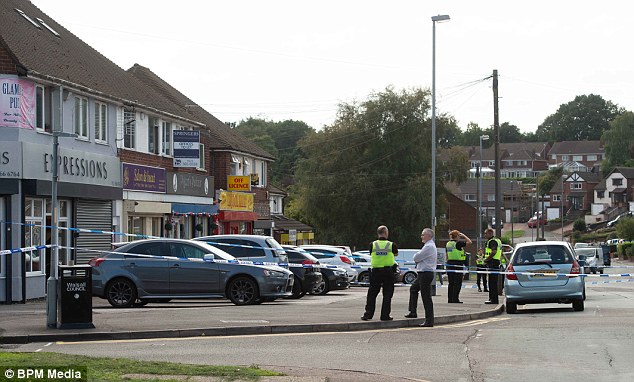