A shooting at a bar in Thousand Oaks, west of Los Angeles in California's Ventura County, has left at least 11 people injured and an unknown number of fatalities.

Police received reports of shots fired at the Borderline Bar & Grill about 11.20pm on Wednesday. They said they believed about 200 people were in the venue at the time. 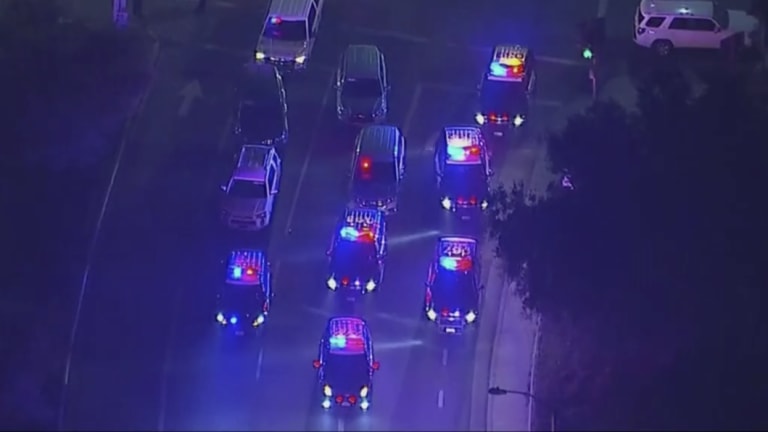 Police vehicles block an intersection near the scene of the shooting.Credit:KABC

Captain Garo Kuredjian from the Ventura County Sheriff's office told reporters that when officers arrived on the scene they heard shots being fired and "attempted to neutralise the threat".

When deputies arrived, they exchanged gunfire with a suspect and one of the deputies was wounded, according to Captain Kuredjian, who did not know if the gunman had been hit.

He said police believed the shooter was still inside the bar, but assured surrounding residents there was no threat.

He said there were 11 casualties, but could not confirm their conditions.

The public information officer from the Ventura Country Sheriff's Office said there was an unknown number of fatalities. He said the number of casualties was rising, with some people in the bar taking themselves to hospital and presenting themselves to local emergency departments. 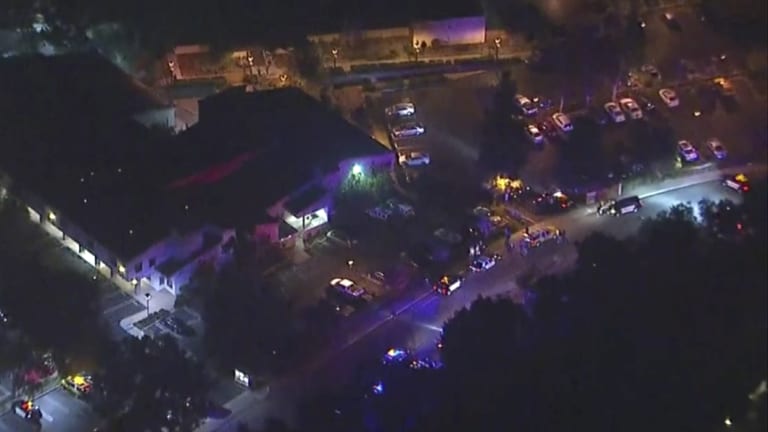 The scene of the shooting.Credit:KABC

The LA Times reports the FBI’s Joint Terrorism Task Force had been dispatched to the scene.

Witnesses told The LA Times someone ran into the bar about 11.30pm, US time, and started firing what appeared to be a black pistol.

"He shot a lot, at least 30 times. I could still hear gunshots after everyone left,” said one person, who did not give a name.

Aubrey Ryan, 27, of Newbury Park, was in the front of the restaurant with at least 15 friends when a man came in and started shooting at the ceiling.

The gunman shouted something, but Ryan could not hear what he said. A friend threw her onto an outdoor balcony as the gunfire rang out so she could escape, said Ryan, who feared some of her friends were still inside the bar.

A distraught witness who was inside the bar with his stepson during the shooting told KABC-TV those inside the venue were mostly teens.

"There was just young people, 18, 19, 20, just having a great time, and this maniac came in and started shooting people for no reason at all. These people have never hurt anyone in their lives, they are just kids," he said.

"We had to get out of there, and I apologise for leaving," the visibly distressed man said. "It still feels like I didn't do what I should have done."

Carl Edgar, a 24-year-old Tarzana resident, told The LA Times he had about 20 friends inside the bar, where he was a regular.

The bar is an extremely popular hangout for Moorpark College students on Wednesday nights, according to Edgar, who wasn’t there on Wednesday night, but was speaking with friends who were inside when the shooting began.

One texted him that she was hiding in a bathroom, fearing for her life. But Edgar said he was hopeful that his friends were safe.

Some of them had been through this before.

“There are a few people we can’t get a hold of, but in these situations people usually turn off their phones to be safe so I’m not gonna get too worried. A lot of my friends survived Route 91,” he said, referring to a mass shooting that killed 57 during a country music festival in Las Vegas last year.

“If they survived that, they will survive this.”

Ventura County Fire Department said on its website that firefighters and first responders were at the scene of a reported shooting in Ventura County in California. They say there are "multiple injuries".

The department advised nearby residents about midnight there was an "ongoing active shooter incident" at Borderline.

Borderline is a country music bar that hosts live music events. A "College Country Nights" event was being held on Wednesday evening, according to the bar’s website.