Hundreds of eagle-eyed social media users have been left stumped after being asked to spot a massive carpet python snake hidden in an outdoor shed.

An image of the reptile lurking in a Queensland homeowner’s cupboard was shared by the Sunshine Coast Snake Catchers on Wednesday.

‘Amongst all the panic I think a good old fashion game of ‘Spot the Snake’ is what we all need,’ the company shared online.

‘See how you go finding this one and bonus points if you can guess the species.’ 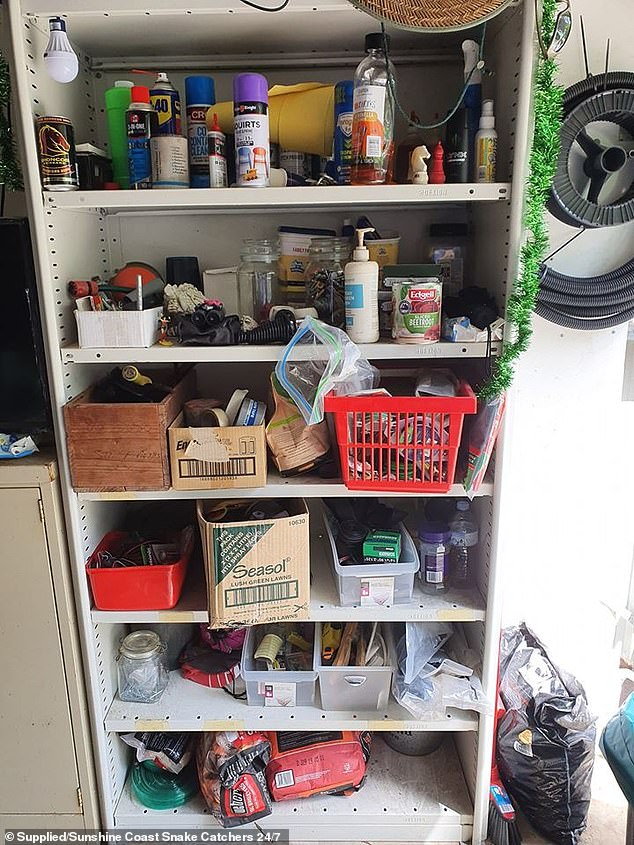 Sharing the image, the company revealed they would continue to operate as usual despite widespread directives around social distancing.

‘Snakes don’t stop for no virus,’ the company wrote.

‘We will start employing distancing at snake calls but lets be honest we already make sure our customers stand well clear of us when we are catching the snakes.’

Many were stumped by the snake’s hiding spot, guessing wildly where it could be lurking.

One joked the snake had wrapped itself around the hose reel while another person was more concerned about the Christmas decorations sitting around months after the holiday ended.

Snake-catcher Stuart McKenzie confirmed the snake was hidden on the third shelf from the bottom on the right-hand side of the Seasol box.

Mr McKenzie told the Daily Mail Australia the reptile is a non-venomous coastal carpet python which is the ‘most common snake they catch across the Sunshine Coast’.

The company is still receiving significant business despite the coronavirus pandemic causing a standstill across the country.

‘It’s slowed down a little but we still had nine jobs yesterday. I was thinking more people being at home might ‘up’ the calls if there are more people at home to see snakes,’ Mr McKenzie said. 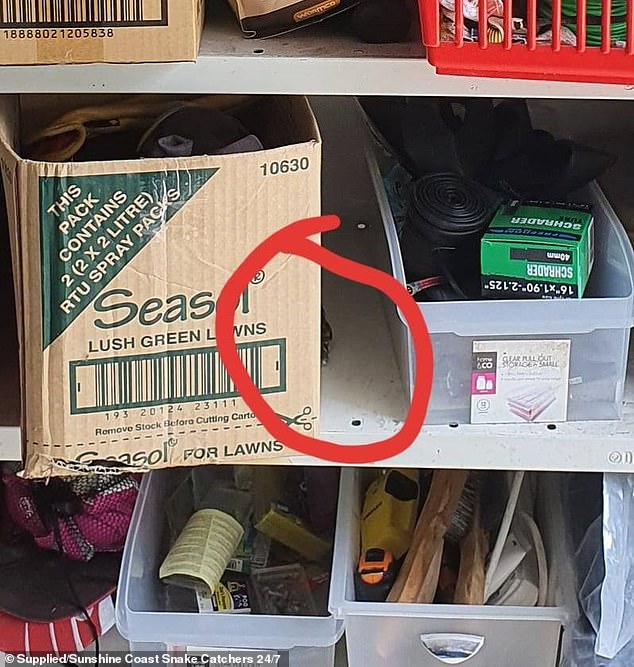 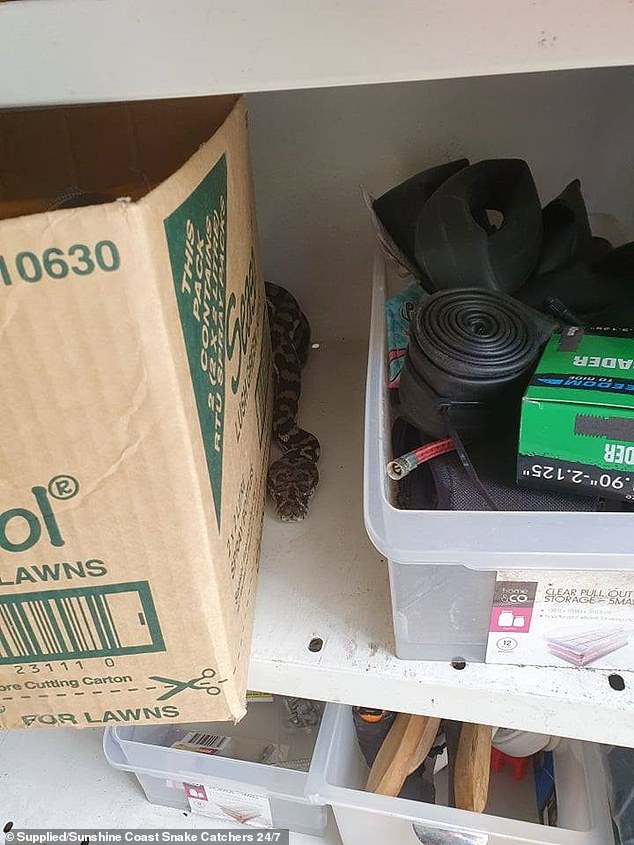