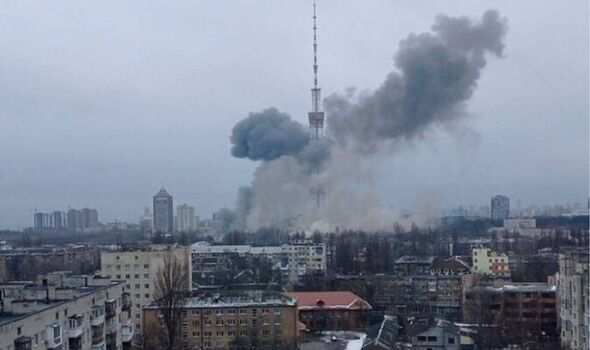 According to Ukrainian Interior Ministry adviser Anton Herashchenko, the television tower in the capital has been attacked by Russian forces. It could potentially disrupt its signal. The local 1+1 TV channel said work will be done to restore any lost signal. The tower is next to the Babi Yar Holocaust Memorial Center, site of massacres carried out by Nazi forces on 29–30 September 1941.

Overnight, at least 11 people were killed by Russian rocket attacks on the eastern Ukrainian city of Kharkiv, according to Ukrainian officials.

More than 500,000 people have fled the country since the invasion, another UN official said on Monday – among the millions who have left their homes.